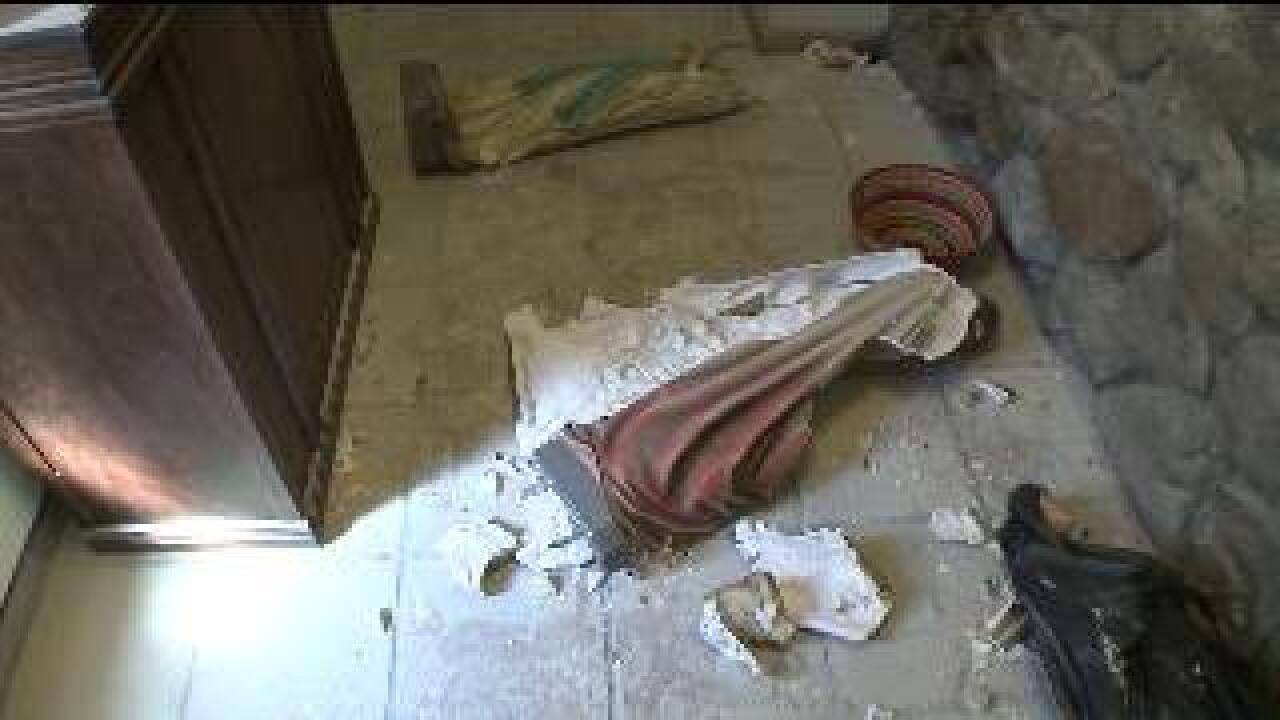 MAGNA, Utah – Vandals destroyed priceless statues and artwork at a Catholic church in Magna late Saturday night, and this is the fourth time someone has broken into this church.

Church goers said this is the second break in at Our Lady of Lourdes Catholic Church this year, and they said things get worse with each incident.

Deacon Rick Huffman of Our Lady of Lourdes Parish said it appears the church has become a target.

“Somebody, it seems like, has a vendetta against this church or against the Catholic Church,” he said. "To me it's purely evil.”

Services couldn’t be held at the church Sunday morning until after the mess was cleaned up. Despite the damage, the priest encouraged those in attendance to forgive the vandals and pray for their salvation.

Church member Melanie Dern was upset by the vandalism.

“No one should come into a church and destroy their statues, all their religious items: It's not right,” she said.

“You forgive them and hope the best comes out of this and just move on,” he said. “That's all you can do.”

The vandals stomped on a picture of the pope and smashed statues from the 1920's. Many of the items destroyed are irreplaceable parts of the church’s history. Dern said it has been difficult to cope.

I started crying,” she said. “My husband was with me. He was baptized in this church. He was raised here, and we both had a good cry.”

The vandals broke into the church through a side door. The priest is on vacation, so there wasn’t anyone at the church to stop the vandalism.

“They cleaned out our refrigerator,” Dobesh said. “They threw out our ketchup, mayo, our Coke. It's Cokes everywhere, coffee grounds everywhere: It's a total mess.”

The vandals took two chalices, two gallons of wine and the key to the tabernacle. Police said they have solid evidence in the case, but so far they don’t have any suspects.

Dern said the congregation will carry on despite the setback.

Anyone with information regarding the crime is encouraged to contact the Unified Police Department.