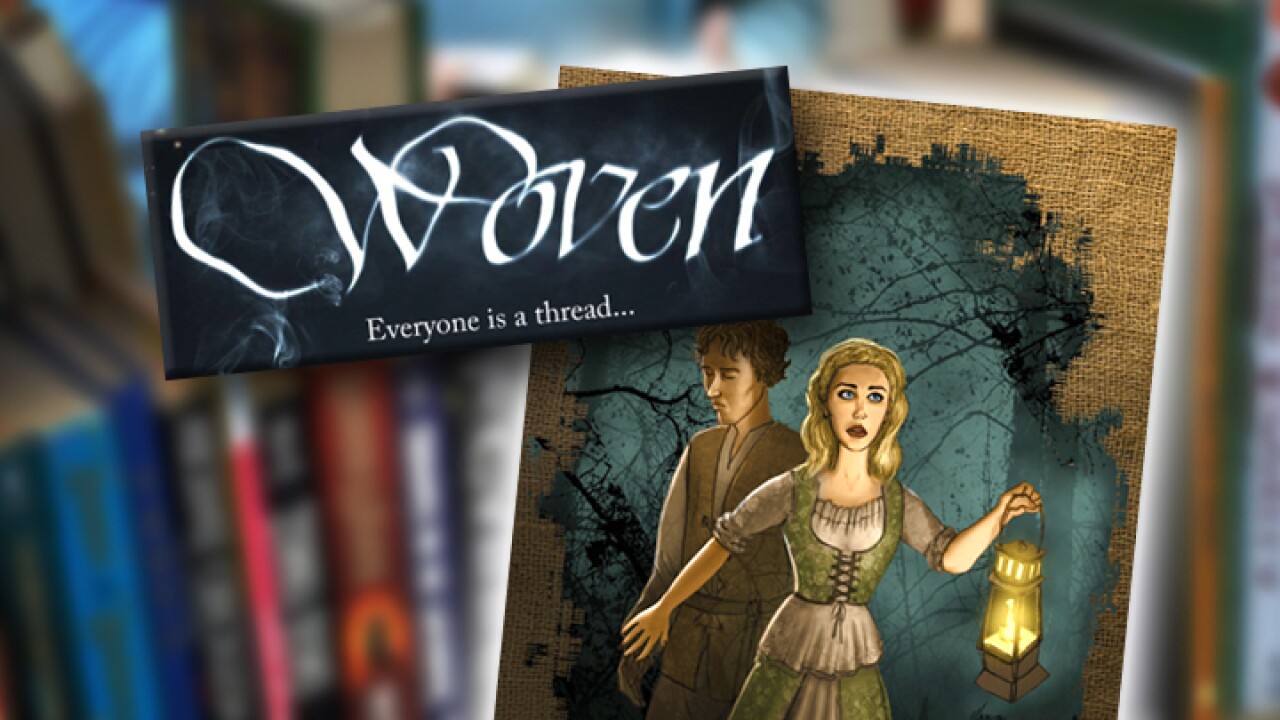 SALT LAKE CITY -- A local author said a Springville publisher refused to publish his upcoming novel because he is gay.

The book “Woven” was a project by authors David Power King and Michael Jensen, who teamed up about five years ago.

The fantasy novel was supposed to be released in October of this year by Cedar Fort Publishing, but the two learned on Monday that the deal had been canceled.

“It certainly was not easy,” King said. “We had both worked on this for so long.”

According to the authors, they began having problems with the publisher in the beginning of August when Jensen noticed a proof of the book excluded a line from his biography.

“My one concern was that my bio was missing the last sentence, which said that I lived in Salt Lake with my partner and our four dogs,” Jensen said. “David had written about his wife and kids, and I felt that the parallel was really good. And I felt like that they were going to be OK with that, and it seemed fair to me.”

However, when Jensen, who is openly gay, contacted his editor about the issue, he was told the line had raised concern amongst staff at Cedar Fort.

An excerpt from the editor’s response said, “I was concerned about your bio and wondered what effect it would have with our LDS buyers…We will have much better sales if we can get into Deseret Book and Seagull.”

The editor referred Jensen to the company’s founder, Lyle Mortimer, who Jensen said he later called to discuss the issue. According to Jensen, Mortimer became inappropriate and offensive, and accused him of having an agenda. Soon after their conversation, Cedar Fort decided not to publish the book.

“It’s a word. It’s the word ‘partner,’” Jensen said. “It’s very non-gender specific, and so yeah for me, for the whole thing to fall apart over one word that I think the majority of people are understanding and are OK with, it feels ridiculous to me, but it ultimately, it just hurts.”

Both stores mentioned in the email from Cedar Fort’s editor are owned by the Church of Jesus Christ of Latter-day Saints.

Deseret Book refused to comment on this story, while an official with Seagull Book would only say Cedar Fort’s decision was based on speculation.

“We understand some of the silly things they have problems with, and so because of that we know that that would have been a problem,” Bryce Mortimer said.

Cedar Fort’s long history with the companies indicated to Mortimer that the line would have kept the book from reaching their shelves.

“I’ve seen them turn books away for us for less than that, for having beer cans underneath the seat of a truck,” he said. “We wanted to get as many sales as we can with this book, but we just knew if we had that they would censor it, and they would have a problem.”

The decision to cancel the deal was not because Jensen was gay, according to Mortimer, but because the company felt he was too intent on publishing the information.

“I think where it started becoming uncomfortable for us is where he really started to push it and almost use our company as a springboard for supporting that,” Mortimer said.

As a member of the LDS church, though, King does not believe Mortimer’s feelings resonate with the community the publisher is trying to appease.

“I know plenty of people in the Mormon community who do not agree with the decision that Cedar Fort has made, and I’m not going to blame the masses for the few,” he said.

King and Jensen said since they were dropped by Cedar Fort, they have been contacted by publishers and agents from all around the country.  As of yet, they have not signed with anyone else.

“We’re just looking for a new home for our book, for ‘Woven.’ Hopefully, we’ll find a publisher who is a little more accommodating to the both of us who will support that, who will not be afraid of that,” Jensen said.