‘The man with the 132-pound scrotum’: Unraveling the medical mystery 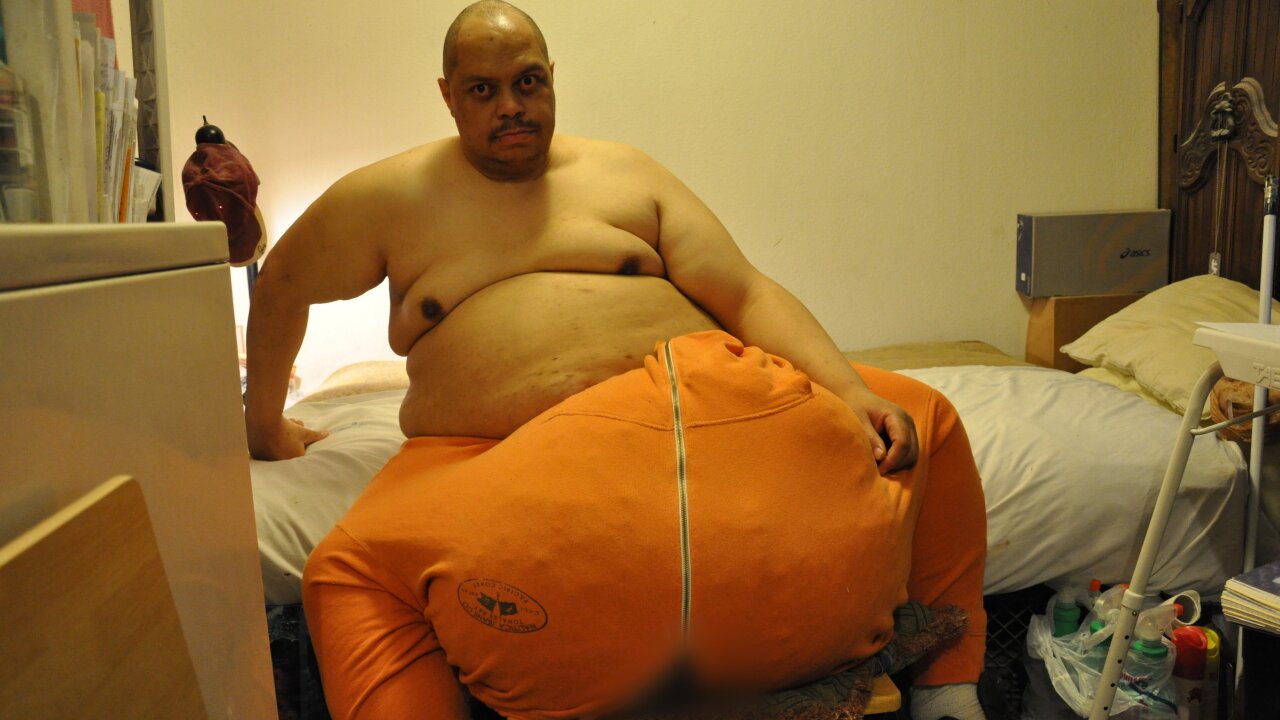 Wesley Warren, 49, spent more than four years with this extra burden before having surgery to repair the damage from a rare medical condition called scrotal lymphedema.

By CNN Staff
(CNN) — Imagine carrying a bowling ball between your legs that weighs close to 200 pounds. If that image is too much to stomach, continue reading with caution.

Wesley Warren, 49, spent more than four years with this extra burden before having surgery to repair the damage from a rare medical condition called scrotal lymphedema.

When doctors placed the swollen mass they had cut from Warren’s scrotum on the scale, it weighed 132 pounds. That’s not counting the fluid or smaller pieces of tissue the surgeons had also removed from the Las Vegas man.

“There are a lot of people that will look and laugh and stare in shock and awe and amazement,” Warren says as he walks down the street in a preview for TLC’s upcoming show “The Man with the 132-Pound Scrotum.” The one-hour special airs Monday at 9 p.m. ET/PT.
“It’s tough to deal with it, you know, because essentially, this is a sort of living and breathing freak show.”

It began in 2008, Warren told TLC, when he awoke to a shooting pain in his testicles. The tissue around his penis soon began to swell, eventually growing at an estimated rate of 3 pounds per month.

One doctor told Warren that it might be necessary to castrate him to fix the problem; others told him that he would probably die on the operating table. And the cost of the surgery alone would be in the hundreds of thousands of dollars. After Warren appeared on the Howard Stern radio show, appealing for help, a fellow scrotal lymphedema sufferer referred him to Dr.Joel Gelman, who offered to do the surgery for free.

Gelman, director of the Center for Reconstructive Urology at the University of California, Irvine, specializes in urethral and penile reconstruction surgery.

Although the headline of TLC’s special is catchy, scrotal lymphedema is a very real condition, Gelman said. He hopes media attention surrounding the show will encourage other men with the problem to seek treatment.

Here are some more answers about this condition:

What is scrotal lymphedema?

Scrotal lymphedema, also known as scrotal elephantiasis, is a “massive enlargement” of the scrotum due to thickening of tissue and accumulation of fluid, Gelman said.

Outside North America, scrotal lymphedema is often caused by a parasitic infection called lymphatic filariasis that’s spread by mosquitoes. “Thread-like worms” lodge themselves in the lymphatic system, according to the World Health Organization, where they can interfere with a person’s immune system.

But lymphatic filariasis is virtually unheard-of in the United States, Gelman said. Most cases of scrotal lymphedema here are caused by blockages in the lymphatic vessels that prevent fluid from draining from the area. Doctors are unsure what causes this blockage; in Warren’s case, Gelman believes it was an injury or trauma to his scrotum.

What are the symptoms?

The most obvious symptom is a large scrotum; this can range in size from a grapefruit to a basketball. But the mass doesn’t “max out” at any particular size, Gelman said. It will keep growing until the patient seeks treatment.

Warren’s scrotum was the largest Gelman had ever seen.

“(Warren) didn’t report that he was always in pain, but I think the biggest problem is that the sheer size of the mass made it very uncomfortable for him,” the surgeon said. “It’s like lifting weights to take a step.”

Warren’s penis was “buried” about a foot under his skin, Gelman said, but fully functional. A tunnel of sorts had formed from the tip to the top layer of his swollen skin, allowing Warren to urinate without assistance.

How common is scrotal lymphedema?

It’s rare, especially in the United States. Definite numbers are difficult to come by, and the condition may be underdiagnosed due to physicians’ lack of awareness, Gelman said. Many patients with the condition are also obese and are simply instructed by their doctors to lose weight.

How do you treat it?

Surgery is usually the best option to remove the swollen tissue, Gelman said. A surgeon who specializes in this type of procedure will cut a T-shape in the mass, identify the penis and testicles to make sure they aren’t harmed and then excise the excess tissue. The surgeon will then use undamaged tissue to cover the penis and scrotum.

How is Warren doing now?

Warren is walking again and enjoying life, Gelman said. He’ll need a follow-up surgery to remove some additional skin that was damaged by his condition. Gelman will perform a skin graft to cover the penis and scrotum.

Um, what if I think I have it?

If you are experiencing the symptoms noted above, see a doctor as soon as possible. Ask for a referral to a specialist if your primary care physician is unfamiliar with these types of conditions.

An unusually large scrotum can have a variety of causes, Gelman said. One of the most common is a hernia, in which a small part of the intestines enters the scrotum. Another cause is fluid buildup on one side of a man’s body between the testicle and the skin; this is called hydrocele. All are treatable and usually not life-threatening unless left too long.