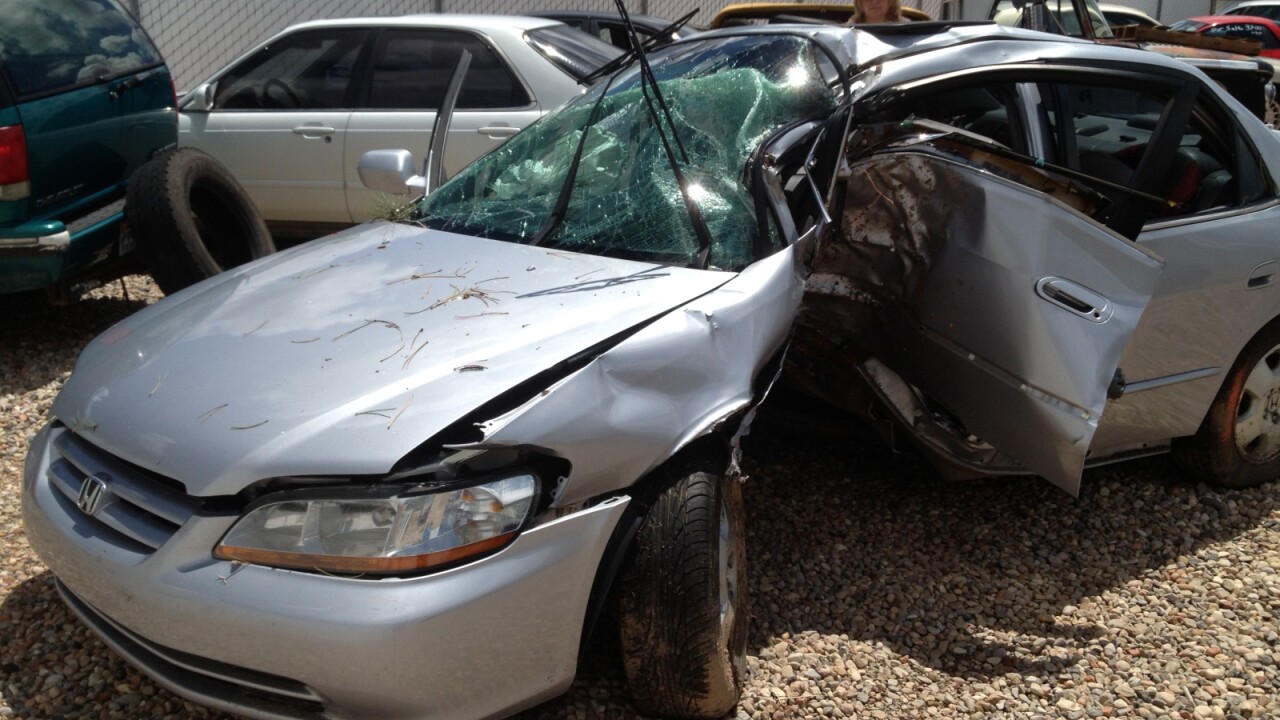 CEDAR CITY, Utah – A pregnant woman and her husband who hydroplaned and went off the road while driving in rainy conditions near Cedar City three weeks ago said that seat belts saved their lives.

The pregnant woman, Melissa Windley, teaches child development at a local high school, and, coincidentally, one of her lesson plans is about the proper way to wear a seat belt.

She said a lot of pregnant women don’t know that they should wear their seat belt below their baby bump rather than across it or on top of it, and she said that knowledge may have saved her baby’s life.

Chris Windley survived the crash as well, and he said their car sustained heavy damage.

“The whole driver's side of the car was pretty much crushed like a sardine can,” he said. “Steering wheel on top of the dashboard, air bags deployed up, not out like it's supposed to. I honestly think it was a miracle.”

The Windleys were traveling home from Las Vegas, and they had made it a couple hundred miles before the rain hit.

“Even with the wiper blades on high, it was still kind of difficult to see,” Chris Windley said. “A semi passed in the right lane, it happened so quick. It was like a wall of water. I couldn't see anything. I took my foot off the gas and was just letting the car coast.”

The car they were traveling in hydroplaned and spun off the road, went down an embankment and crashed into a tree.

“He pulled himself out the back window to see if the car was on fire, and then he said, ‘Are you okay?’ I'm feeling, and I'm like, 'Oh my gosh, the baby!' And he could see I was OK, and he just passed out,” Melissa Windley said.

The pair walked away with a few bruises, but the car was destroyed.

“Everyone we talked to that saw the car was just like, 'It's a miracle,'” Melissa Windley said. The couple has had an ultrasound since the accident, and they said the baby is doing just fine. 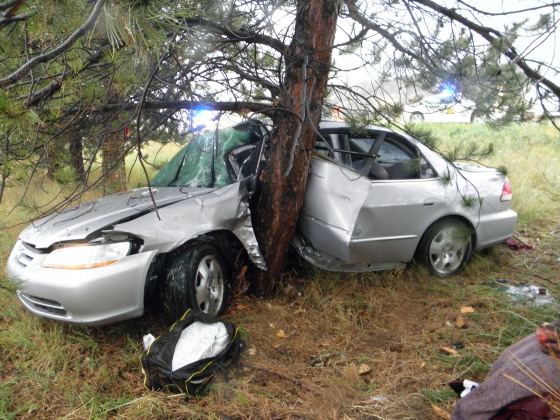