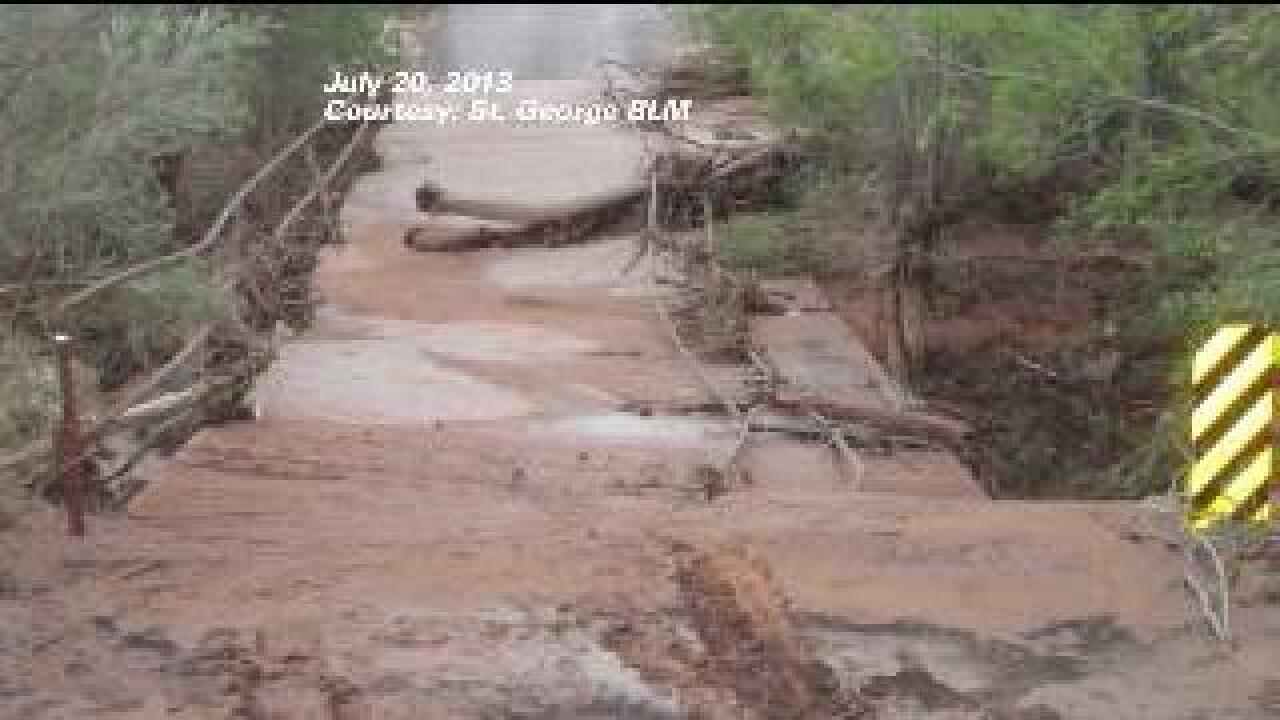 ST. GEORGE, Utah  --  Flooding in July caused a popular recreation area in southern Utah to be shut down, but the area is open again this week.

The Red Cliffs National Conservation Area is right in the middle of St. George at 345 East Riverside Drive, and several of its low-lying areas were damaged by flooding in last month’s storms.

Jimmy Tyree, Bureau of Land Management field office manager for St. George, said repairs have been made but there is still work to be done.

“It created a huge mess in the recreation area,” he said. “We had boulders, trees washed out, a lot of sediment.”

A pedestrian bridge at the area was washed out by a flash flood on July 20, and water filled fire pits and damaged several culverts.

“We closed it at that time for safety reasons and to allow us to repair it,” Tyree said. “It’s a very popular recreation area, and we wanted it to get put back to operations as quick as possible.”

The work has taken several weeks. Some trees had to be completely removed. Officials said about 38,000 people visit the recreation area each year, so they were glad to have the area open again Monday.

“I was planning on coming a couple times, but I didn’t watch the news or anything, so you just drive, and then you see that the gate’s closed,  and you’re like, ‘Oh,’” he said.

Hiker Faith Weinberg said it’s a beautiful place to be.

“It's really lovely,” she said. “The red rock, the trees, a little bit of water. Of course, I could live without the water now that my shoes are all muddy and mucky.”

Officials said there are still some rails that need to be replaced and some roadways need more dirt added to them, but they said the major areas are clear and people are welcome to come back and enjoy the area.