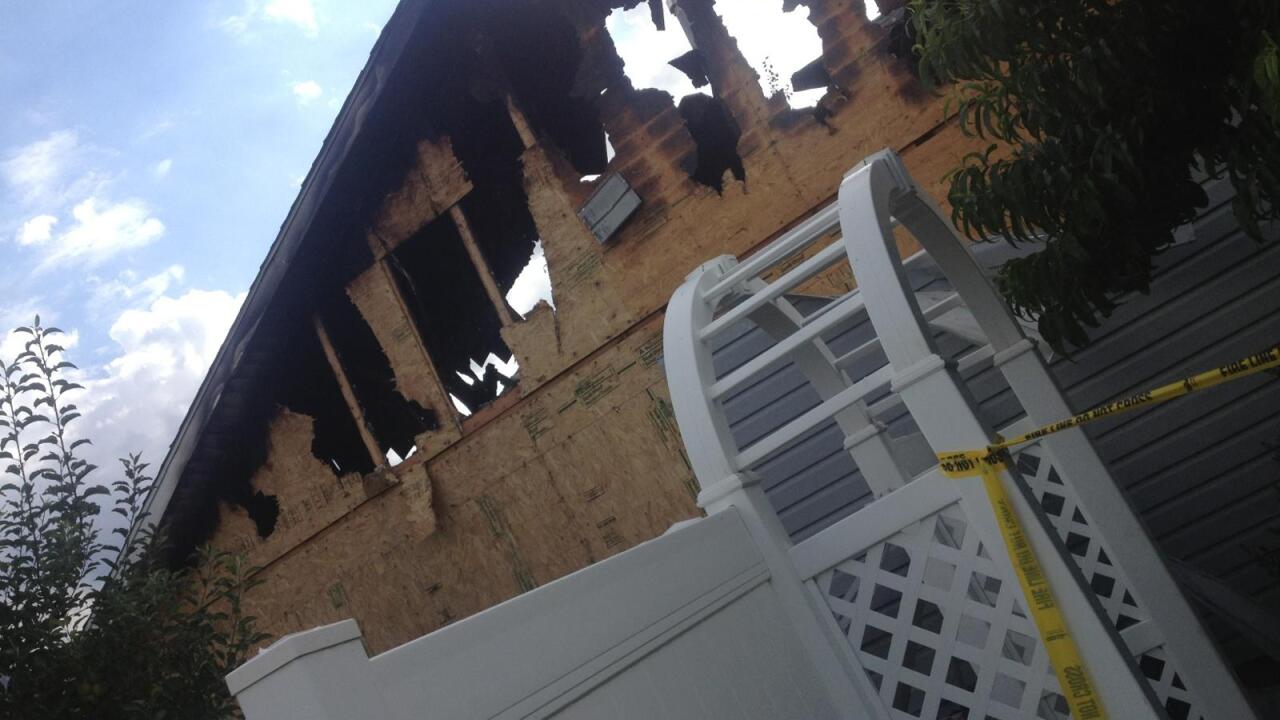 ALPINE, Utah -- A family of five has been displaced after their home was damaged in a fire early Monday morning.

Fire crews responded to the house fire at 32 West Strong Lane in Alpine just after midnight.

The Beck family said they'd been remodeling the home for the past month, trying to add space to allow them to comfortably care for their three special needs children.

Randy Beck said he could hear crackling sounds coming from the ceiling early Monday morning. His wife went out their back door to investigate, and saw flames shooting out from the roof.

The Becks said they grabbed their children and ran out of the home, but they had some trouble with their youngest son. They said he is autistic, and he didn't want to get up, so they literally had to drag him out.

"The youngest one's definitely upset because he has his space, the things he likes," Randy Beck said. "Not being able to go home is going to be a challenge. I'm not sure what we're going to do."

Firefighters said they had a tough time finding the house because there was so much smoke, but once on scene firefighters traced the origin of the fire to the attic. They contained the fire within 10 minutes, but the house did sustain some serious damage. No one was reported injured.

The complete damage report has not yet been released, and the exact cause of the fire is unknown.