Guarding against industrial espionage at the Outdoor Retailer’s Expo 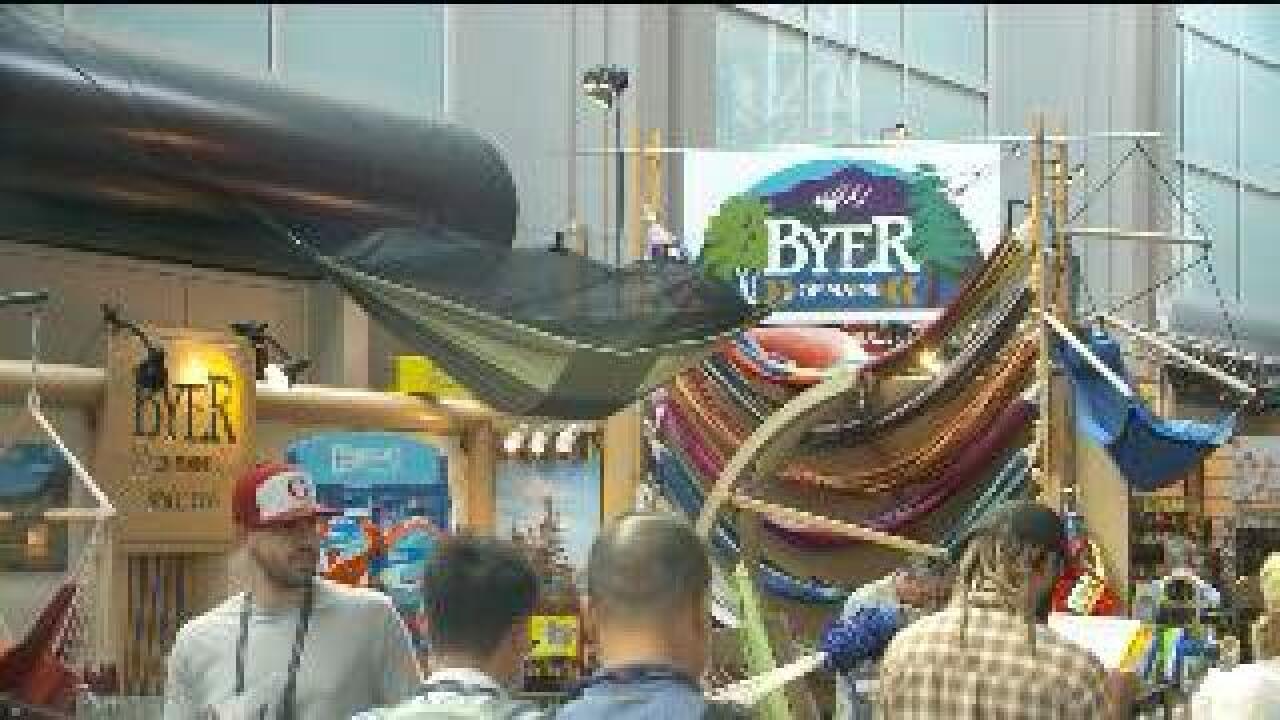 But exhibitors are also trying to guard against counterfeiters, thieves and industrial espionage at this expo, to protect their new products before they hit store shelves.

"We're very aware of issues that might surround a show this large, where there's so many products being unveiled," said Liz Crawford, the senior marketing director of Outdoor Retailer's. "It's very important that we do what we can to stop unauthorized photography."

Organizers of the massive trade show have posted rules against unauthorized photography on the back of admission badges and created a special hotline to report suspected cases of photography and spying.

"We're trying to be very mindful of people with iPhones and BlackBerrys and regular cameras to secure, at least do our part as an organizer," Crawford said. "We can't completely shut that down, but we try to do our part."

Canada Goose, a maker of high-end outdoor clothing, is one that asks people not to take photographs of some of their merchandise.

"You have to take a sensible approach to it," said Kevin Spreekmeester, the senior vice-president of marketing for the company. "When you see someone trying to take pictures, we kindly say 'Please don't take pictures of our stuff, we don't allow that.' Most of the time people move along. If you think about it, we can stop a certain amount here, particularly as it relates to new design."

Spreekmeester said his company is constantly on guard for counterfeiting, describing it as like a game of "whack a mole."

"We do raids in China," he told FOX 13. "A couple of weeks ago, one resulted in the seizure of 3,500 Canada Goose jackets and two people taken to jail."

At the Outdoor Retailer's show, incidents of theft and espionage are few. Crawford said she has heard of a couple of instances where suspects have been caught, and their badges are revoked and they are banned from future trade shows. The Outdoor Retailer's does look into the backgrounds of people who seek to attend, to ensure that legitimate buyers and sellers are there.

There is security at the expo, but Crawford said some companies with proprietary products have taken steps to hire private security.

Spreekmeester said counterfeit merchandise is a billion dollar industry. He said they have tried to educate consumers about what they're getting when they buy a cheap imitation. With the knock-off Canada Goose jackets seized in China, Spreekmeester said, they tested them and found hazardous materials inside.

"It's a criminal activity," he said. "The manufacture of counterfeit apparel, there's child labor, unsafe manufacturing practices and it's illegal."