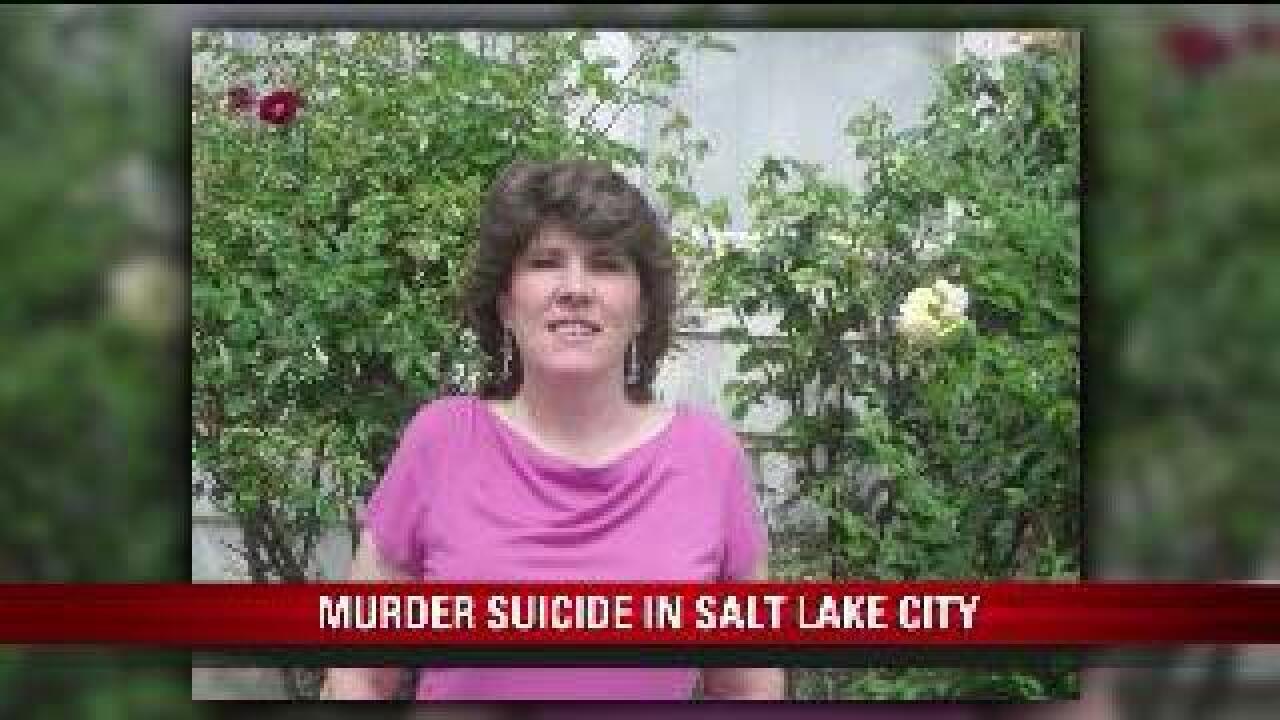 SALT LAKE CITY -- Years of marital strife leads to a bitter divorce and a deadly ending: That's what one woman thinks happened to her best friend who was killed in a double shooting Monday afternoon in Poplar Grove.

Michelle Hendriksen is a friend of the victim, and she said the shooting happened in front of the couple's 13 year-old autistic daughter.

Salt Lake City police said the man found dead near Debra Eatchel's body was her ex-husband, Calvin. Detectives believe he killed her and then turned the gun on himself. Debra's best friend opened up to FOX 13 News about what she's been told happened moments before the shooting.

Hendriksen said she is, "hurt, numb and shocked" by what happened. She said she and Debra were best friends for 18 years, and their bond was like sisters.

"She had a great contagious laugh, beautiful smile," she said of her friend.

Salt Lake City police officers said the 53 year-old was killed in a neighborhood, shot to death inside her car at the hands of her ex-husband.

"All I know is that Debbie and Calvin share custody of their youngest daughter, and she went there to pick up her youngest daughter for her turn and he came out with a gun," she said. "Shot her while she was in the car, and then killed himself in the street and the 13 year-old daughter witnessed at least part of it, if not all of it, and was just screaming."

The 13 year-old, according to Hendriksen, is autistic and disabled.

"She doesn't know her dad killed her mom, and we don't want her to know right now,” Hendriksen said. “It's hard enough what she's going through. She just knows that Mommy and Daddy are dead."

Debra and Calvin leave behind five kids, mostly in their 20s. The two went through a bitter divorce, according to Michelle, who said, "It was an ugly divorce and mostly custody battles and money battles.”

Debra, however, had recently found happiness again: At 53 years old she was a newlywed.

"She was so happy,” Hendriksen said. “She's been with this boyfriend for two and a half years. They got married very spur of the moment, downtown.”

Detective Cody Lougy with the Salt Lake City Police Department said the families of the victims may be left with more questions than answers.

"When these murder suicides occur, sometimes [they] can leave a lot of unanswered questions."

Cops don't know what triggered Calvin to gun down his ex-wife and then kill himself, even their close friends can't make sense of why this tragic crime happened.

"I knew Calvin; Calvin was a good father...senseless and horrible; it is beyond tragic,” Hendriksen said. “No one can make sense of it. There's no rhyme or reason.”

Debra worked at the University of Utah in the School of Law as a printing technician.