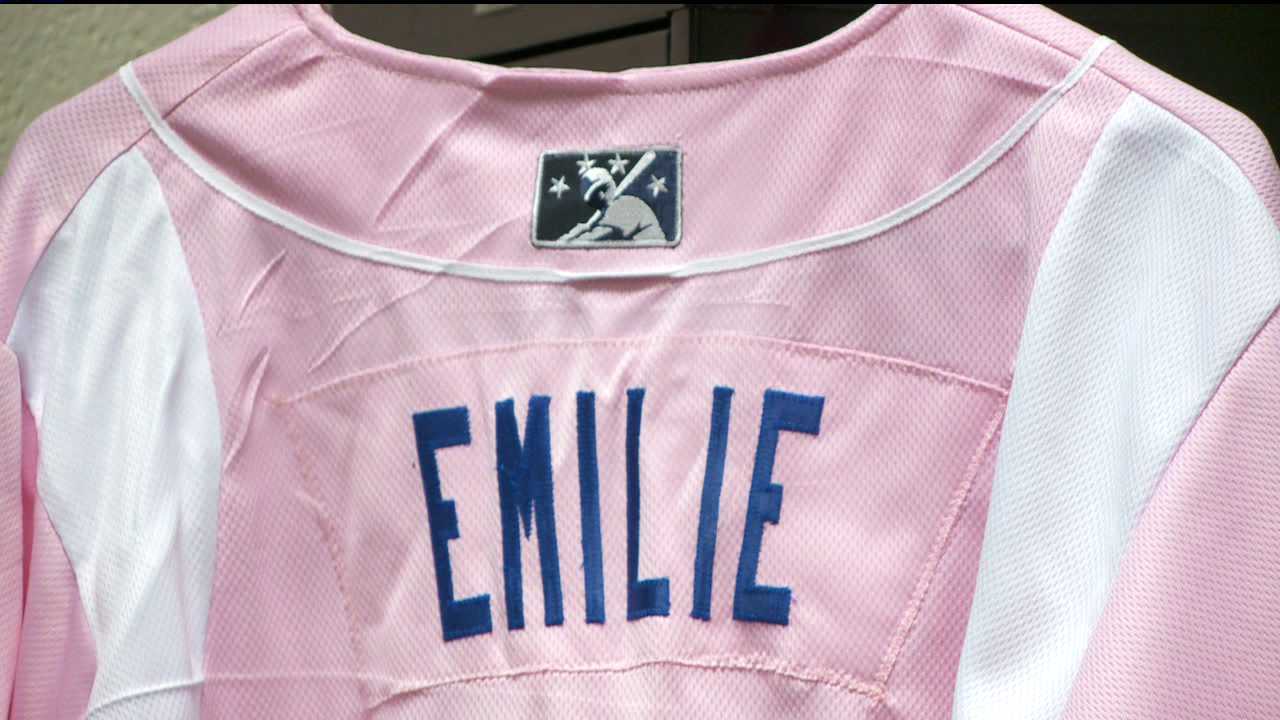 OGDEN, Utah - The Ogden Raptors honor Emilie Parker and the other victims of the Sandy Hook shooting on Saturday.

The Parker family was originally from the Ogden area and had moved to Newtown less than a year before the shooting.

Robbie Parker, Emilie's dad, was the mascot for the Ogden Raptors back in the late 1990s, and when Raptors owner Dave Baggott saw the story on the news, he recognized the family.

"Robbie Parker was the Raptors mascot for three years back in the late 90s and when the Newtown tragedy took place and I'm sitting at home watching the news events on it, and we find out that one of the victims is from Ogden. And then it didn't click...it didn't click to me until the news showed a picture of Robbie and Emilie sitting in the stands here at Lindquist Field and my heart just dropped," Baggott said.

Baggott invited the Parker family to spend a night at the ballpark in hopes of helping them recover from the tragedy.

"I'm a firm believer that the environment of a baseball park heals a lot of wounds. When my mother had passed, my father, after the funeral, I put him in the car and we went to a minor league baseball game in southern California. And for two or three hours I watched my melancholy father have a smile on his face and crack a bag of peanuts and get it all over and he watched base hits and ground balls and for three hours he had a smile on his face," Baggott said. "I never forgot that. And then when I contacted Robbie, I told him the same story and I said, 'I want to do that for your family.'"

The Raptors will "Pink the Park" on Saturday, July 20, inviting fans at the game to wear pink in honor of Emilie and have players wear pink jerseys with Emilie's name on the back.

Those pink jerseys can be purchased for $500 each, and all money raised will go to the Emilie Parker Fund.

To make a donation or learn more about the Emilie Parker Fund, visit emilieparkerfund.com. For more on the Pink the Park event, visit www.ogden-raptors.com.