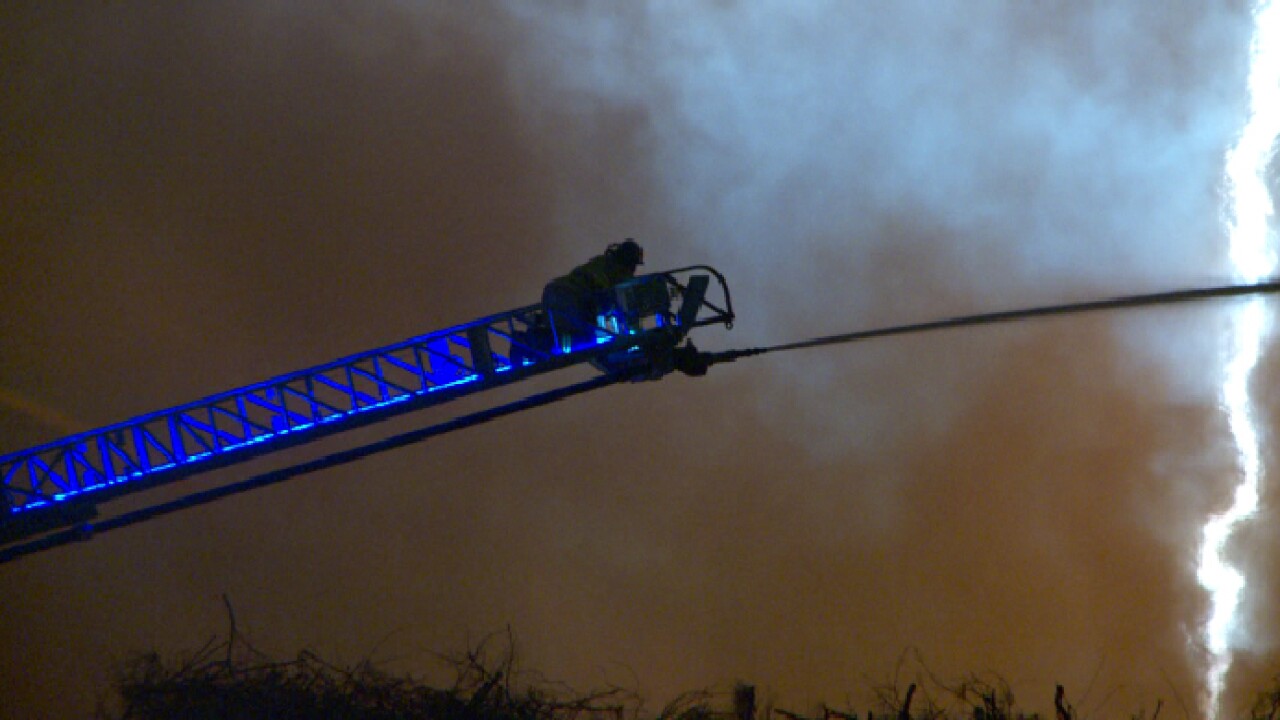 Lightning strikes the ground near the scene of a 2-alarm grass fire in Salt Lake City.

Lightning strikes the ground near the scene of a 2-alarm grass fire in Salt Lake City.

SALT LAKE CITY — Firefighters worked through the night to extinguish a fire that started in a green waste pit in western Salt Lake City.

The fire started shortly after 10 p.m. Monday near 1800 W and Indiana Ave. The green waste pit is the city’s mulching site for tree trimmings, branches, leaves and other types of biodegradable waste.

The fire initially threatened nearby fuel tanks, but crews brought the fire under control and a single engine remained on the scene Tuesday morning to work on hot spots.

“We’re not sure what the cause was. We have investigators on the scene. We don’t have any reports of people being nearby when we arrived. We do have reports that there was lightning in the area shortly before the fire,” said Jasen Asay, Salt Lake City Fire Department. “Once the fire’s extinguished, they’re able to get closer to the scene and try and determine the cause and the origin of the fire.”

The smoke drifted over nearby parts of I-215, which made driving conditions dangerous due to reduced visibility levels.