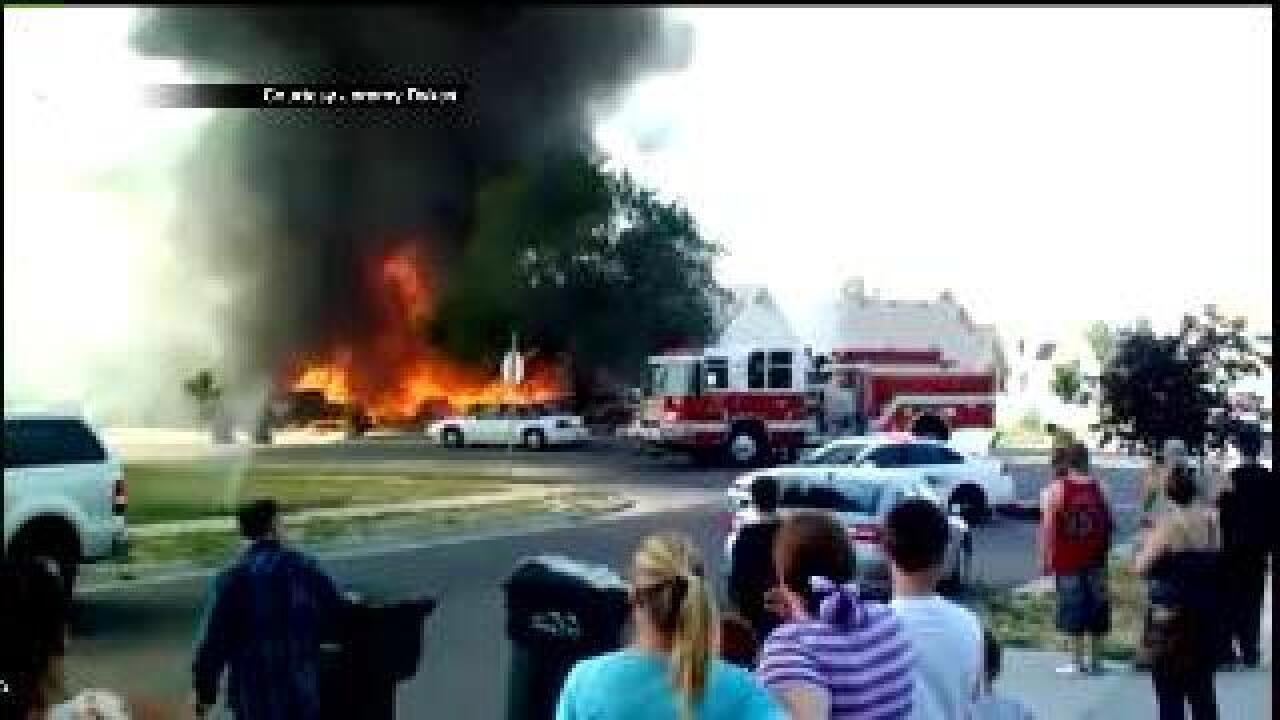 TOOELE, Utah -- Nearly a week after fire destroyed two homes in Tooele, one of the families affected is speaking out against their neighbors, saying the house next door was a powder keg ready to blow.

Ben Jackson said he complained to the city for years that his neighbor's property amounted to a massive fire hazard, and he said the city should’ve been more aggressive about making the Thomas family to clean the property up.

The fire left several burned out cars, charred boards and singed weeds. That's what's left after the property went up in flames last Tuesday.  It's unclear how the fire started, but it spread to Jackson's home and destroyed his living room and roof.  He and his family moved to Washington State in May and saw the damage online.

“I’m a full grown man, and I cried my eyes out,” Jackson said.

Firefighters told FOX 13 the night of the fire they battled a heavy fuel load. Jackson said he complained about that very issue some 30 times in the seven years he lived on the street.

The Thomas family talked openly last Tuesday about the items that were on the property when the fire sparked.

“We’ve got tons of tools, tons of solvents, lubricants, things that are highly flammable," said Rodney Wheeler, the homeowner’s son. “Um, tons of things we have plugged in that people aren’t always aware of.”

Wheeler told FOX 13 the family lost everything and were aware of some of the complaints.  Wheeler said city officials told them to clean up the weeds and maintain the property.  He said they were also cited in 2011 for unregistered vehicles, but beyond that, the concerns never escalated.

To the family, it’s their property and they can do with it what they want. Wheeler also said until the cause of the fire has been determined, it’s unfair to say it could’ve been prevented.

Tooele public works director Jim Bosler said, "The city was aware of the concerns at that location and were in the process of pursuing available avenues under the city code but had not completed that process at the time of the fire."

A restoration company is rebuilding Jackson's home, but he said he's stuck paying the mortgage on a house he can't sell.

“I just want people to be aware that the city of Tooele doesn’t have your back in a situation like this,” he said.

FOX 13 filed a records request to determine how many complaints were made about the Thomas property and the specifics on what actions were taken.  We’re still waiting for a response.