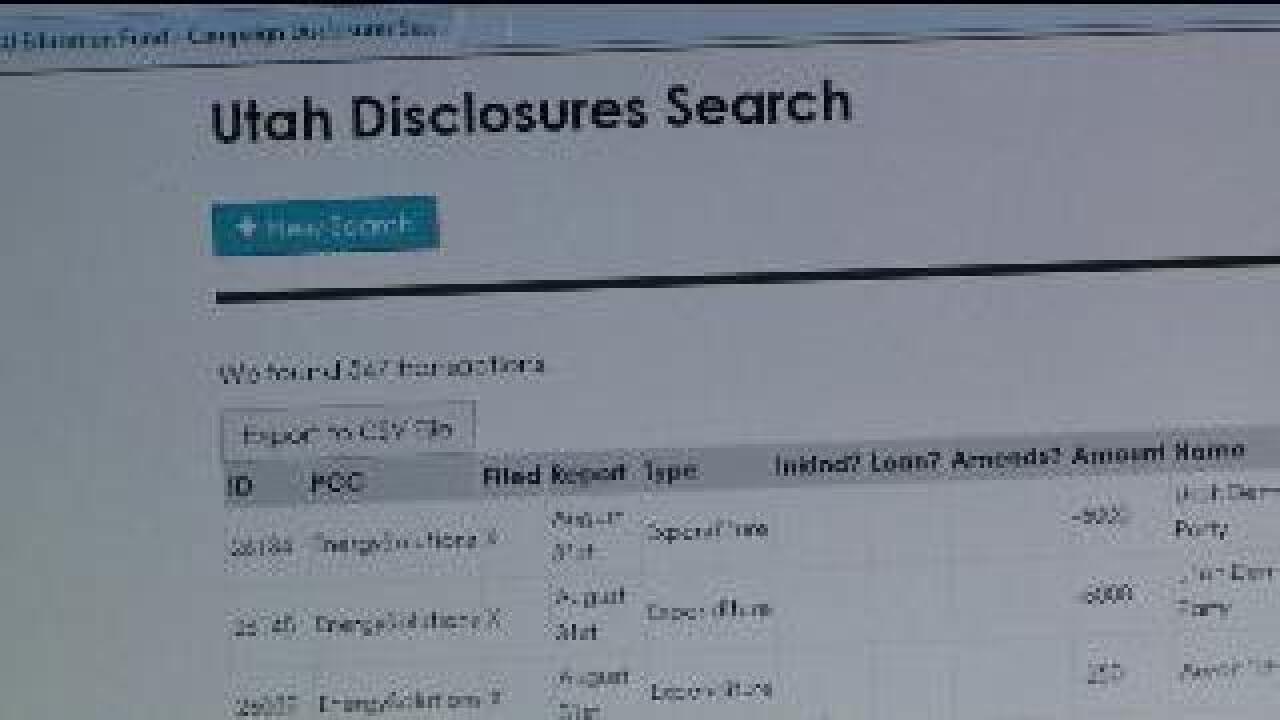 SALT LAKE CITY – A new database is making it easier for Utahns to get a look at the campaign finances of state candidates.

Isaac Holyoak, communication director for ABU, said their website is more user-friendly than others.

"The data is there on the Lieutenant Governor’s website, but it’s like getting though 'Dante's Divine Comedy' in the original. It’s a bureaucratic nightmare," he said.

Holyoak said they’ve taken that raw data from campaign finance reports and created an easy to use website, which they say will promote transparency.

“So before voting for John Swallow, say, you might be able to find out that he received tons of money from pay-day lenders or multi-level marketers, and that might affect then how you choose to vote,” he said.

Swallow is under investigation after allegations of bribery and impropriety, and on Friday Gov. Gary Herbert called a special legislative session on the issue.

Holyoak said the website will help voters know who is funding political candidates.

“They should know if their candidates, their local candidates especially--the candidates running for the state house or state senate, if they're getting a lot of money out-of-state that should clue voters in to something interesting going on,” he said.