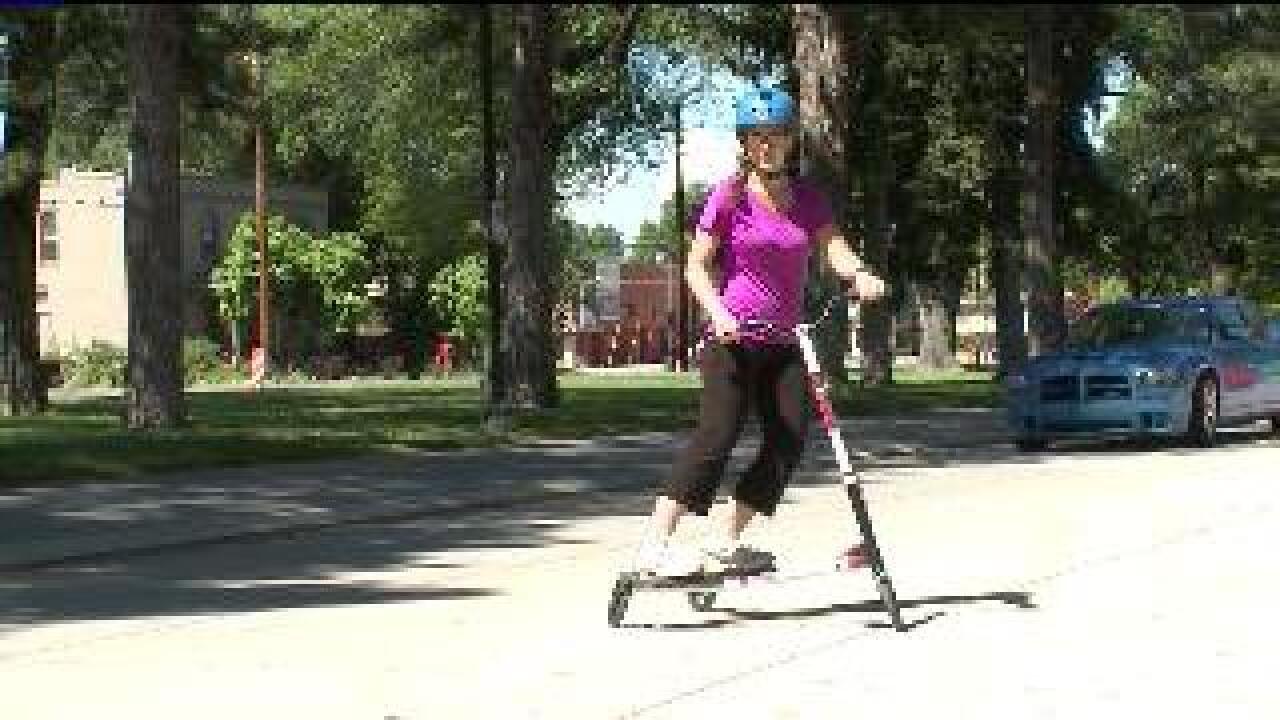 SALT LAKE CITY – A group of college-aged people are crossing the country at 15 mph on three-wheeled scooters, and it’s all in an attempt to combat child obesity.

Georgia Mitchell is one of six people riding the scooters as part of Fliker Across America.

“This is a Y Fliker scooter,” Mitchell said. “It's a three-wheeled scooter. It is self-propelled, has a hand break. The motion you do while riding, is kind of like a downhill skiing motion. So you push with your legs and your hips. It's a lot of fun and a full body work out.”

The group must cover at least 60 miles each day in order to make it to New York by October. Flikerer Waneska Valois said they do the equivalent of almost two marathons each day.

“I always wanted to do something big to challenge myself,” Valois said. “I thought I would do it on a bike, but everyone does it on a bike. I thought I needed to find something different to do.”

Valois came up with the cross-country project while teaching children in a PE class. She said it’s easier to get kids moving if they are having fun. She said obesity is a growing problem.

“Eleven percent of the kids here in Utah are obese or overweight,” she said. “It's a serious issue, and we just want to show that it's so important to be healthy.”

The group has a goal to raise money to donate scooters to schools.