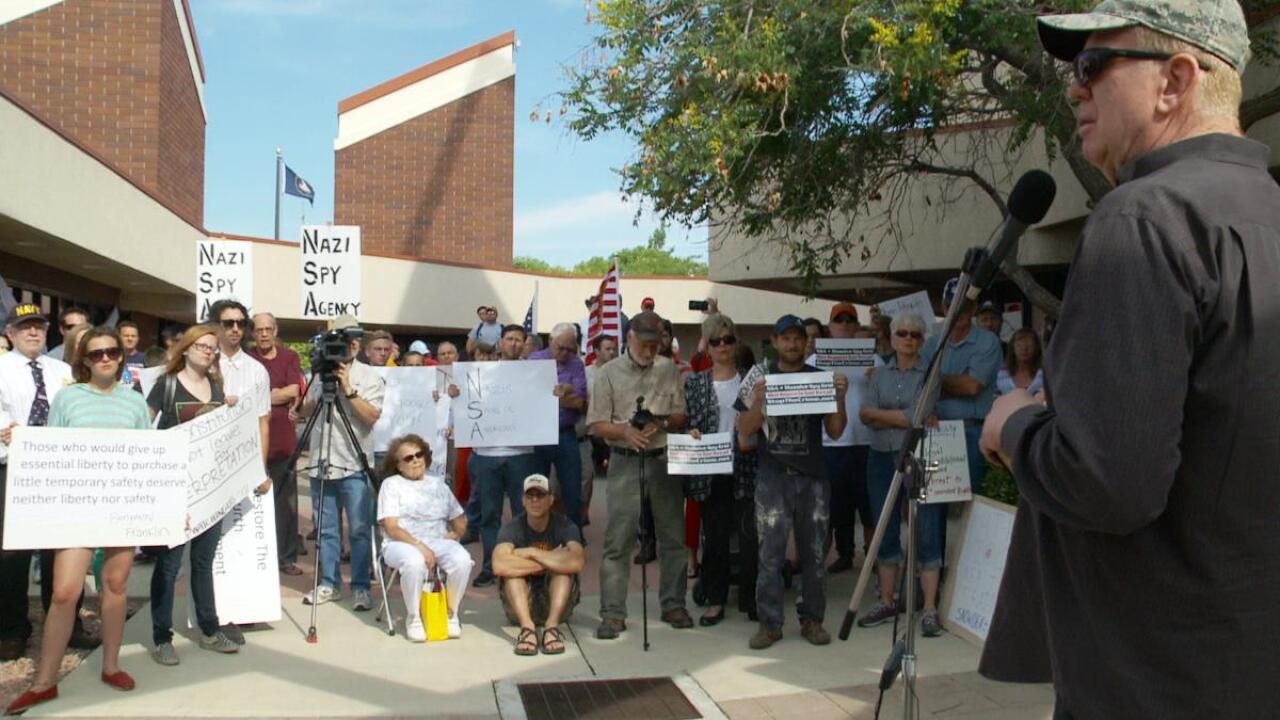 BLUFFDALE, Utah - Protesters gathered at sites around the country on Thursday, saying that recent revelations about the National Security Agency are symptoms of an overreaching government.

The grassroots movement, called Restore the Fourth, says they chose July 4 as the date for a nationwide protest calling for the government respect the fourth amendment, which protects against unreasonable searches and seizures.

Utah was a particular focus for protesters because of a new multi-billion dollar data storage facility being built at Camp Williams.

Protesters gathered at the Utah Veterans Memorial Park, located just north of the data center in Bluffdale, to exercise free speech in the name of privacy rights.

"In the USA the threshold of your home, your personal effects are sacrosanct unless a judge says otherwise. We don't have the USA as long as this NSA center is operating," said speaker Dale Williams.

The protest at Camp Williams had a distinctly religious message.

They prayed to curse the massive NSA data facility and sent protesters to battlehymn.com, a website devoted to the idea that the U.S. government orchestrated the September 11 attacks on New York City.

"That institution and other institutions in this New World Order-oriented thing that we call the American government that is more of a junta run by offshore banks at this point. They have managed to capture the identity of the United States at this point and people are fooled by that," Williams said.

FOX 13 crews at the protest say some of those in attendance left when the event became more overtly religious.

Photos from the "Restore the Fourth" protest: 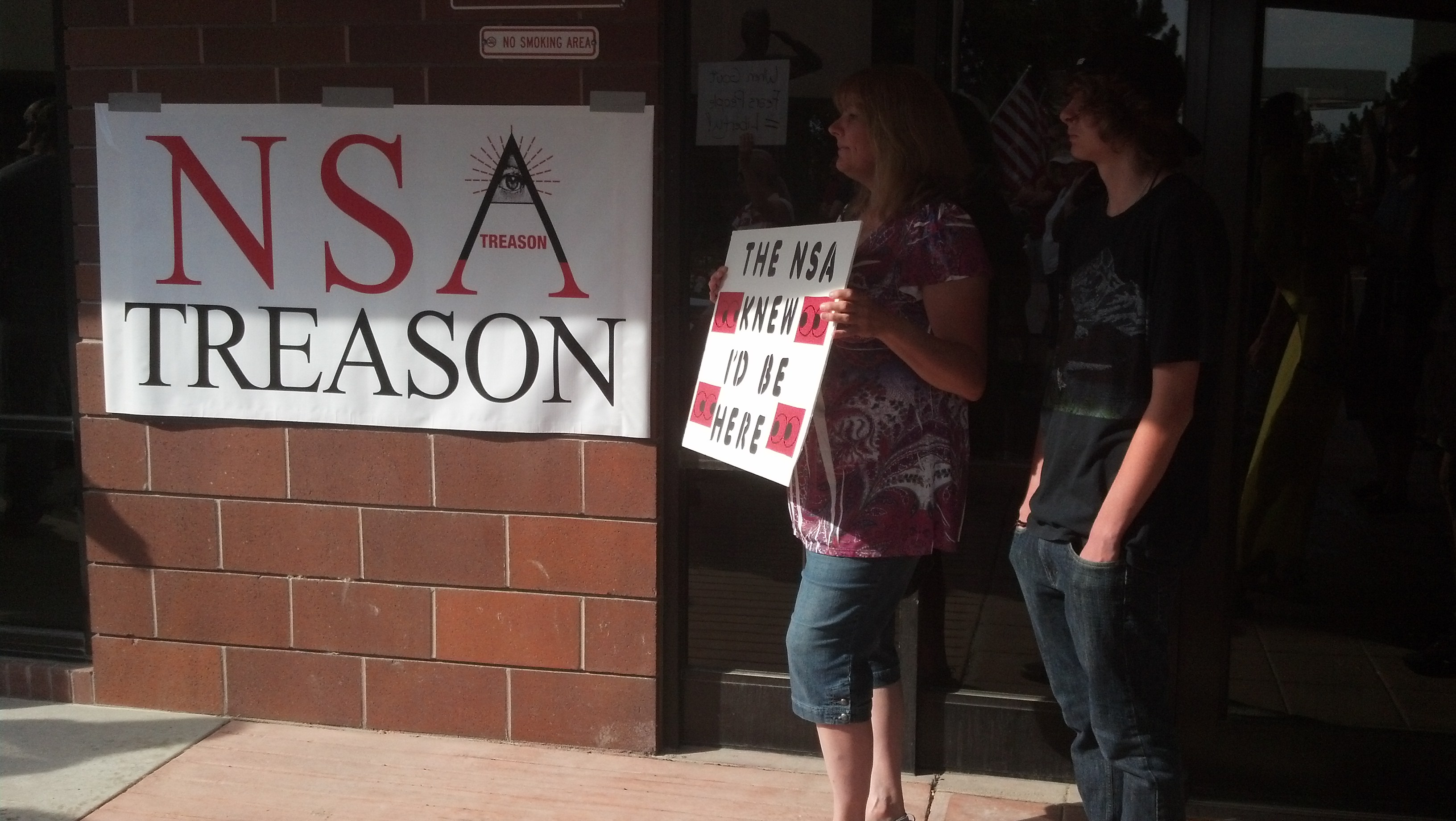