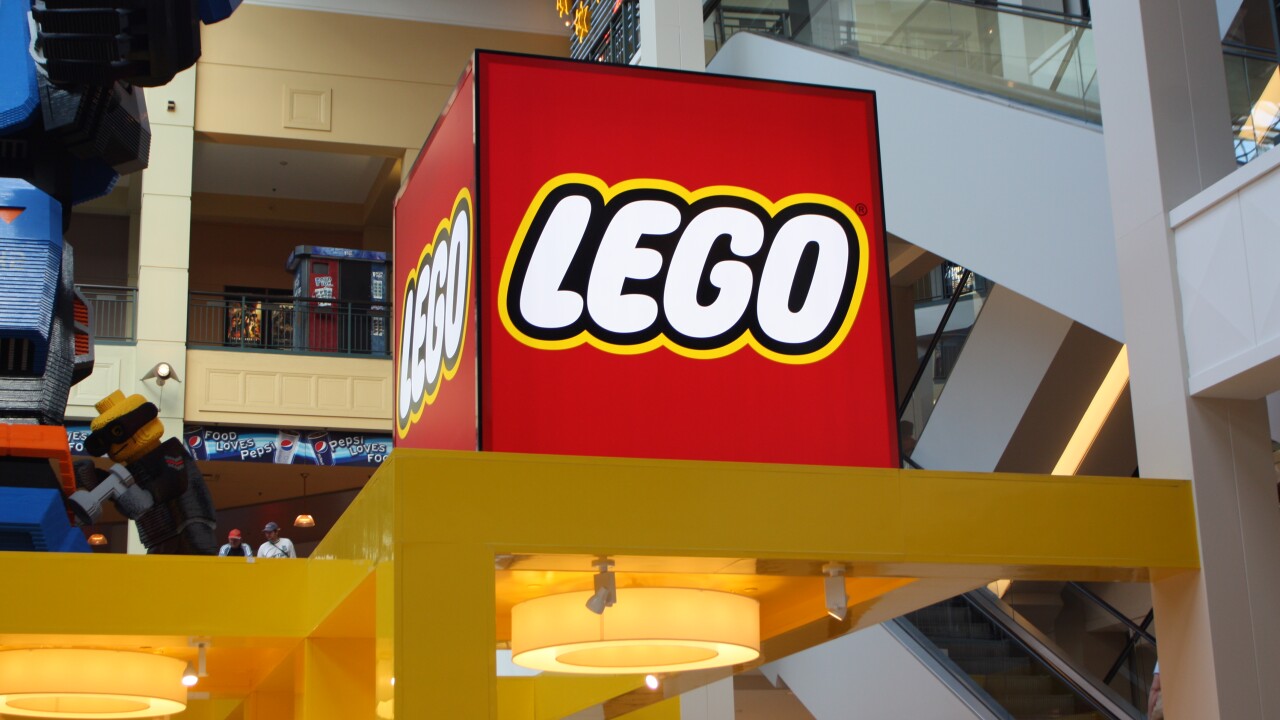 (CNN) — My daughter graduated from Duplos to traditional LEGOs when she was 5, around the time the iconic building blocks maker released its Friends line based on five female characters.

My daughter was interested in science and art, but LEGO was interested in selling her pink beauty salons and cupcake bakeries. When we went LEGO shopping, she expressed frustration over the lack of female “minifigures” in her favorite LEGOs, such as the blue- and black-packaged City set or the yellow-boxed Dino world.

LEGO has expanded the Friends line by introducing activities such as biking, camping and playing sports. But now at 7, my daughter is very much aware of the gender disparity in toy marketing. She sees it in the color-coded toy aisles, where male characters outnumber females, and she’s frustrated that she does not see more female characters in toys she likes.

The Friends line encapsulates my problem with LEGO: the lack of female minifigures in the yellow, blue and black boxes and the lack of males in the Friends sets.

It’s obvious from walking through a toy store that LEGO has focused its licensing and product development around boys.

To capture the girl market, LEGO created the alternate, girl-only world of Heartlake City for Friends instead of incorporating more females into existing LEGO sets. LEGO says the line was one of its most successful to date, “surpassing early projections to triple the number of girls building with LEGO bricks” in 2012.

But that still leaves the market wide open for children such as my daughter, who want more female “minifigs” in gender-neutral packaging. Instead, LEGO clearly distinguishes which sets are aimed at boys or girls, and our children take in the colors on the packaging and placement on the shelves through a cultural lens. They get the message loud and clear. LEGO is the second-largest toy manufacturer in the world; gender parity matters in a product that is consumed and loved by so many children.

Through my business and blog, I frequently discuss gender stereotypes in children’s products. A few weeks ago, a dad in New Zealand pointed out the LEGO CUUSOO competition site, which allows LEGO enthusiasts to submit product ideas on which the community may vote.

The father asked me to use my social media following to promote a project called the “Female Minifigure Set,” comprising 13 ideas for female minifigures engaged in astronomy, chemistry, geology, zoology, firefighting and law enforcement.

I loved the project’s focus on women in science, technology, engineering and mathematics.

Research shows that when women make up 25% or more of a group, stereotypes begin to drop off, according to gender activist group SPARK Summit. About 16% of LEGO minifigures are female, and this number includes the Friends line, according to SPARK Summit analysis.

The project reached 10,000 votes on June 13, thanks in large part to social media. LEGO said the project will advance to the review phase, where a LEGO review board will examine the idea.

During the campaign to get 10,000 votes, I noticed how many times people commented they would buy these sets because their sons and daughters wanted them. I drafted a Change.org petition to aggregate these consumer voices and let LEGO executives know that if they make the Female Minifigure Set, we will buy it in droves. The petition asks LEGO’s decision-makers to consider the voices of more than 9,000 petition signers who say they would buy female LEGO Minifigs for our sons and daughters.

While gender equality in toys is largely seen as a girl-power issue, dozens of comments on the petition indicate that parents understand it’s important for boys and girls to see female characters doing smart and daring things.

I think LEGO is a wonderful toy with a few not wonderful parts. LEGO gives my son and daughter a chance to play side by side. And in the end, that is what I am after, a space that is equal for boys and girls.