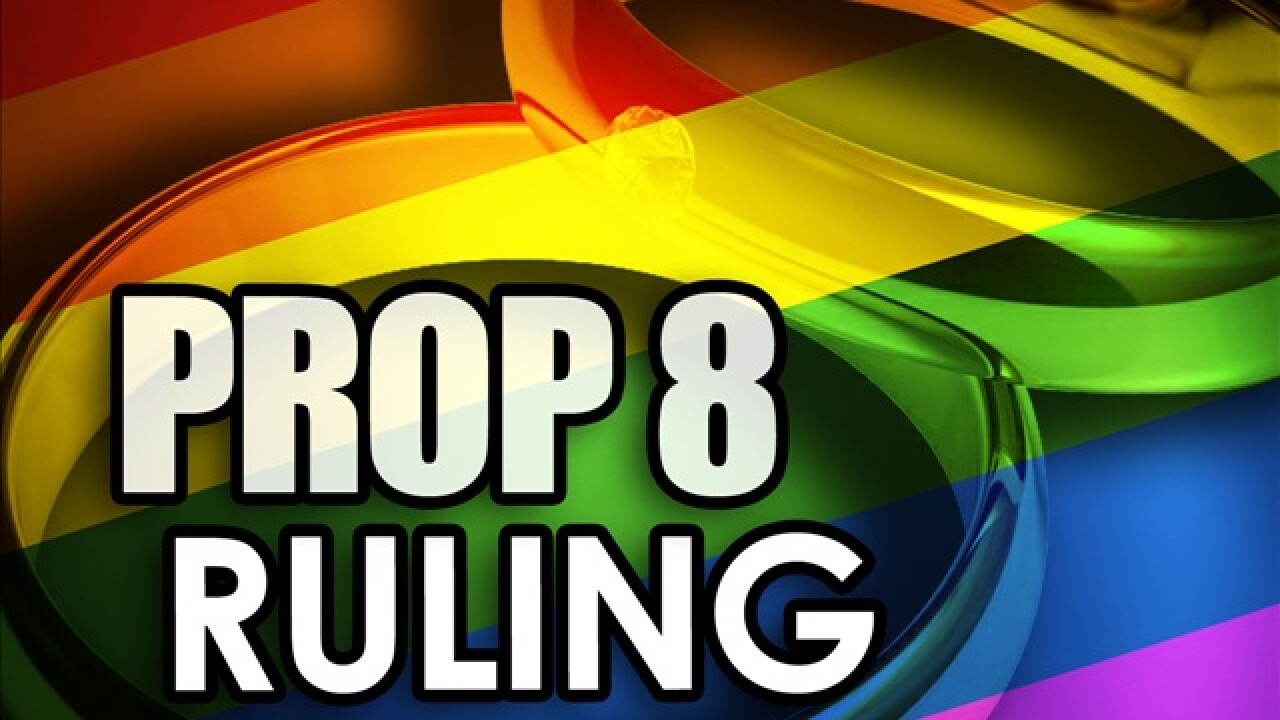 The ruling clears the way for same-sex marriages in California to resume.

The 5-4 decision avoids, for now, a sweeping conclusion on whether same-sex marriage is a constitutionally-protected “equal protection” right that would apply to all states.

At issue was whether the Constitution’s guarantee of equal protection under the law prevents states from defining marriage, and whether a state can revoke same-sex marriage through referendum once it already has been recognized.

California voters approved the measure in 2008 with 52% of the vote shortly after the state Supreme Court ruled same-sex marriages are legal. The measure put gay and lesbian marriages on hold in the state, but a federal appeals court later rule Proposition 8 was unconstitutional.

The measure’s supporters then asked the Supreme Court to preserve the will of the voters.

“We have never before upheld the standing of a private party to defend a state statute when state officials have chosen not to,” said Chief Justice John Roberts.

The justices chose instead to throw the case back to the lower federal courts, leaving uncertain when, and even where same-sex marriages could resume in the state.

It was act two in a closely-watched pair of high court appeals over state and federal laws and the limits of recognizing the ability of gay and lesbian couples to wed. The outcome of the rulings give same-sex couples much to be encouraged.

But the opinion also has the effect of throwing the debate back to the political branches of government, and perhaps to voters themselves, who may be poised to reverse course and approve same-sex marriage next year in California, continuing a nationwide trend.