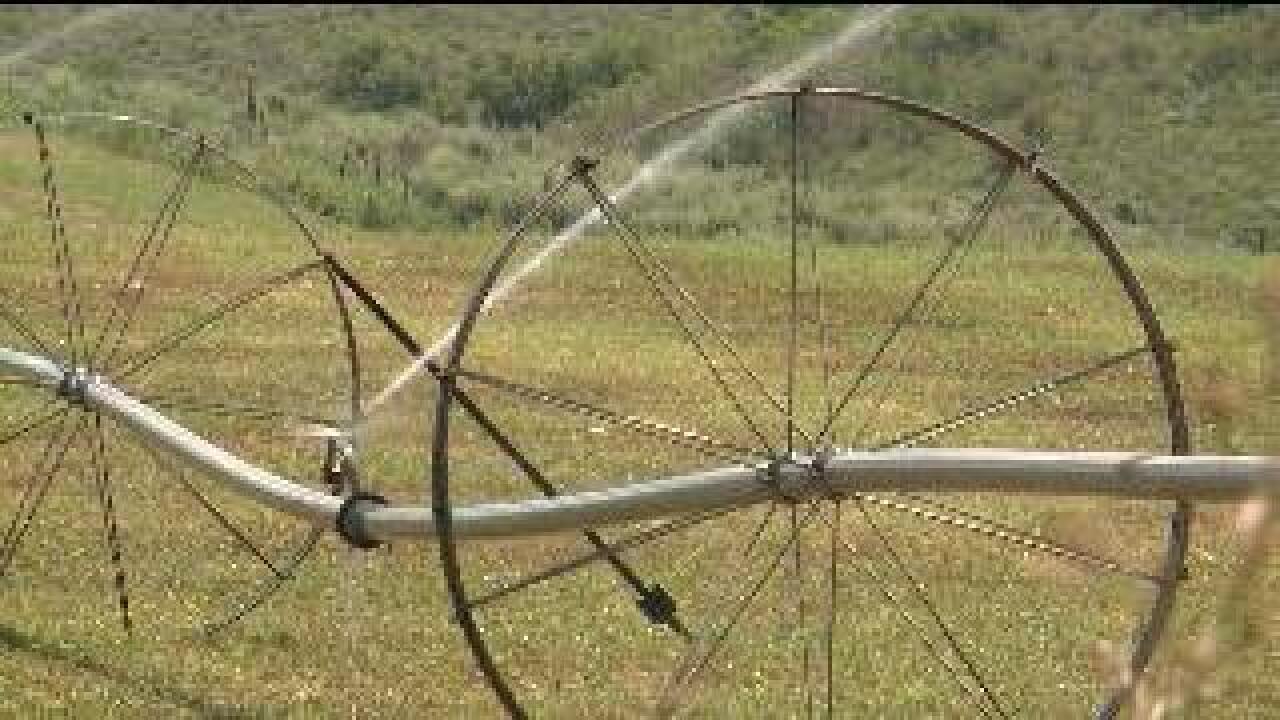 SUMMIT COUNTY, Utah -- Reservoirs are draining quickly early into the summer, and Summit County is pooling its water resources with the Weber Basin Water Conservancy District to keep the water from running dry in certain areas.

June has been fairly dry, and this year’s light snowpack also contributes to the problem.

Farmer Steven Osguthorpe said they are at the mercy of the elements.

Tage Flint is the general manager of the Weber Basin Water Conservancy District, and he said the cooperation gives them authority over the Snyderville Basin, which will help keep water going to the places that need it.

“It means more water reliability like in draught cycles like we are in now,” he said. “We will be more reliable in our water deliveries.”

Water experts said everyone will likely be hurting for water by the end of the year, which is why they’ve decided to pool resources.

The agreement is also supposed to secure future water supplies by bringing in new water as demand increases. Water companies are expecting prices to decrease eventually as supplies are used more efficiently.

Officials said they can’t fill the reservoirs, but they can make the most of what they have. Osguthorpe said that’s the thing that matters most.

"It's important from my standpoint,” he said. “We are the only farmers left here."