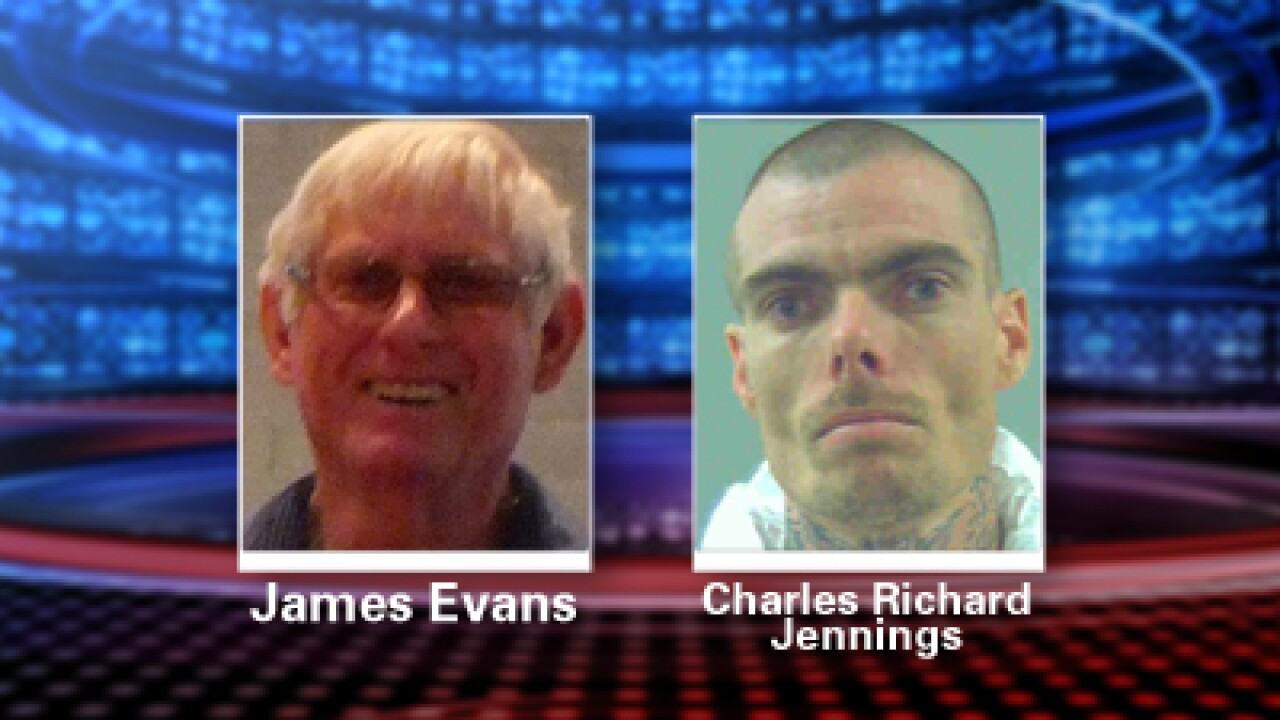 OGDEN, Utah — A shooting inside a Catholic church in Ogden sent police on a statewide manhunt Sunday for the man behind it.

“This was not a random act of violence. This was a very specific desired target and action taken by the suspect. There were no other patrons injured during this altercation that took place up there,” said Lt. Danielle Croyle of Ogden Police.

Police said the shooting stemmed from a domestic dispute between Evans and Jennings. According to friends of Evans’, Jennings’ relationship with his wife and her family was strained.

“There have been issues. He’s made threats. They now own firearms because of his threats” said Crislee Moreno, who was attending mass when the shooting occurred.

She and her husband were just two pews ahead of the victim when they heard the gunshot.

“Everybody was going down in slow motion, taking cover,” Alberto Moreno said. “I just went to cover the bullet holes and make an assessment of the wounds because there was a lot of blood for just one hole.”

The Morenos said Jennings had not been in church for at least two years, and as far as they knew, Evans did not have much contact with him.

“He’s been wanting to kill him for at least a year, that I know of,” Crislee Moreno said. “He’s a drug addict, and he’s been abusive to their daughter, and they convinced her to leave and that ticked him off. Luckily, their child wasn’t with them.”

Following the shooting, Lt. Croyle said Jennings ran from the church to a nearby neighborhood, where he stole a truck from a man at gunpoint. He then headed north, where police said he eventually ran out of gas on I-84, 32 miles from the Idaho border.

Croyle said Jennings turned on his cell phone to call his family and give them his location in order to turn himself in to police.

“It’s a very, very sad situation and very unfortunate, and we wish the family of the victim a speedy recovery,” Croyle said.

He was later booked at the Weber County Jail and is facing charges for attempted criminal homicide, aggravated assault and possession of firearm by a restricted person.

Evans was listed as stable at McKay Dee Hospital in Ogden as of Monday morning. Doctors said he is alert and able to communicate. Evans sustained a bullet wound behind his right ear and needed reconstructive surgery.