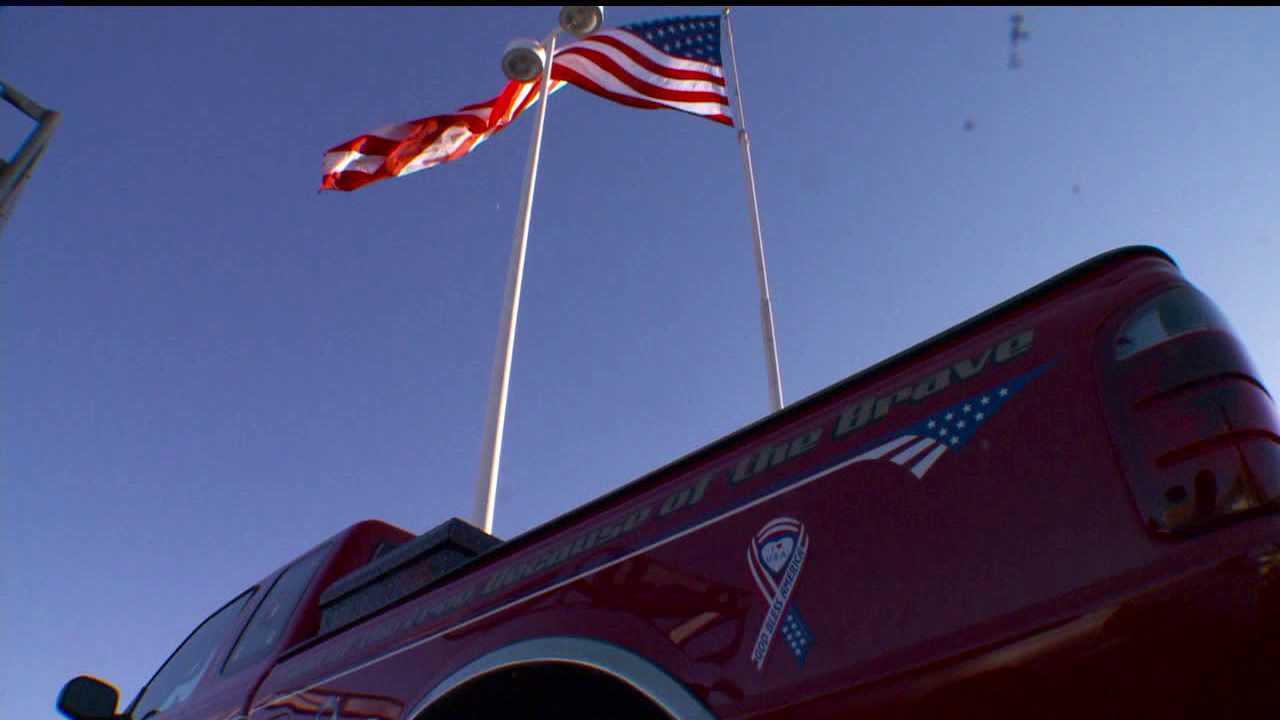 PROVO, Utah - Since the War on Terror began in 2001, 168 Utah soldiers have been killed serving overseas. Friday, a group gathered in Provo to remember them with an annual Flag Day ceremony.

"It's good that people haven't forgotten that there is a war, and that there was a lot killed and a lot sacrificed for them," said Marie Payne, whose son was killed in Iraq in 2005.

Payne and her husband arrived in Provo in a red Ford pickup truck that was supposed to be a welcome home gift for Sgt. Rocky Dennis Payne.

"I bought this little truck the Christmas he was to come home, and he died three months later before he ever got to see it or have it," said Dennis Payne, the soldier's father.

Today, the hood of the truck is decorated with a picture of his son, which he hopes serves as a reminder to others of the sacrifice Sgt. Payne made.

"We never forget. It's everyday. I can be out in my yard and find something he helped me fix," said Payne. "We had a farm. He's our baby, and so he was the last one in our home. And I'll find something that he fixed, and it causes me to go to tears because I remember him and I don't want to ever forget."

The Paynes' loss connected them to about 20 other families who attended Provo's Flag Retirement Ceremony, which has been held every year since 1984.

"Our family members over the years, we feel, get forgotten. And we feel we need to bring back it to the public's awareness, get the faces of what really happens in real life with the loss of the individual, especially in the military," said CSM Randy Edwards, who helped lead the event.

In total, six flags were retired at sundown Friday evening, each one representing the freedoms U.S. service men and women fight for everyday.

"We know there is sometimes a terrible cost for the price that we pay for the freedom we enjoy," said Payne. "We never forget."