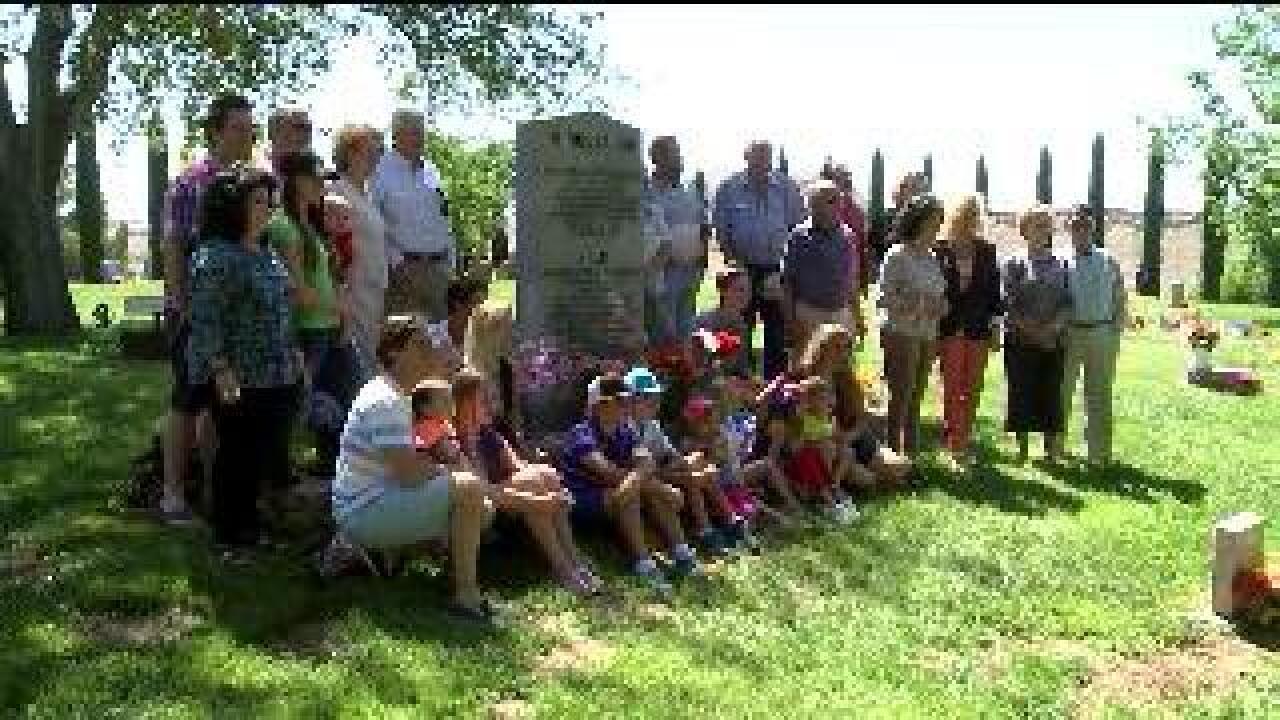 WASHINGTON, Utah  – For many families, getting together on Memorial Day is a family tradition; this year, for one family, it’s also a time to meet new relatives.

The descendants of William and Melissa Turnbeaugh have recently discovered aunts, uncles and cousins across the country. Monday they met at the Washington City Cemetery to celebrate the patriarch and matriarch of a very large family.

“They had these 25 children,” said Angie Adams-Stark, William’s great, great granddaughter. “William had been the Washington City town marshal and had been an owner in the Silver Reef mine. It’s a story that really hadn’t been told, and a lot of descendants and family didn’t know the story.”

William Turnbeaugh was born in Illinois in 1847. At the age of 16, he ran away from home and joined the Army. He fought in the Civil War before heading our west to help settle several cities. He owned the Pocahontas gold mine in Arizona.

It’s a legacy descendants said they’re proud to carry on.

“We just do not want our posterity to forget us when we pass on,” said Penny Kirchhausen, a descendent of William Turnbeaugh. “So, we’re thinking the only way we can do that is to teach them while we’re living to get to know their great, great, great grandparents.”

Adams-Stark said a recent interest in family history prompted local family to begin reaching out to extended relatives. She said through social media, she connected with several other descendants, many she never knew existed.

“I found a cousin out in Texas, another couple out in Illinois,” Adams-Stark said. “They are from the same line. It has been fun to connect with them.”

But mostly, the Turnbeaugh’s said they’re focusing on those who’ve passed. They take inspiration from a family who did so much with so much less than we have today.