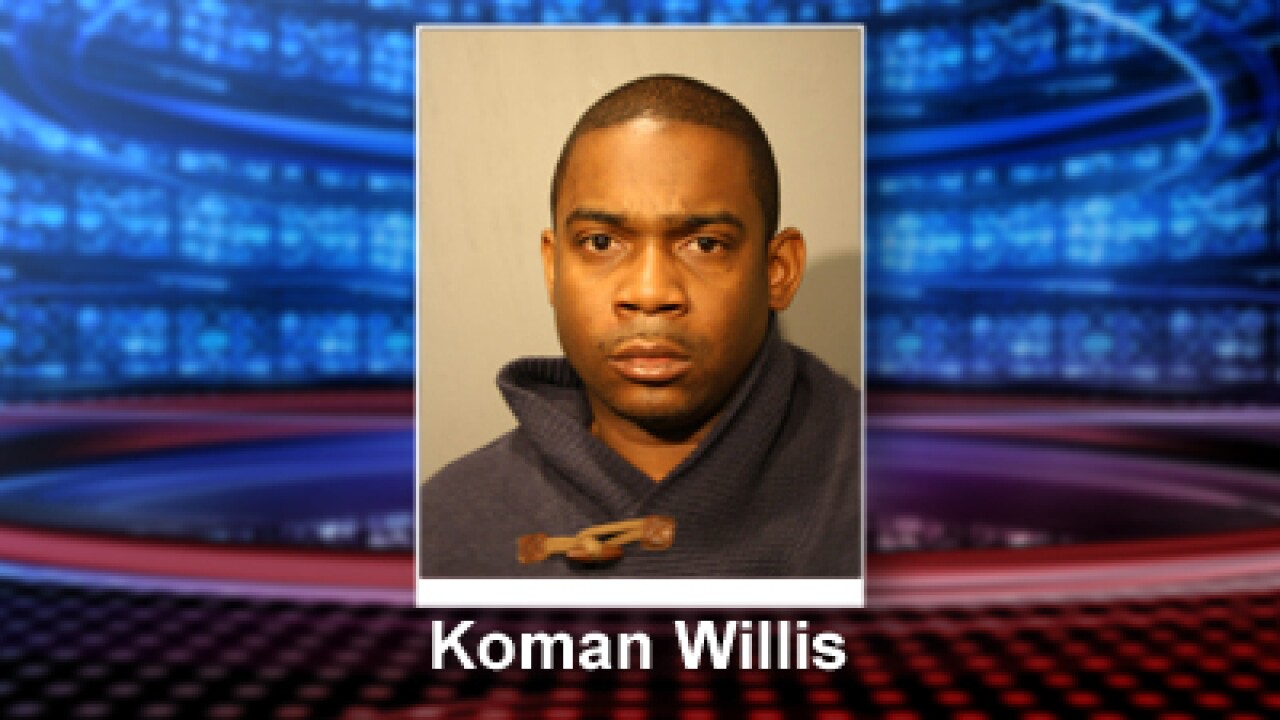 (CNN) — A career criminal has been charged in the March killing of a 6-month-old Chicago girl, the city’s police superintendent said Monday at a news conference.

Garry McCarthy said Koman Willis has been charged with first-degree murder and aggravated battery in the death of Jonylah Watkins, whose death was held up nationally as a new low in Chicago’s gun violence.

Willis, 33, is a gang member with at least 38 prior arrests, McCarthy said. He added that police think Willis was seeking revenge for the alleged theft of a video game system by Jonylah’s father, Jonathan, who was also shot March 11.

Willis turned himself in Saturday afternoon. He came in with an attorney because he knew police were looking for him, McCarthy said.

The superintendent said this was not a case of gang violence even though the suspect and the victim’s father have ties to gangs.

“We believe the motivation was the burglary,” he said. He said it was unlikely Watkins, 29, will be charged with theft.

“They provided some key information that got the ball rolling,” he said.

No weapon or getaway van has been recovered, police said. McCarthy said “we’re still not at that point” to say that Willis acted alone but no other charges are expected soon.

Jonathan Watkins, who was seriously wounded in the shooting, didn’t attend the news conference.

“The family spent the day at the grave site,” Corey Brooks, pastor of the New Beginnings Church of Chicago, said, adding he called the family when he learned that Willis had being charged.

“They are very grateful and thankful. Hopefully they will be able to put this part behind them and go forward.”