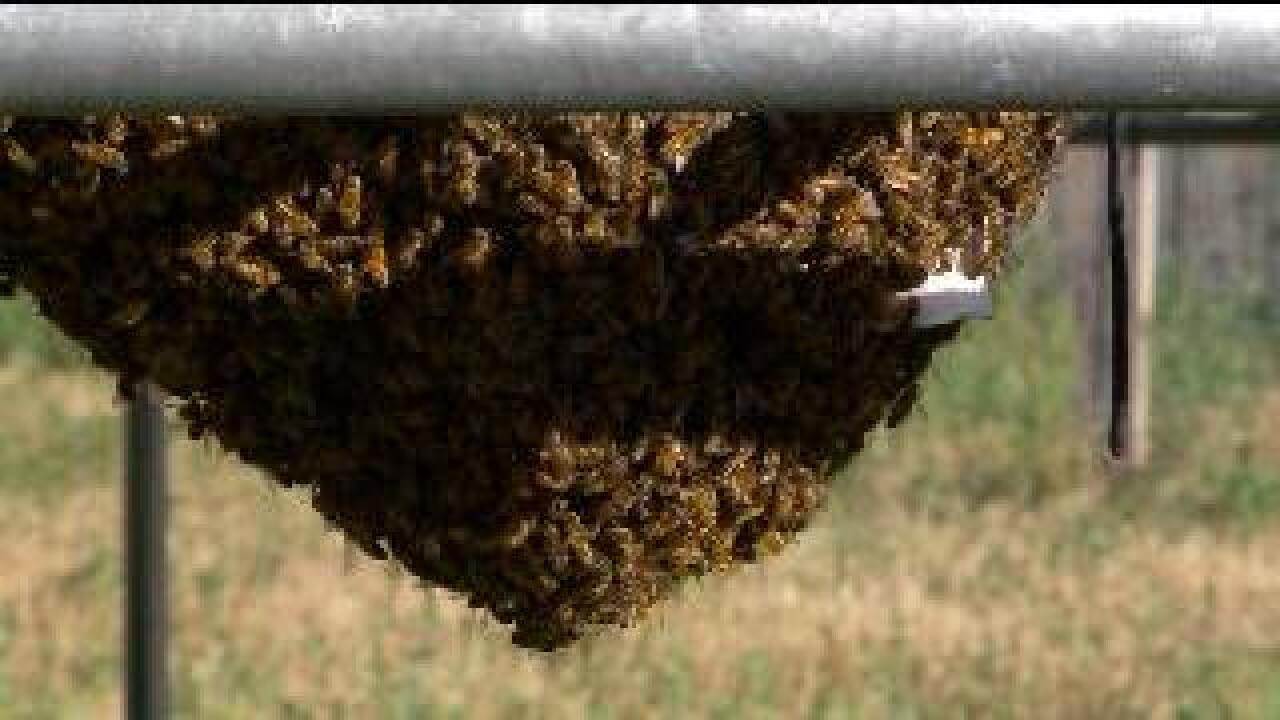 SANDY, Utah – A Sandy woman took her children out to play, and she discovered a basketball-sized swarm of bees waiting for them.

Heather Salomon found thousands of honey bees swarming underneath the trampoline in her backyard. She called in beekeeper Spencer Mortensen, who removed the hive.

She said the experience was frightening.

"I was scared,” she said. “You know, anytime you see bees or that many bees together in one spot you're a little nervous!"

Mortensen said bees tend to swarm during this time of the year, as they are harvesting food. He also said the bees aren’t as aggressive at this time because their bellies are full. He also said he was glad to take the bees off of Salomon’s hands.

"Someone around here maybe has bees, and they just lost half their hive, and I want to thank them for letting me pick it up,” he said.