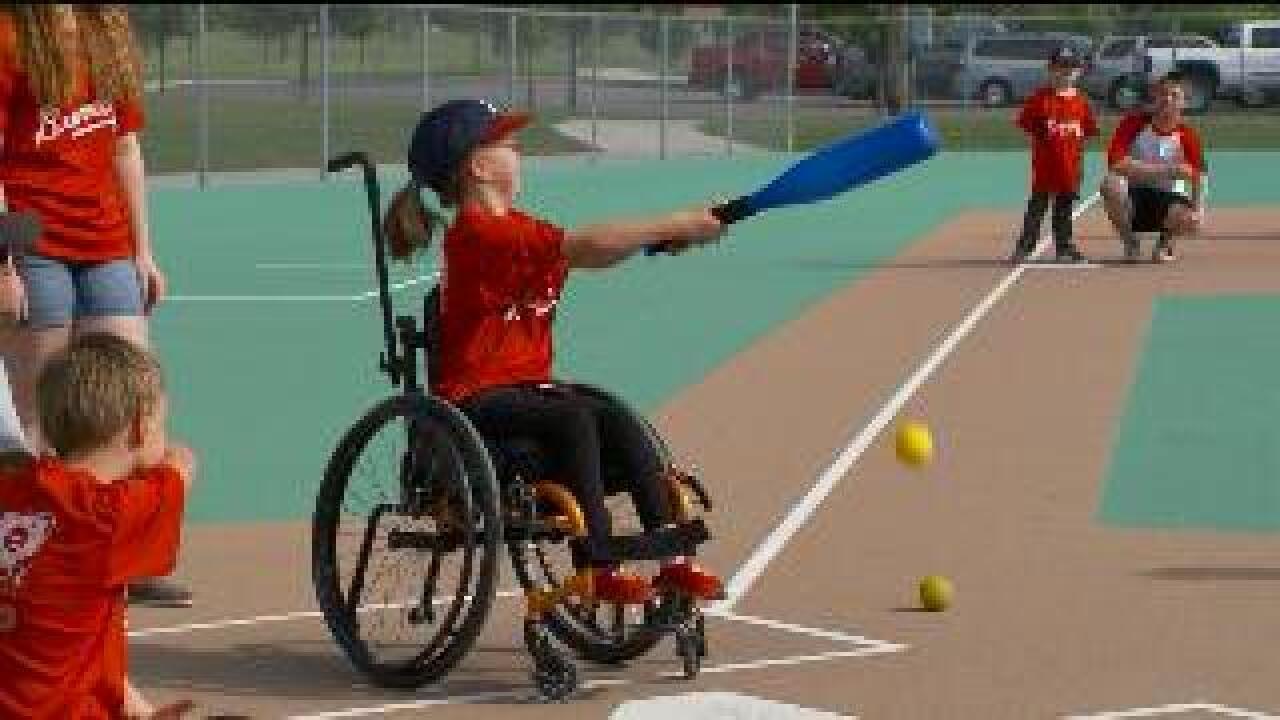 SALT LAKE CITY – Children with disabilities make up the Miracle League Baseball team sponsored by Shriners Hospitals for Children, and many of the children wouldn’t have ever had the chance to play a team sport without the league.

Matt Killpack’s son Davy has spina bifida, which makes it hard for him to stand and walk. Killpack said that doesn’t stop Davy from trying new things, like baseball.

“I remember the first week we came to this league and this game, we had never really done much with Davy and baseball,” he said. “He sat up in his wheel chair holding the bat. They give them as many balls as he needed. First pitch he gets that bat up there and gets a hit all by himself— it was the best feeling in the world.”

Recreational Therapist Andrea Maurer, Shriners Hospitals for Children, said she works to come up with ways to make sports and other activities fun for children with disabilities.

The league plays games each Sunday during the fall and spring, and they don’t exactly keep score. Parents said their kids wouldn’t get the chance to play sport if the league wasn’t there for them.

“Well, being out there is fun, and it's always a great time,” he said.