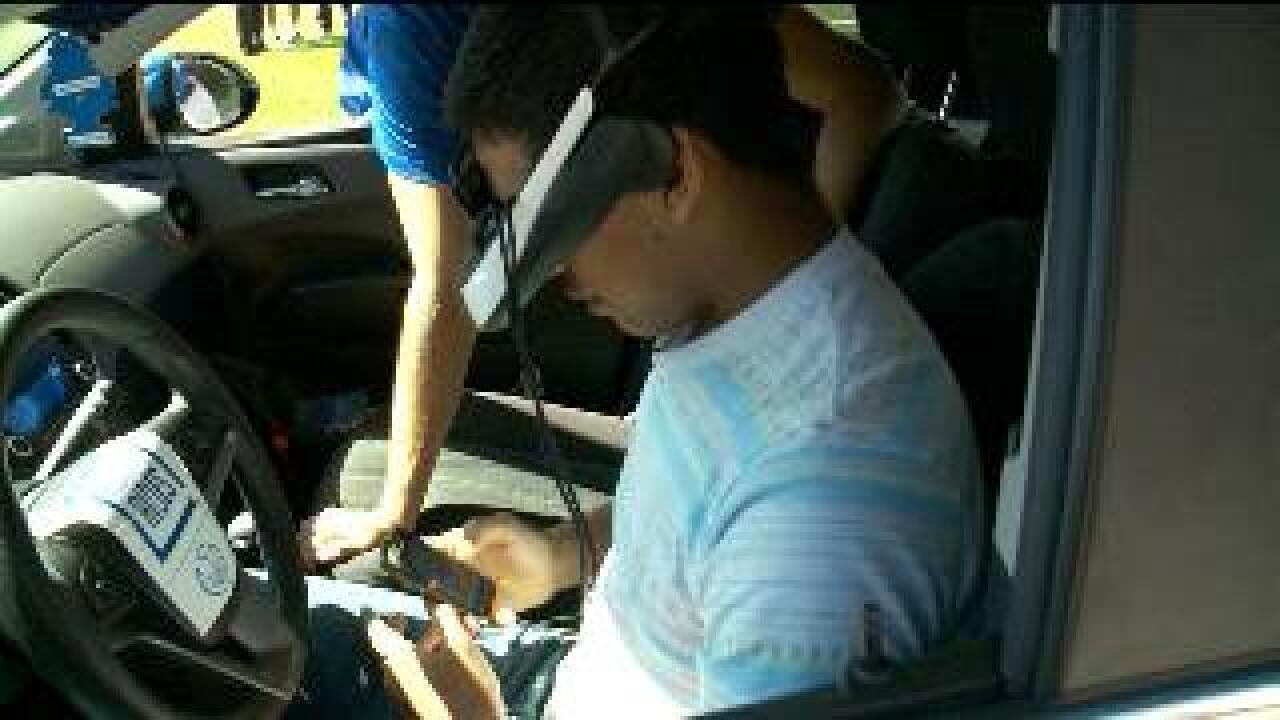 SALT LAKE CITY - Some West High School students got behind the wheel to learn a lesson about the dangers of distracted driving.

Texting while driving carries consequences, especially for teens. And sometimes, those consequences are worse than a traffic ticket.

"It is actually the number one killer of teens in America," said Allstate agent Carrie Batchelor. "Distracted driving kills over 3,000 people annually and it is attributed to 400,000 injuries."

Statistics say teenagers are 23 times more likely to crash, due to inexperience and distractions.

West High students found that out first-hand in a simulator on Thursday. Allstate Insurance put on the simulation as part of their tour across the country.

"They get into the car which is an actual vehicle, it's stationary. They're behind the wheel using their gas, their brakes, their steering and then they're challenged to text," Batchelor said.

The simulator urges teens to put their cell phones down when they're behind the wheel.

"I knew it was very dangerous but now since I've done the simulation I know it's even more dangerous than I thought," said student Patrick Armstrong. "It shows what happens when you're behind the wheel and you're distracted and driving."

Here in Utah, teens will get a ticket if they're caught using their cell phones while driving, thanks to a new law that went into effect last week.

But the West High teens who took part in the simulation say it was enough to scare them out of the temptation.

"Now I definitely know I'm not going to do it," Patrick said.