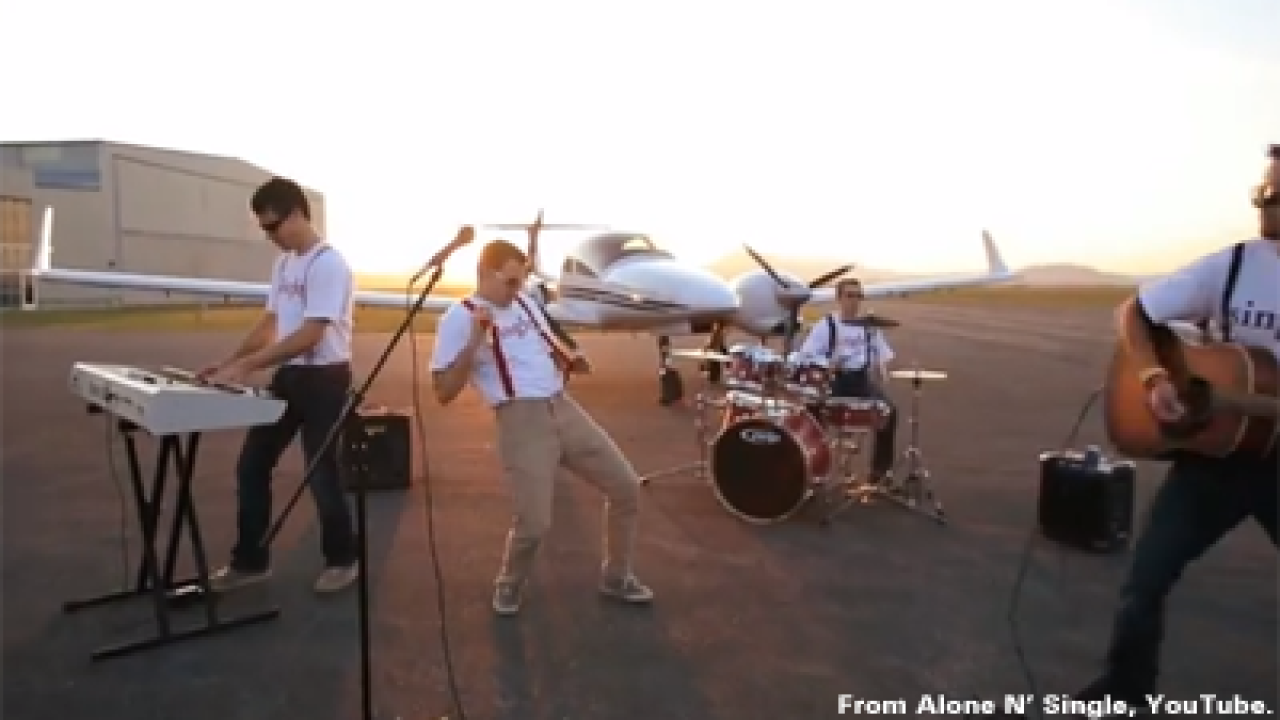 LOGAN, Utah - A band of students from Utah State University are making waves online with their YouTube video lamenting the lower age requirements for LDS missions.

Thomas S. Monson, President of the Church of Jesus Christ of Latter-day Saints, made history when he announced a change in the missionary eligibility age. Young men can now go on missions at 18, and young women can go at 19.

Now Alone N' Single, a band made up of Utah State students, have made a viral video called "She's Going on a Mission."

With lyrics like, "thought I had found her, would always be 'round her, now she's walking out the door," the song talks about Mormon men getting left behind as girls leave on their missions.

Kyle Naylor and Eric Williams are members of Alone N' Single, and they say the song was inspired by true events.

The band members know first-hand what it's like to go on a mission and leave a girl behind, but now the tables have turned.

"We wrote each other for a year, and then after that I just kinda never heard from her," Williams said. "Girls hey the tables have turned. Now they can expect the same thing. Instead of Dear Johns, we're going to start Dear Janing them."

The song was posted on YouTube on Saturday and was soon trending in the Salt Lake City area. It now has nearly 12,000 views.

"I don't think any of us had any idea that this would become as popular as it has within just a couple days. It's just a funny song, you know, that we wrote about what's going on around us," Naylor said.

The band says they've gotten a lot of requests for more songs, so they might start working on something else soon.

"She's Going on a Mission" is also available on iTunes.