Was Jodi Arias cruel? Jury reaches verdict in next phase of murder trial 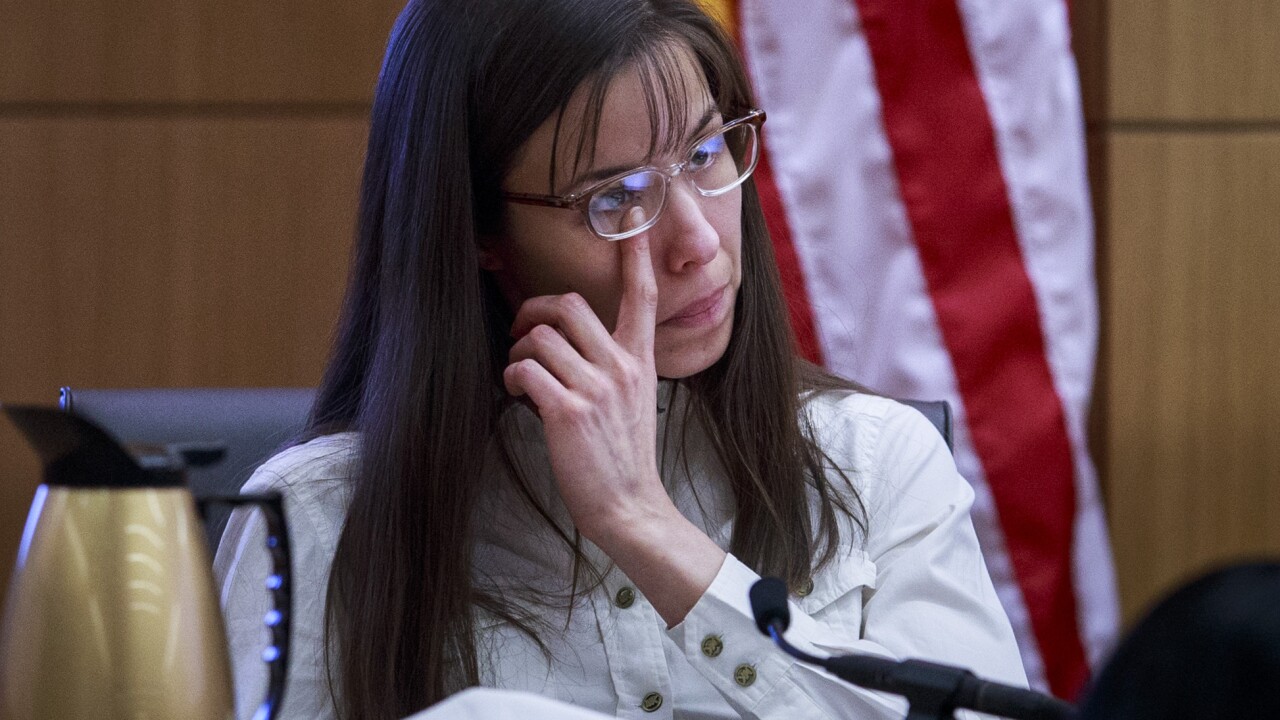 UPDATE: A jury found Wednesday that Jodi Arias was cruel when she killed ex-boyfriend Travis Alexander in 2008. That means she’ll face the possibility of the death penalty in the next phase of the trial.

(CNN) — A verdict has been reached in the aggravation phase of the Jodi Arias trial.

Jurors have been weighing whether Arias was cruel when she killed ex-boyfriend Travis Alexander in 2008.

After hearing testimony from medical examiner Dr. Kevin Horn and arguments from both sides, the jury began deliberating at 12:07 p.m. (3:07 p.m. ET). They announced they had reached a verdict nearly three hours later.

Arias sobbed in the courtroom Wednesday as a prosecutor presented evidence.

Around her, the courtroom was silent for two minutes.

And Arias, he argued, was well aware of how much Alexander was suffering.

“He was stabbed in the heart, chased down and then he had his throat slit,” Martinez said. “Those approximately two minutes that we talked about must have seemed like two lifetimes.”

Alexander was stabbed repeatedly, shot and nearly decapitated five years ago. Arias says she killed him in self-defense after he attacked her, but the grisly slaying caused even some anti-domestic violence advocates to doubt her case.

Jurors found Arias guilty of first-degree murder a week ago.

Before they can consider imposing the death penalty, they now must answer a key question: was Arias cruel when she killed Alexander?

Defense attorney Kirk Nurmi urged them not to be swayed by passion or emotion.

He said that adrenaline surging through Alexander’s body at the time of the attack could have prevented him from feeling pain.

He also argued that psychological problems prevented Arias from knowing the pain Alexander was going through or understanding what was going on.

Martinez argued that actions Arias took after the killing, like cleaning up the scene, made it clear that she understood what was going on.

As Martinez showed images of Alexander’s wounds to the jury Wednesday, Arias cried and looked away.

The jury’s highly anticipated verdict last week after more than 15 hours of deliberation was a significant step in the case.

But the trial isn’t over yet.

And Arias, who testified for 18 days during the trial, could speak to jurors again in court.

If the jury does not find her guilty of cruelty, the case would end and the judge would set a sentencing date within 30 to 60 days. At the sentencing, the judge would decide whether to sentence Arias to life in prison without parole or life with parole eligibility after 25 years.

If the jury decides cruelty is proved beyond a reasonable doubt, the case moves to the sentencing phase.

This is the defense’s opportunity to ask the jury for leniency and present evidence to support why Arias should be spared the death penalty. Witnesses may include Arias’ friends and family, and Arias could make a statement to the jury pleading for her life to be spared.

The jury then would deliberate for a third time to determine whether Arias should be sentenced to life or death. Its decision must be unanimous. In the case of a deadlock, a new jury would be chosen for this phase only.

Minutes after the first-degree murder guilty verdict was announced last week, Arias said receiving a sentence of life in prison without parole would be the worst possible outcome.

“I said years ago that I’d rather get death than life, and that still is true today,” she told Phoenix television station KSAZ. “I believe death is the ultimate freedom, so I’d rather just have my freedom as soon as I can get it.”