CH community divided over man who is housing snakes 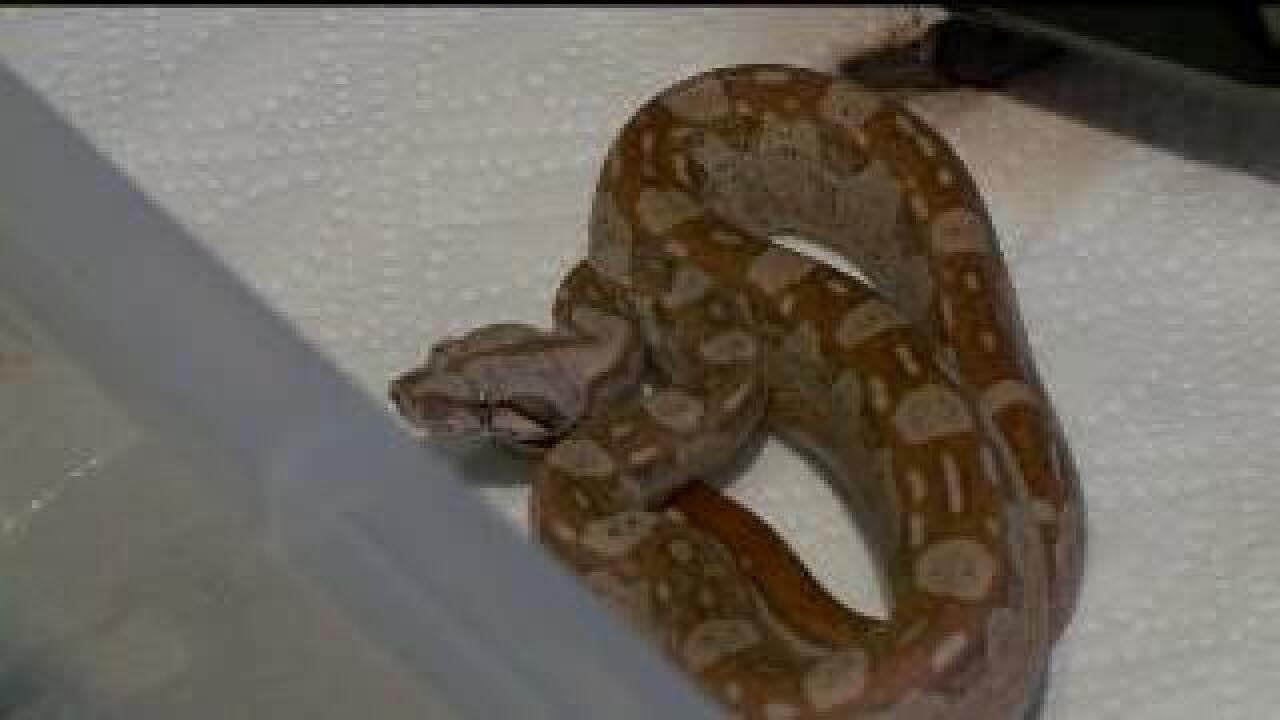 Some are demanding the city force resident Thomas Cobb to get rid of the 29 boa constrictors he keeps in his home.

There was one woman in particular leading the fight against Cobb, saying she represents the entire community of Hollow Ridge. Cobb has dozens of boa constrictors in his house. He didn't have an exotic pet permit when complaints began, but he's since applied for one.

Cobb was recently given a temporary extension to keep his reptiles. Some residents want the city to revoke the extension, but Cottonwood Heights Mayor Kelvyn Cullimore, who had to calm the crowd down, said no decision would be made just yet.

Tobi Paulos, who was representing dozens of concerned citizens, said, "I demand the floor! Please hear us out; we are concerned. This is not only a public nuisance because of him washing out the bins in the street, of which I have a picture of that on numerous occasions, over the last year we've watched him do this repeatedly."

Paulos is passionate about getting the 29 boa constrictors in Cobb's home out of her neighborhood. She called the reptiles a nuisance and a threat to the community. After a five-minute speech, dozens cheered and applauded her efforts to convince the city to get rid of Cobb's reptiles.

From one side to the other, there were also residents at the meeting in support of keeping the snakes where they are, locked in Cobb's basement. Supporters of Cobb said fear is what's driving some residents' concerns.

"Mr. Cobb's snakes are far from being dangerous in any way and are no different from animals people don't object to, like squirrels,” one supporter said. “It's just a matter of perception. I doubt very much people would object if he was keeping a parakeet in his basement, and yet they are exotic animals too.”

"This is not really a snake issue anymore, if it ever was, but has evolved into the right of a private citizen to pursue the happiness of his personal hobby in his private home," Cobb said.

Cullimore said ambiguity is at the heart of the conflict.

“The issue for the city is their ordinance, specifically the exotic pet permit, which is apparently too ambiguous to define,” Cullimore said. “Does it allow residents to own one exotic animal or dozens? The issue boils down to the fact that we have an ordinance that governs exotic pets, and the issue comes down to the interpretation of that ordinance."

Because the ordinance isn't clear, the city will now have to look at changing or clarifying it. No decision was made at Tuesday night's city council meeting about Cobb's large collection of exotic snakes.