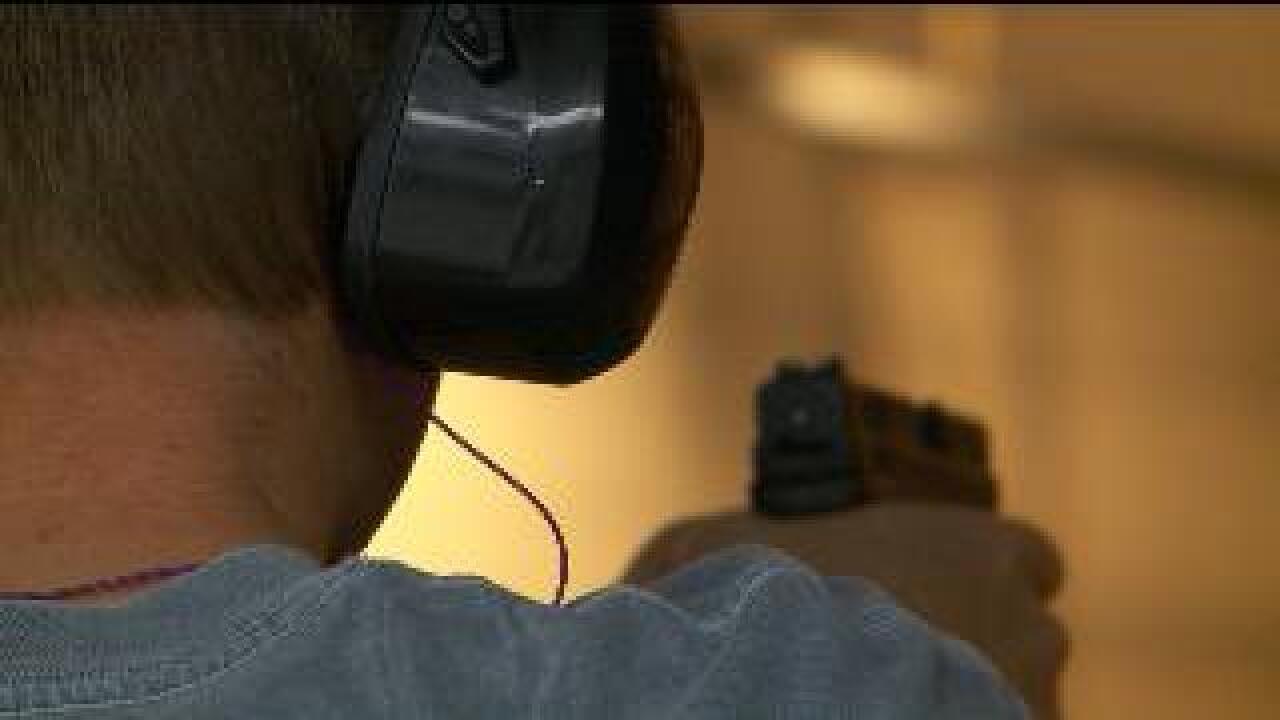 SALT LAKE CITY - Reloading your gun isn't as easy these days. A national ammunition shortage is affecting both citizens and cops.

Historically, anytime a Democrat runs the White House, gun owners stock up, concerned their second amendment rights will erode. Since the new year, there’s been a run on ammo after talk of new gun control efforts and Internet rumors that the U.S. government is stockpiling ammunition.

At gun retailers across the country, "absolutely nothing on the shelves unless you want a 243 or another obscure hunting round," said gun owner John Davis.

"This is really bare,” said Craig Ball, the operations director at Impact Guns in Ogden, referring to a shelf where popular rounds are stored.

Nine-millimeter and .22 rim fire are almost impossible to find.

Ammo has doubled, and in some cases, tripled in price. Managers are limiting what customers can buy.

"On the high demand items, yes," said Ball. "Nine-millimeters, 22s, that stuff we do have to manage."

Ball said the high demand has been rising since late December and early January, right after the Sandy Hook school shooting.

Sandy Hook prompted President Obama to push for expanded, universal background checks on gun owners. Senators shot down the legislation in April, but Democrats vow the fight isn't over.

For some gun owners, the reaction? Buy more bullets.

"It's fear, people are wanting to make sure they have what's not available to them at a later time," said Brent, an Ogden gun owner

"The second reason is you see the federal government snatching up a whole bunch of ammo with the Department of Homeland Security," said gun owner John Davis.

"The government is buying it all up so we can't have it and that’s how they’re going to control us, there's dozens of tales, but what do I know? I don't," said Ball.

Utah Congressman Jason Chaffetz and other Republicans are questioning whether the Department of Homeland Security is stockpiling ammunition.

The Associated Press reports that DHS secured contracts to buy some 1.6 billion rounds of ammo over the next five years. That's enough ammunition to supply the Iraq War for 24 years.

If true, Chaffetz says, DHS has more ammo per person than the U.S. Army or agencies like the Social Security Administration, which has law enforcement officers that investigate fraud cases.

"Social Security is going into dangerous operations, they arrested over 500 people in very volatile situations, yet Homeland Security is using 1,000 more rounds per person than Social Security. Why is that," said Chaffetz during the April hearing.

"In Homeland Security, our agents are exposed to a variety of situations. Especially those agents on the border, they don’t have just one weapon. They might have three weapons," said Humberto Medina, an official who oversees tactical training with Immigration Customs and Enforcement, or ICE.

"We have not purchased 1.6 billion rounds of ammunition," said Dr. Nick Nayak,
a chief procurement officer with DHS.

Nayak says the number is more like 750 million rounds, which are used for training. The agency says it's buying in bulk to save taxpayer money. Members of Congress are still investigating if that's true.

"It seems to be just walking out the door, there's no accountability for where this ammunition is going," said Chaffetz during the April hearing.

"Sir, I can assure you the ammunition is accounted for," Medina replied.

Chaffetz fired back, "Where? We've been asking for this for a long time."

A select group of Republicans are getting behind the Ammo Act, legislation that, if passed, would audit government ammunition purchases and control how much agencies can stockpile.

Meanwhile, ATK, partly based in Utah, manufactures ammunition and calls the Homeland Security theory a "false and baseless claim" made by a "vocal few."

Democrats ridiculed the idea as well.

Whether the ammunition shortage is spawned by a rational concern or paranoia, regardless, the shortage is having a real impact on police departments across the country, including here in Utah.

For years, police have used simunition, a non-lethal round used to simulate live-fire scenarios. However, in light of the run on ammo, 'simunition' has become more prevalent.

"What we've done is try and focus more on some other training we can do without shooting ammunition," said Chief Sol Oberg with the Kaysville Police Department.

Centerville Asst. Police Chief Paul Child adds that cops in his department are shooting less when it comes to practice.

Some departments are cutting back training while they wait months for training ammunition.

"If the manufacturers are telling your distributors, 'We're three, four or six months out,' you aren't able to train until you have your ammunition,” said Sgt. Rick Morgan of the Roy Police Department.

Some officers are even paying for their own ammunition out-of-pocket.

"In the past we've had a policy of handing out officers one box of ammunition a month for practice and we've had to pull that back severely to where we can’t give that out for practice," said Child.

"It's absolutely ridiculous to think that we’re asking police officers to pay for their own ammunition. That's one of the most absurd things to come out of this," said Maryann Martindale, a gun owner and president of Alliance for a Better Utah.

Granted, we're talking about practice rounds, not the ammo an officer uses on the streets but Martindale echoes a concern police are voicing as well.

"[It's] lessening the ability of our officers do the type of training we want to have, the volume of practice ammunition we need for practicing, which is a critical thing to keep that skill level up," said Child.

Ammo prices have doubled, and in some cases, tripled. Cops are asking their cities for more money to pay for ammo.

"From last year's budget to this year's budget, we’re asking for about $2,500 more," said Child about Centerville's budget.

"If the costs go up, that gets passed on to the taxpayers so that's going to affect everybody," said Sgt. Rick Morgan.

"If the police were short on ammo and just couldn't do the job, I'd be happy to sell some of my stock to keep them up to speed. It's unfortunate that's the case," said gun owner John Davis.

An Ogden gun owner who went by only "Brent" added, "Well, we can also ask the government why they're purchasing 1.5 billion rounds of ammo."

ATK, which has facilities in Utah, and manufactures ammunition for civilians and the government, including the Department of Homeland Security, calls the stockpiling allegation false and baseless and says civilian demand is what's driving up costs.

"I already have a great fear of the lack of proficiency in the average gun owner, I don't want to have that same concern for police officers."

Some manufacturers say their facilities are working 24-7 to meet demand but unless that lowers, several Utah police chiefs will be asking their communities for more money in the July budget to pay for ammunition.