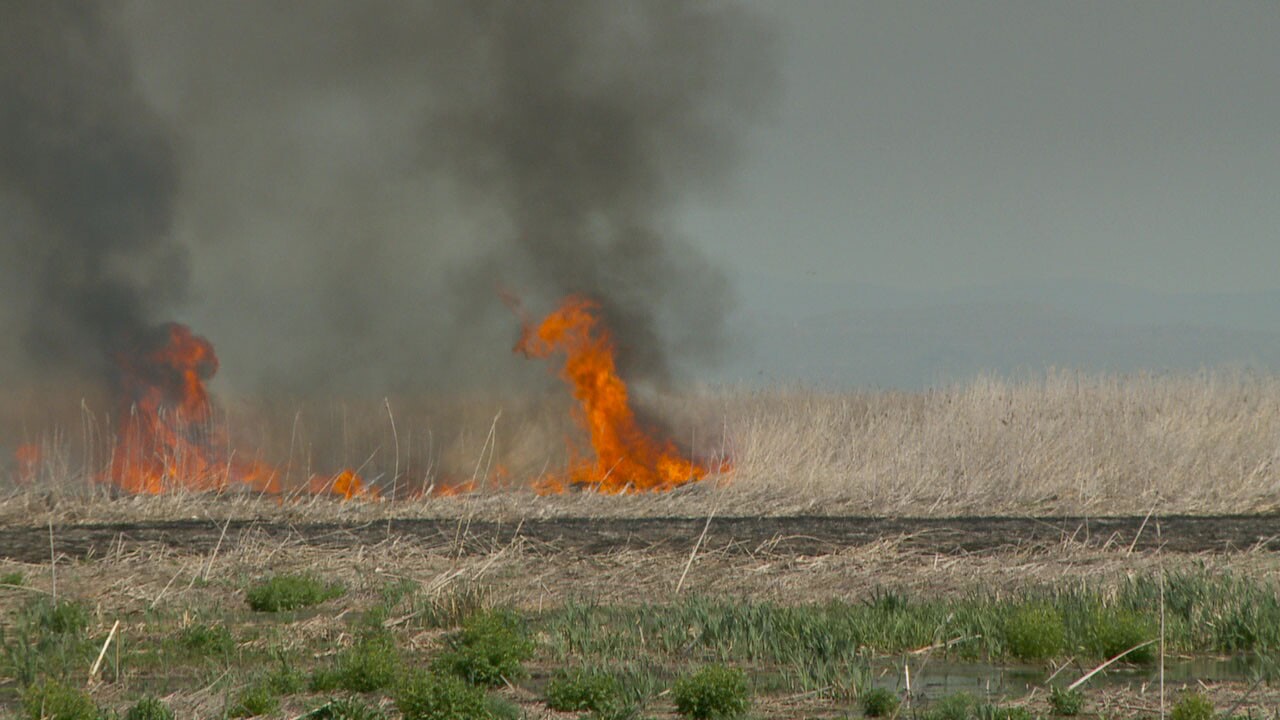 WILLARD BAY, Utah – People near Willard Bay on Monday may have noticed plumes of smoke in the area, but the fire was intentionally set as a prescribed burn.

Authorities started the fire on 400 acres of land Monday in the Ogden Bay Wildlife Management Area in an attempt to kill off an invasive reed.

Jason Curry, Utah Division of Forestry, Fire and State Lands, said the reed is a problem that needs solving.

“We`re burning off a lot of the invasive Phragmites reed that's kind of taken over here,” he said. “'The native plants like cattail and the other reeds are kind of being out competed.”

State officials began by spraying the reeds to kill them off, and then they set them on fire to be rid of them completely. Curry said the death of the reeds means a better life for native plants and animals.

“This is a huge benefit for the wildlife, and that's the main target, to improve the habitat for them,” he said. “The Phragmites is extremely inhospitable to waterfowl, shorebirds, pretty much any wildlife other than maybe a few songbirds.”

Authorities ensured the weather and wind conditions were favorable before beginning the burn.