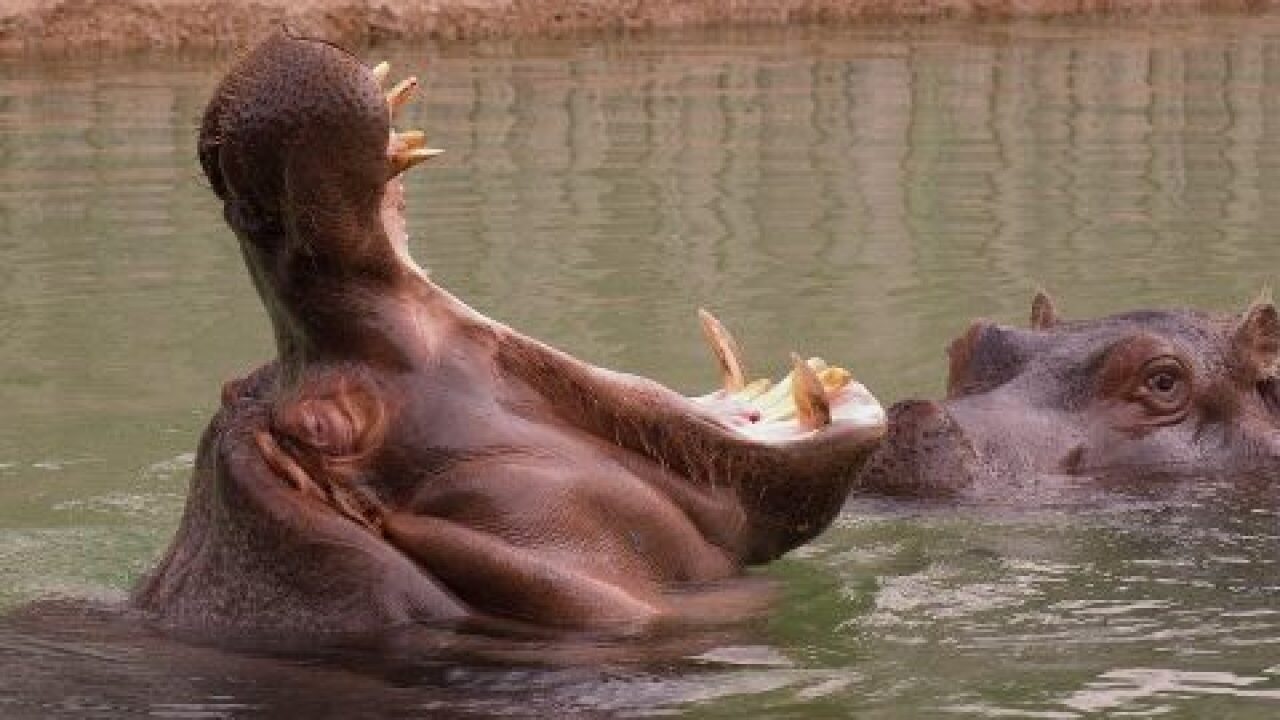 BEVERLY HILLS, Mich. – Paul Templer knew his would-be murderer. He was sort of hard to miss. After all, he was a two-ton hippopotamus.

The Michigan native recounted his amazing tale in the London Guardian’s “Experience” series last week. Considering Templer was swallowed by a hippo and lived to tell about it, other stories in the series may end up failing in comparison.

At the time of the swallowing, Templer was a 27-year-old river guide giving tours down the Zambezi river near Victoria Falls along the African border of Zambia and Zimbabwe.

Everything started when one of Templer’s apprentices got his small kayak – complete with two worried tourists – hi-centered on the back of a large hippo. Templer said he paddled furiously back upstream in an attempt to assist the kayak.

That’s when he was “engulfed into darkness.”

“There was no transition at all,” Templer said. “No sense of approaching danger. It was as if I had suddenly gone blind and deaf.”

The hippo had chomped down on Templer’s left arm and chest. A doctor would later find over 40 puncture wounds spanning the area. A confused Templer wrestled for his life.

“I managed to free one hand and felt around – my palm passed through the wiry bristles of the hippo’s snout,” Templer continued. “It was only then that I realized I was underwater, trapped up to my waist in his mouth.”

After wriggling as hard as he could with an arm almost completely devoid of flesh, Templer said the hippo opened its mouth and he was able to escape – momentarily. As he was swimming toward one of his apprentices, the hippo clamped back down on his leg, swallowed and dragged him back under 10 feet of water.

“I’ve no idea how long we stayed under,” Templer said. “Time passes very slowly when you’re in a hippo’s mouth.”

In addition to pain, Templer was overcome with emotion.

“I knew that it was my moment of choice,” Templer said. “I could shut my eyes, I could drift off, I could call it a day, or I could fight my way through this and I could stick around. … The pain was so intense I thought for sure I was going to die. And then when I didn’t, there were moments that I wished that I would, just to escape that excruciating agony.”

Eventually the hippo surfaced and spit up Templer one final time. After hours of surgery, he survived and lives a fully-functioning life today.