Tar sands protesters interrupt U of U fuel conference 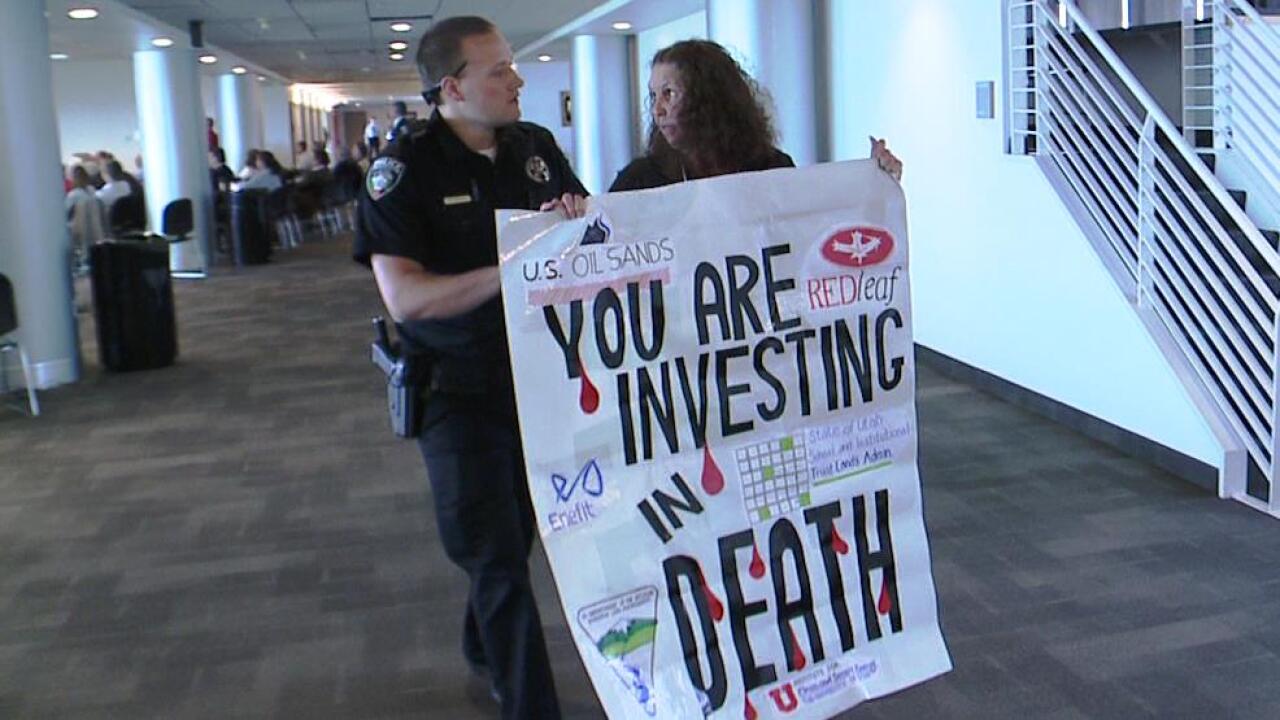 SALT LAKE CITY - Protesters stormed an energy conference at the University of Utah on Tuesday, criticizing the university for holding a meeting that focused on tar sands development in the western United States.

Shouting at a crowd of potential investors and researchers, protesters with the Utah Tar Sands Resistance said a tar sands project in Utah would destroy the state, temporarily halting discussion over oil development projects in Utah.

"People will be coming from all over the country this summer to stop the U.S. Oil Sands mine from happening," one protester said.

Tar sands was just one of the many topics covered at the meeting, which was, in part, a chance for University of Utah researchers focusing on oil projects to reveal their findings.

"I don't have a specific position on development. The goal of our institute is to provide information to the public on a range of research that we're doing," said Jennifer Spinti, Department of Chemical Engineering, University of Utah.

Spinti says she's been focusing on the economic impact of certain projects, like tar sands.

"These fuels are not cheap to produce. They do have a higher cost, more processing than a conventional crude so certainly the price of oil will have a huge impact on the economic viability," she said.

Extracting oil from the sand is more complicated than conventional oil recovery. It requires mining then a process that involves adding hot water to the soil to separate it from the oil.

In Utah, they'll be using a special liquid for that process.

"There have been concerns in the press about water use and the fate of the solvent. They'll be recycling most of the solvent, but some of the solvent will not be recycled which will mean it will end up in the environment," Spinti said.

The protesters were eventually escorted out of the meeting, but they made it clear their concerns won't be going away.

"The idea that they can just come here and start squeezing oil out of rock for a profit is just ludicrous," said Melanie Martin, a protester. "Our goal is to draw attention to how destructive tar sands mining really is."