Father, son will bike from Idaho to Texas to support admitting gays into BSA 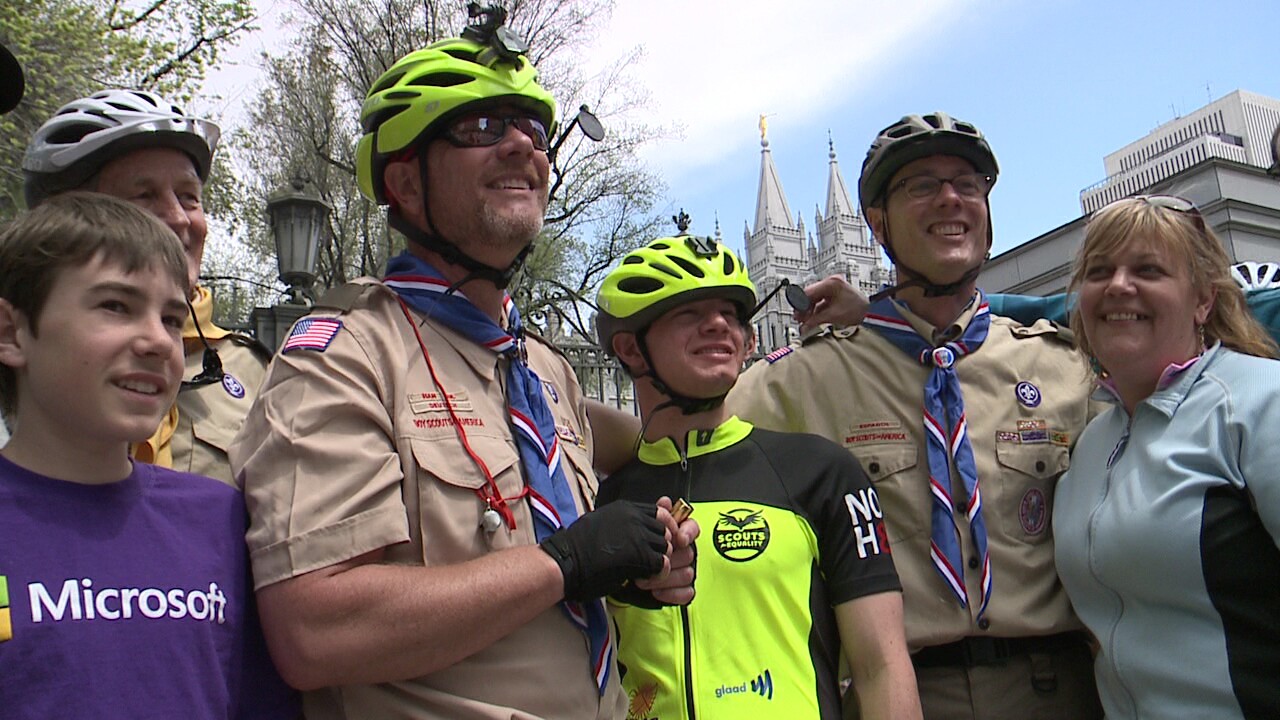 Dave McGrath and his son biked from Idaho to Texas to support allowing openly gay youths into the Boy Scouts of America.

SALT LAKE CITY -- It was perfect weather for a bike ride to Temple Square, and one father and his son biked all the way from Idaho to show their support for equality.

Dave McGrath and his son Joe are biking their way to Irving, Texas to attend the Boy Scouts of America National Meeting, and they are using their journey to campaign for a change in membership policy that will allow gays to join the BSA.

In his blog, Dave McGrath said, “I go to either celebrate victory for the proposed change, or if the initiative fails, to pin my objections to the door of the BSA HQs with my Eagle badge. And there leave it. I will have no further use for it.”

Dave and Joe McGrath have both served in the armed forces, and Dave is an Eagle Scout. Dave McGrath said they want to be vocal about their love and their support for those who are gay.

"We're crossing the red heart of America loud and proud about loving people who are gay,” he said. “My son and I are not gay, but I have seven kids—six sons and a daughter— and two of my sons are gay."

The father and son were at Temple Square in Salt Lake City on Sunday.

"We came to this place here because this place represents an institution that I loved growing up,” Dave McGarth said. “This institution is the largest supporter of the Boy Scouts of America in the United States."

The pair of cyclists are using the scout motto, “be prepared” along their journey. They carry all of their gear themselves, they sleep on the ground, and they use other skills they learned as scouts.

Dave McGrath said the support from the community has been positive. He said while the Church of Jesus Christ of Latter-day Saints has said in the past they are opposed to allowing gay scouts and leaders, he said he believes the LDS church is a positive institution in the fight for equality.

“It's difficult sometimes to talk to LDS people about these sorts of things because it—they don't get very far out of step with their leaders, and yet their leadership have already declared that they are ahead of their people,” Dave McGrath said.

The McGraths will be blogging about their journey as they go. The blog can be found here.