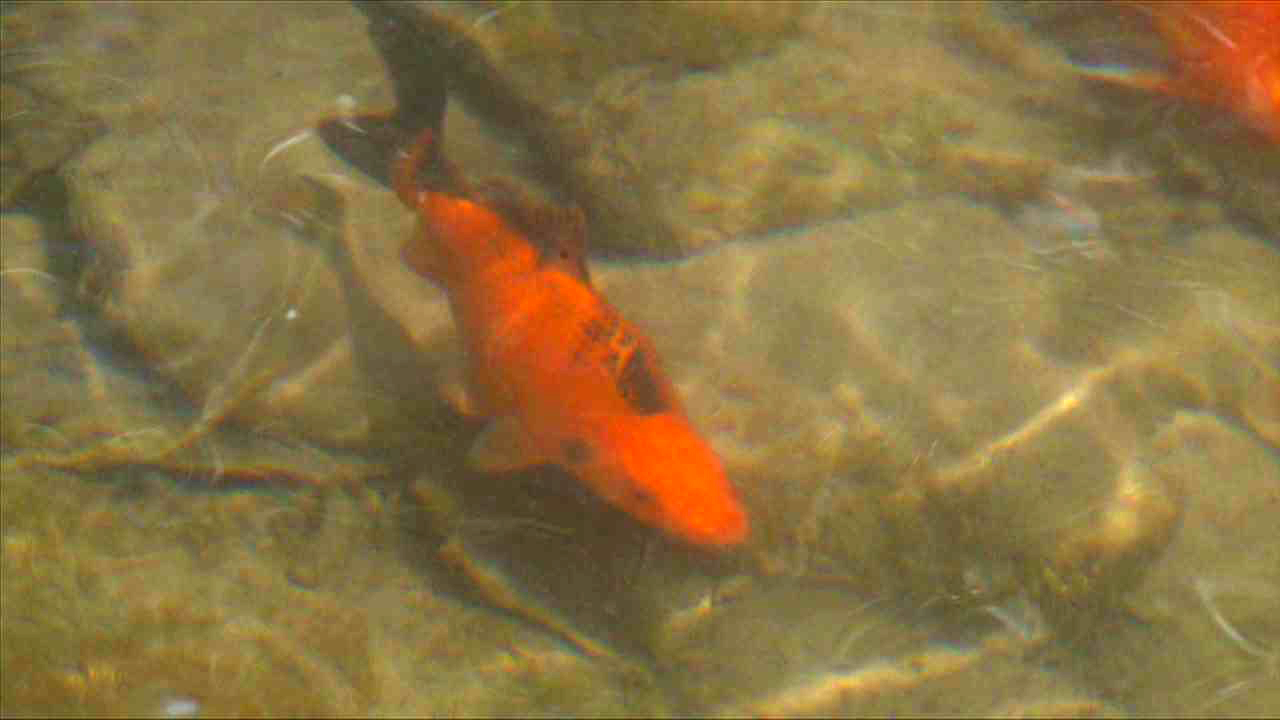 SALT LAKE CITY – Hundreds of gold fish were dumped in Parley’s Creek in Sugar House and now the Division of Wildlife Resources is trying to figure out what to do with them.

Mike Slater, regional aquatics program manager for the Utah DWR, says the fish could have come from a resident who wanted to get rid of the fish but didn’t want to kill them, so they dumped them in the pond instead.

“All we can think is maybe someone had these pets at home and they decided they are done with these pets but they don’t want to kill little Nemo, so let’s go put it in the nearest pond thinking that might be better,” Slater said.

But Slater says that can cause problems for the new fish and the fish that live naturally in the pond.

“In all likelihood, that’s probably causing more problems than good, because there are other fish species that naturally occur here. Such as the state fish the Bonneville Cut Throat Trout,” he said.

The fish will all compete for resources, which throws off the ecosystem of the pond and could cause long-term problems.

Slater says that the best thing to do is send the fish back to a pet store or give them to someone who can take care of them.

Koi importer and fish expert Rosemary Steed says that in an aquarium, the fish are small, but they’ll get big and multiply quickly in Parley’s Creek.

“It doesn’t surprise me, more people than you would think release their pets out into the wild. You wouldn’t do that with dogs or cats, you shouldn’t do it with fish, or birds, or any other pet,” Steed said.

Slater says that the koi and goldfish dumping is just a part of a larger problem.

“It’s not just the goldfish that end up in the ponds, some people just like a variety of fish like a pike or something else, when those get put into other bodies of water they can really cause problem,” he said.

DWR isn’t sure what they plan to do with all the new fish. They’ll be difficult to remove, but they don’t want to exterminate the fish unless absolutely necessary.