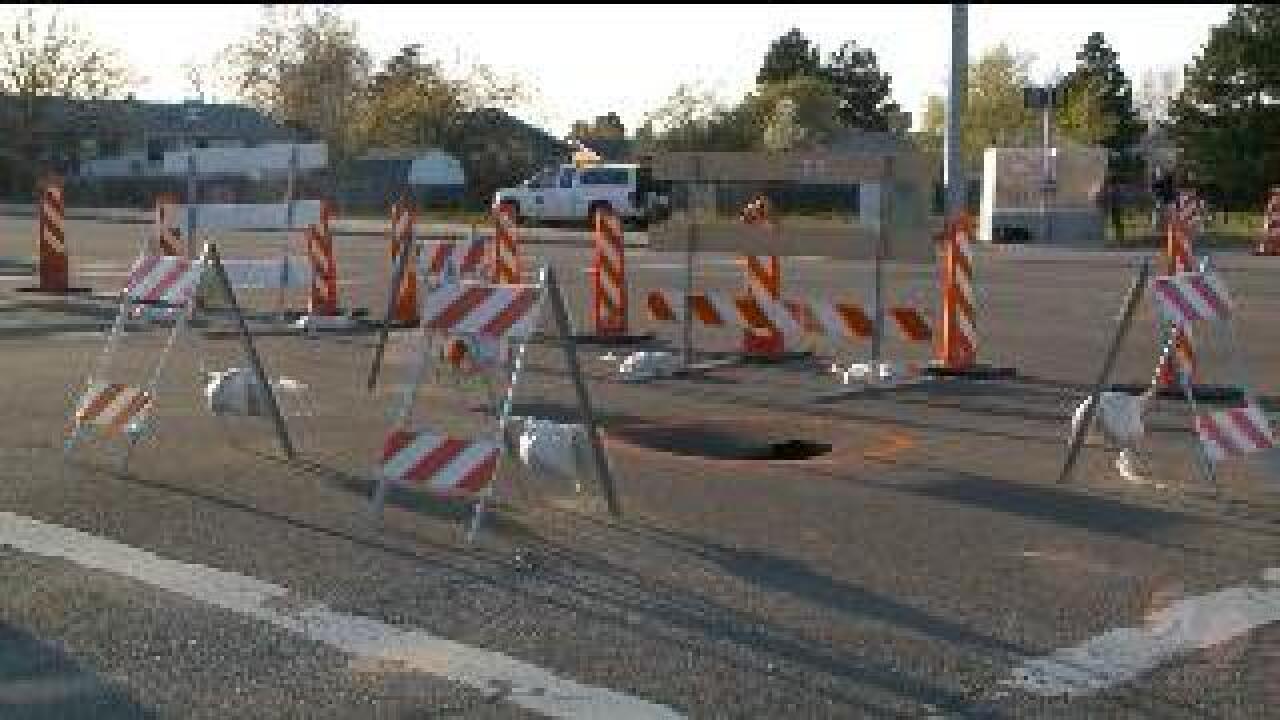 TAYLORSVILLE, Utah -- A sinkhole that opened in a road in Taylorsville could cause water service disruptions in the area, and it will close nearby roads until at least Monday.

The sinkhole opened near 5400 South and 3200 West after an old metal pipe connecting drainage lines under the road collapsed.

The hole is about 6 feet wide on the surface, but under the asphalt it’s about 20 feet deep.

All northbound and southbound lanes on 3200 West and 5400 South in the area will be closed until at least Monday. Residents can expect disruptions to their water service as crews work to repair pipes and refill the sinkhole.

Taylorsville City Spokeswoman Aimee Newton said they are working to solve the problem as quickly as possible.

"Taylorsville city officials are doing everything they can to assist UDOT in taking care of this,” she said. “We have our emergency personnel out here to make sure that the traffic flow isn't hampered too greatly, and [they’re] doing a great job on trying to keep things moving."