Airmen return to Utah after serving in South Korea 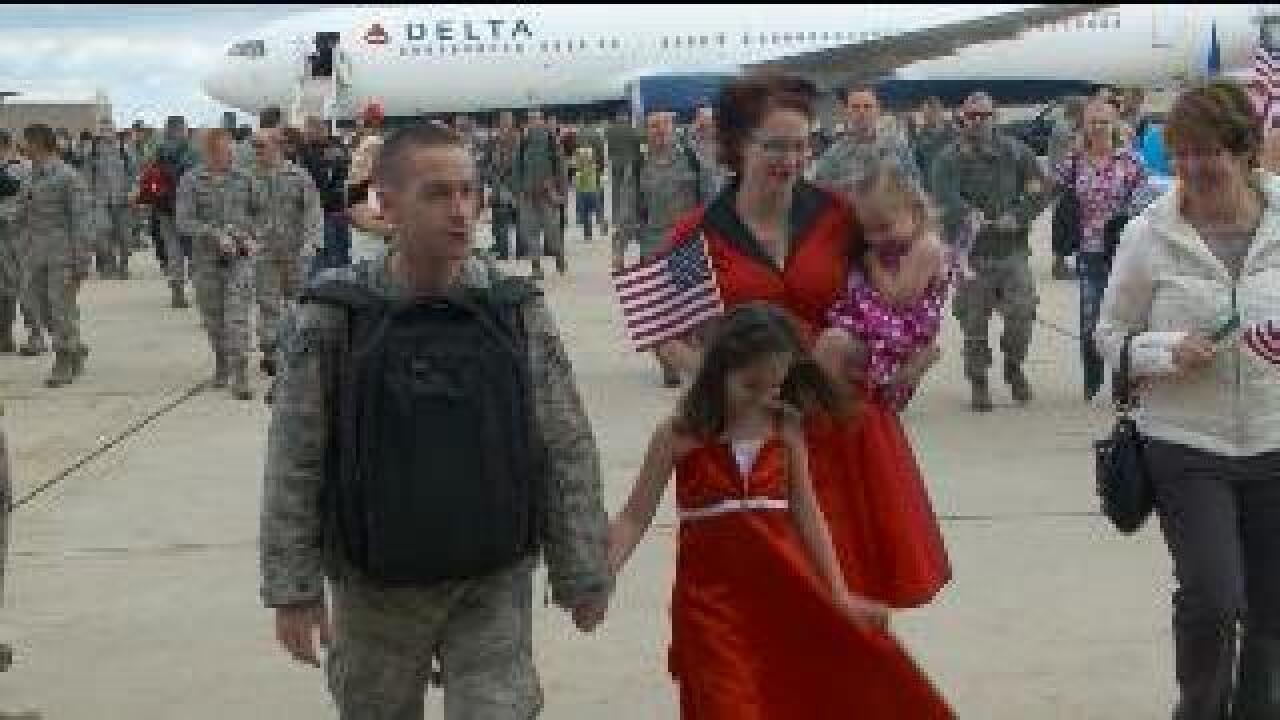 The pilots, maintainers and other personnel spent nearly seven months in South Korea  providing support for F-16s in the region.

The returning airmen say they're excited to be back in Utah with its familiar landscape.

"It was a great feeling. It was nice to be able to see the snow on the mountains, to know I'm almost home after seven months," said Master Sgt. Richard Shimer. "When they told us we'd being going home, a lot of happy thoughts and a lot of joy, just glad to be able to come home."

While they were away, officials on HAFB announced drastic cuts to flight time because of budget cuts from the sequestration. The 29 pilots returning on Monday will be grounded for the rest of the fiscal year, meaning there will be 45,000 fewer training hours.

But the airmen say there is still plenty of work to be done on the ground for now.

"We're still going to be ready to go doing ground training. Other than that it's still business as usual," said Staff Sgt. William Cronin.

The men and women who returned on Monday will now get two weeks off to spend with family and friends and readjust to the 15-hour time difference before returning to work on the base.