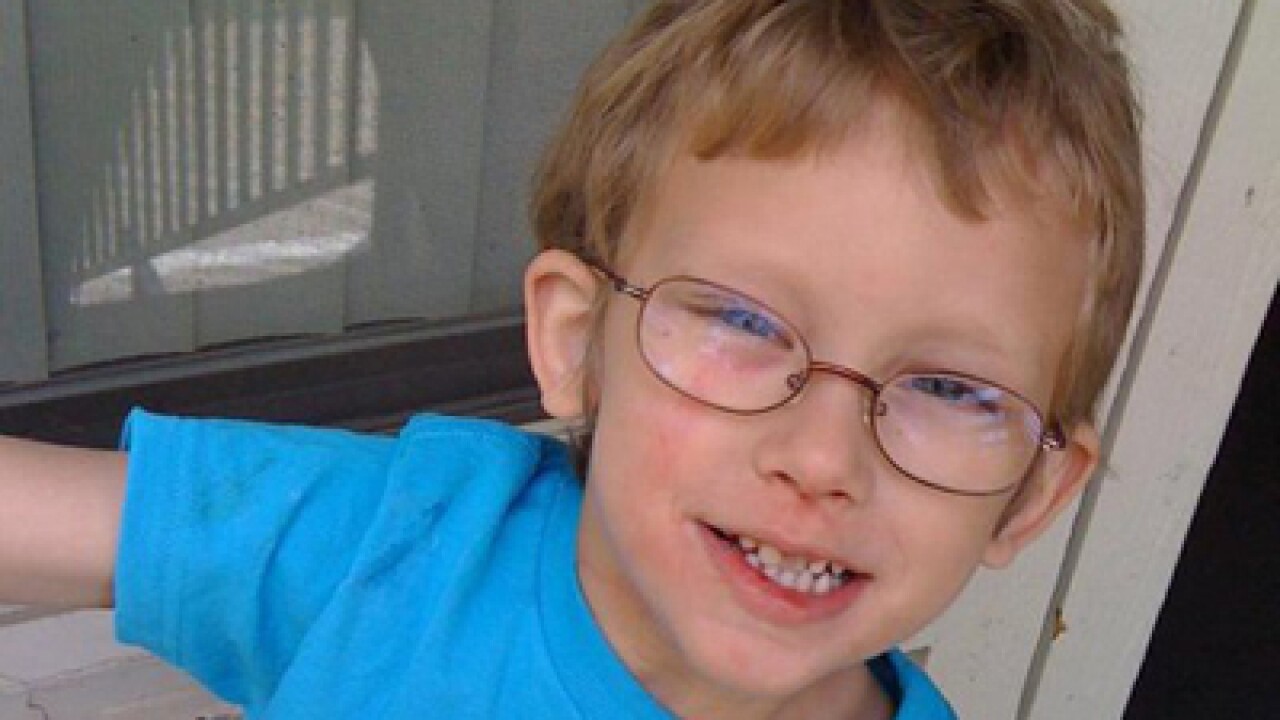 UPDATE 11:34 a.m.: After a few anxious minutes, the photographer returned. He had not taken any pictures of anything that violated the decorum order.

“Dr. Saffle, did the burns you observed on Ethan Stacy… contribute to his death?” Davis County Attorney Troy Rawlings asked.

He testified that no fluids were given and dehydration could have contributed to the boy’s death. There was a lack of splashing, suggesting the boy was held in the water.

If he had been taken someplace for treatment, he would have wound up in the burn unit, Saffle testified.

“The magnitude of these injuries is significant,” he told the court.

Ethan Stacy would have needed fluids, medications, skin grafts and several weeks in the hospital. Rawlings asked about using honey, which Saffle said is a “folk remedy.”

“We think there are lots of better treatments available,” the doctor said.

Saffle said the injuries would give him concerns about abuse, but he said with proper treatment Ethan Stacy would have survived.

Under cross-examination, defense attorney Scott Williams quizzed Dr. Saffle about how much he relied on medical examiner’s reports. Saffle said he relied heavily on photographs of the body.

“You, I take it, never personally observed the body?” Williams asked.

Williams asked about studies of burn sufferers who were never admitted to burn units. Saffle said there is some research, but he is unaware of any for those who have never been admitted to a medical facility at all.

“Do you agree that licensed, medical practitioners, who learn that a burn of any significance occurred, most certainly should advise a caretaker to seek treatment in a medical facility?” Williams asked.

Saffle testified the severity of the burns would be in the feet and ankles, going up the leg to the thigh area. He would have needed skin grafts for as much as 9 percent of his body.

“Wounds of this nature would probably take two or three weeks of substantial care whether they were grafted or not,” Saffle said.

Williams asked what water temperature would have caused the burns. Saffle said it would have to be at least 125-130 degrees Farenheit. He also estimated the water to be 3-4 inches deep.

Williams inquired if a child could pull themselves out of a tub or be lifted out.

Williams asked where the basis was that Ethan Stacy was never given any fluids. Saffle said he got it from detective’s notes, not transcripts or reports of interviews.

The defense asked about using honey to treat a burn.

“It’s widely believed at least, there are some advantages or positive aspects of it, do you agree?” Williams asked.

“It is widely believed, yes,” Saffle said, adding he believes there needs to be more study of it.

Williams continued his line of questioning asking the burn expert on toxicology and medications for pain and sedation — including Xanax (which was found in Ethan Stacy’s system). Williams asked that if he had a patient like Ethan Stacy, would he have given him drugs similar to Benadryl.

The doctor said he would not likely.

Williams ended his cross-examination. The prosecution did not see any need to re-direct testimony.

Defense attorney Richard Mauro announced that Nathan Sloop would not testify in his defense at this hearing.

“Is that true?” the judge asked Sloop.

“Yes, your honor,” he replied.

The defense said it plans to challenge the constitutionality of Shelby’s Law, because the case is a death penalty case. Mauro sought additional time to make arguments.

The judge indicated he would allow arguments in writing and oral arguments, if necessary.

Mary Corporon, Stephanie Sloop’s lawyer, stood and asked the court to continue to have her client’s case follow Nathan’s. The judge set deadlines for written arguments in Nathan Sloop’s case within three to six weeks.

The judge scheduled a June 20 hearing to discuss a challenge to Shelby’s Law and final arguments before binding Nathan Sloop over for trial.

UPDATE 10:14 a.m.: Dr. Jeffrey Saffle, the former director of the Intermountain Burn Center, is testifying as an expert in this case about Ethan Stacy’s burns.

Dr. Saffle has reviewed the autopsy and toxicology reports for Ethan Stacy. He described the various types of burns to the human body. Dr. Saffle said Ethan had second and third-degree burns on 17.5 percent of his body.

The burns would cause someone a “tremendous amount of pain,” Dr. Saffle testified.

“Infection would be one of the biggest problems we would deal with,” he said.

Asked if Ethan Stacy would have died from the burns alone, Saffle told prosecutors: “No.”

After some further testimony, Judge Glen Dawson abruptly halted the proceedings after he heard a newspaper photographer’s camera shutter. He demanded to know if the photographer took a picture of a document not entered into evidence.

The judge called a recess and ordered the photographer to come back into his chambers to see what exactly was photographed.