Week of events at U of U honor social justice allies 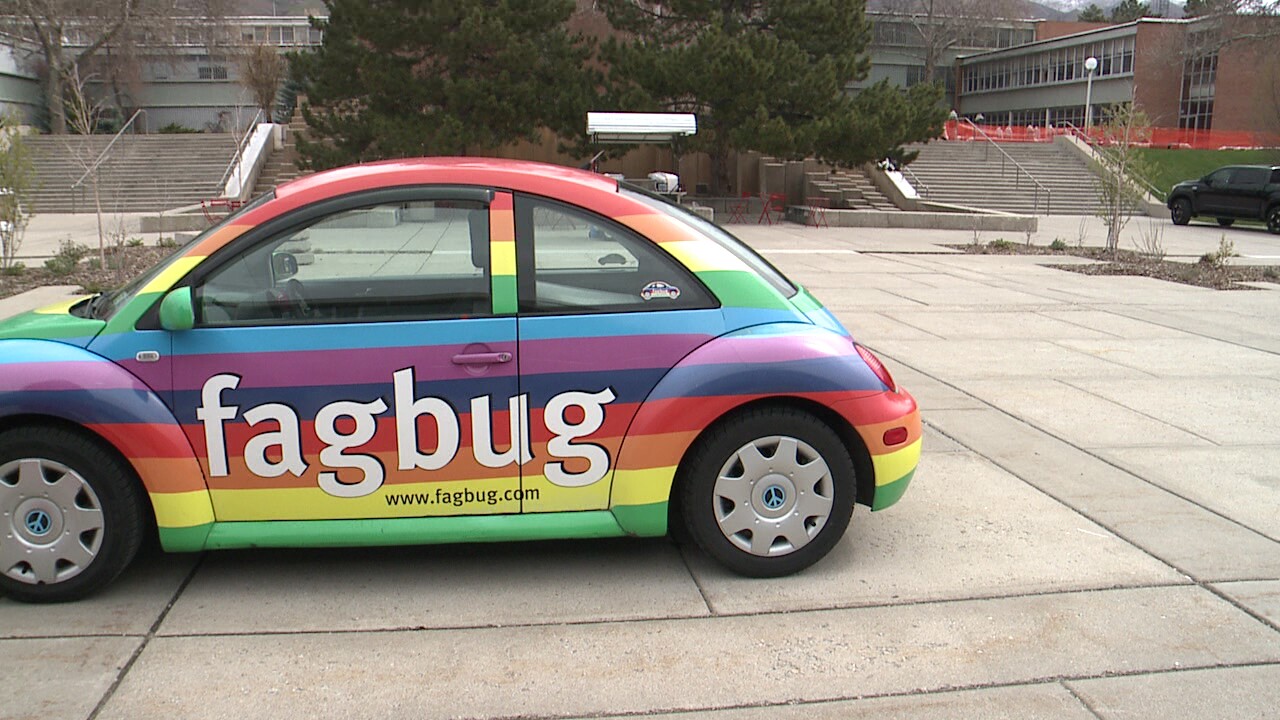 SALT LAKE CITY — It’s Ally Awareness Week at the University of Utah, which means there is a week of support for those who are advocates for members of a community other than their own.

Activities began on Monday and will continue through Friday. The theme of the week is “Stand. Speak. Act.” The week is organized by the LGBT Resource Center each year, according to a press release from the University of Utah.

The celebration featured a screening of the documentary “Fagbug.” This was followed by a discussion with the creator of the film, Erin Davies. The film was shown Tuesday morning. Davies was the victim of a hate crime after she put a rainbow sticker on her Volkswagen Beetle, according to the same press release.

Davies’ car was vandalized; someone painted “fag” and “u r gay” on the vehicle. Davies overcame her shock and decided to use the incident for a good cause. She drove her car, which is known now as the “Fagbug” on a trip through the U.S. and Canada that took 58 days.

“The University of Utah is honored to have Erin as a keynote for this year’s Ally Week,” said Enrique Alemán Jr., assistant vice president for the Office for Student Equity and Diversity at the U. “On behalf of the University of Utah I would like to express our excitement over the week’s events and invite students, faculty and staff to come celebrate the contributions and spread awareness of issues that impact the LGBTQ community at the U and in Utah.”

Kai Medina-Martinez, director of the LGBT Resource Center at the U of U, said the week of awareness coincides with the Day of Silence, which is a nation-wide event that will be held on Friday.

“This week is a time to recognize the silence LGBTQ people are forced to remain in in order to be safe, and the important work LGBTQ allies do to bring awareness to the inequities and discrimination they face daily,” she said. “It’s a week of awareness, community building and celebration.”