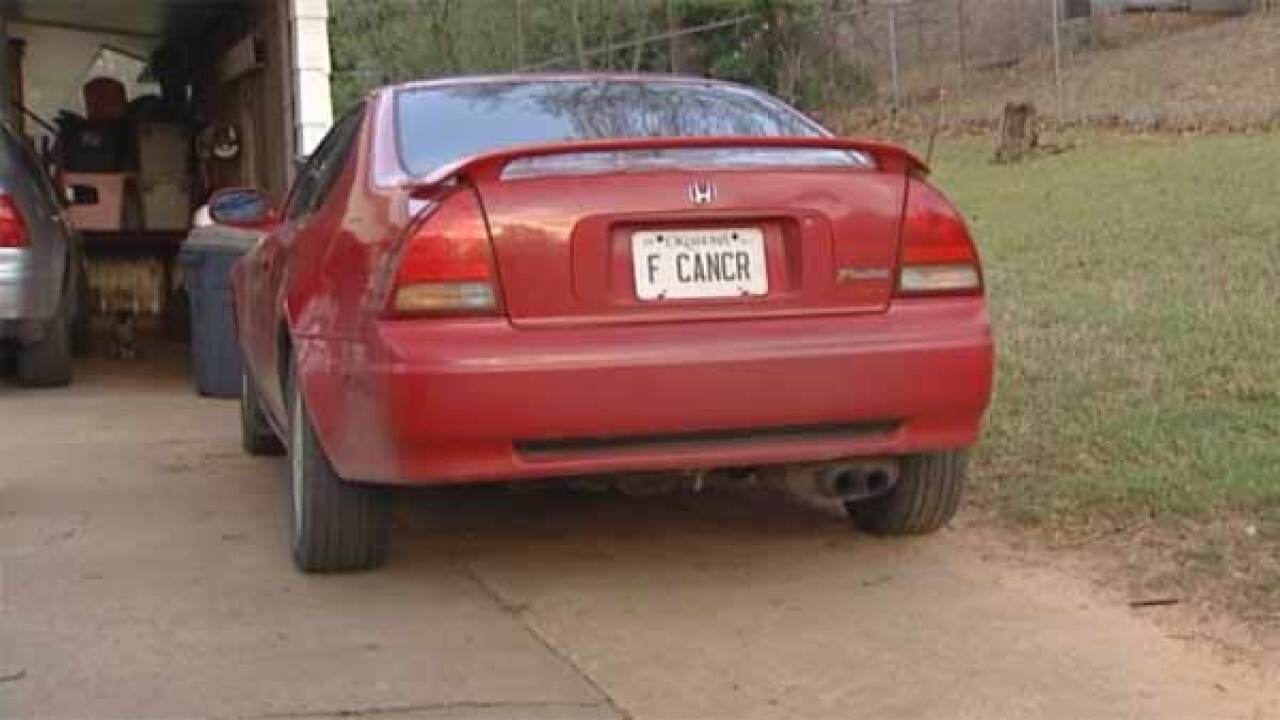 (CNN) – An Oklahoma man says the “F” in “F Cancr”, that’s written on his license plate, stands for fight.

However, the state Tax Commission wants him to change his custom license plate because people have been complaining about the implied vulgarity.

“When I had my surgery, they got 60 percent of it. The other 40 percent was entwined in my brain,” Nick Williams, the owner of the license plate, said.

At just 32 years old, Williams says he’s been through a war and he’s still fighting.

Williams has had surgery, chemotherapy and countless visits to the hospital. But giving up is not an option for Williams, the father of 5-year-old Kameron.

“If it wasn’t for him and my wife, I probably would have gave up a long time ago, really,” Williams said.

So when Williams got a letter from the Oklahoma Tax Commission saying he needed to change his “F Cancr” license plates, he called to plead his case.

“After I told him what the plates said and everything, he got offensive, kind of. He said, ‘Oh, I get complaints all the time,'” Williams said.

Williams understands that strangers may confuse the license plate at first, but like the scar on the side of his head, he says it’s a symbol of pride that he chooses to wear proudly.

“I used to try and cover it up with a hat. I tried to let my hair grow out, but it was so patchy it just never worked,” Williams said.

Williams plans to call the Tax Commission again on Monday and explain his situation to a supervisor.