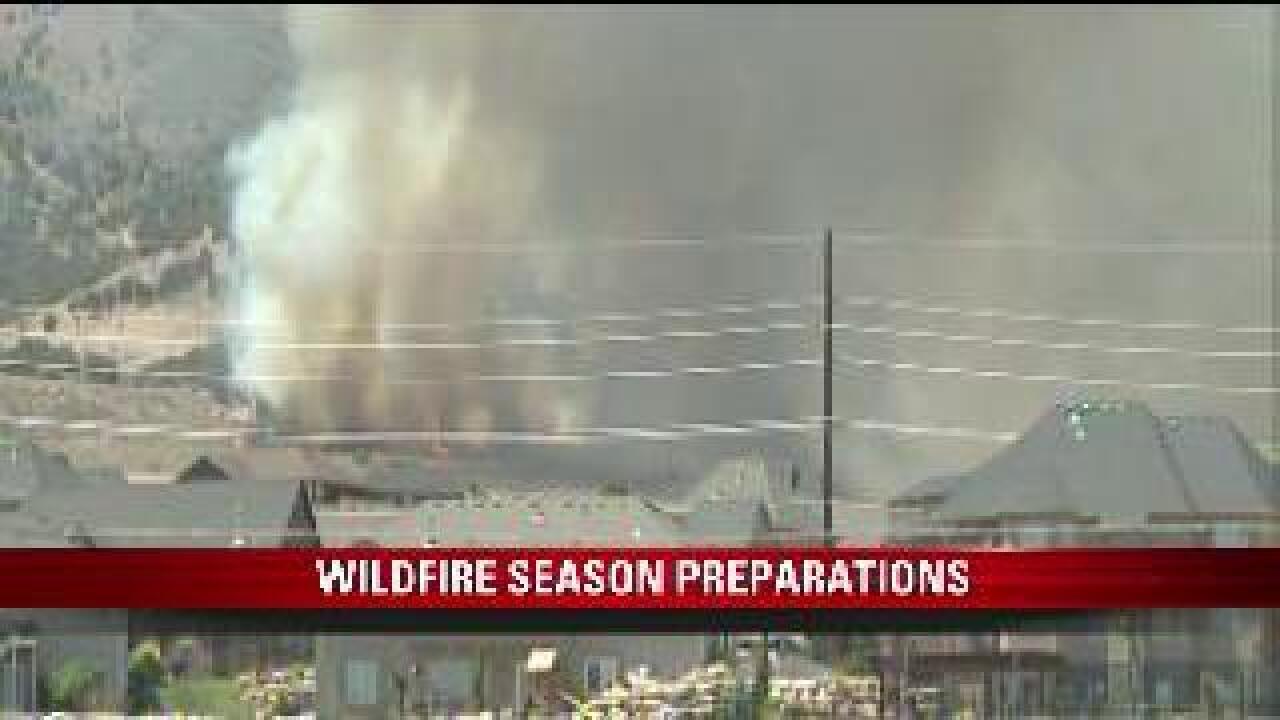 But Utah Division of Forestry spokesman Jason Curry said he's optimistic that they have enough manpower to handle the upcoming wildfire season.

Curry said the recent rainy weather is helpful in the short-term, but could lead to problems later in the season.

"The moisture is kind of a double-edged sword because it does moisten things up quite a bit, but, at the same time, the grass crop is a lot higher. So, once the new growth [...] happens it kind of reduces fire activity, but then those grasses will cure and dry out later in the season," Curry said.

In 2012, more than 1,400 wildfires burned through over 500,000 acres in Utah. Most of those were human-caused. Curry says that so far this year, things are looking much better.

"Compared to what we saw last year, we're looking a whole lot better than we did last year this time," he said. "The cooler temperatures, the humidity and precipitation, it keeps that fire season start back to the historical norms like in the June instead of April."

Curry says that some resources, like aviation resources, could be reduced because of the sequester and budget cuts.

"Aviation resources is a little bit of an unknown. If that'll be lower levels we haven't heard for sure. We're just going to kind of wait and see and hope for the best," he said.

But wildfire officials just hope the public is careful this year to avoid too many human-caused wildfires.