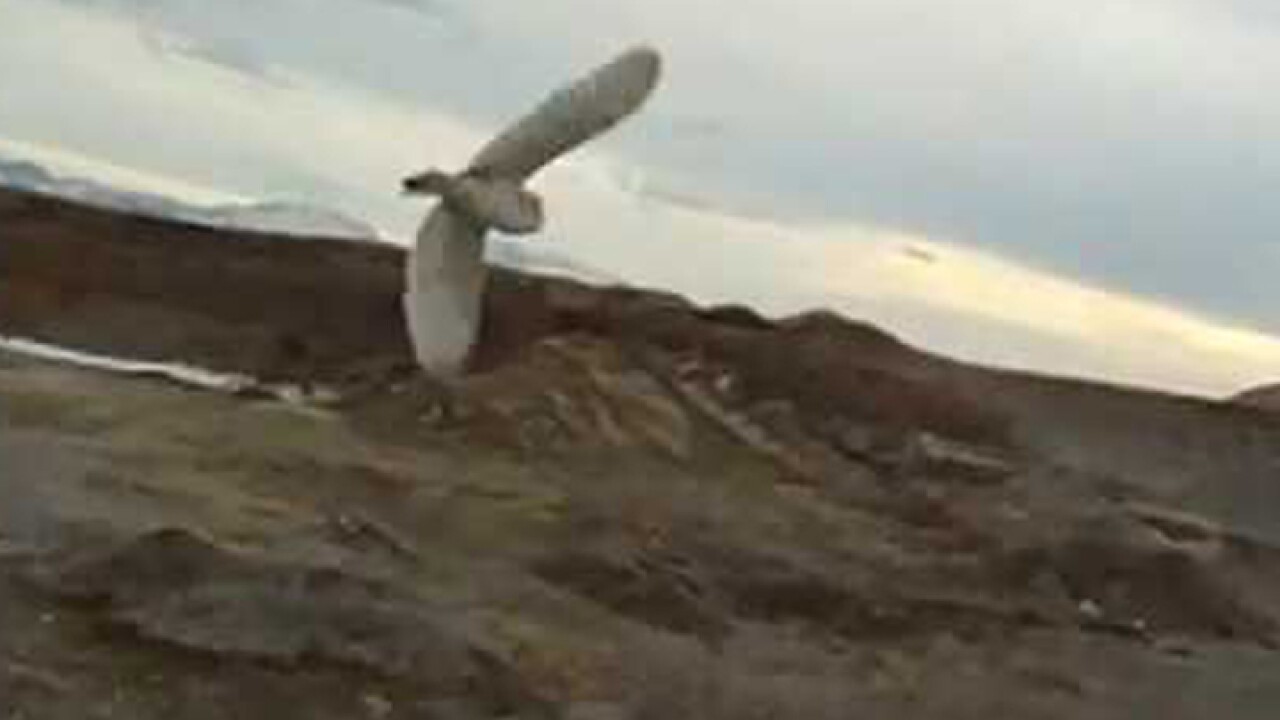 SALT LAKE CITY -- Paragliders and animal lovers are outraged after a YouTube viral video showing a powered paraglider harassing and kicking an owl in mid-air emerged.

The pilot chases an owl for 7 minutes, kicking the bird repeatedly and gloating about it.

Now, state and federal investigators are taking a closer look at the incident.

Although the man in the video’s face is not shown, Goin said he believes he knows the man’s identity.

“We all know with almost certainty that that’s Dell Schanze,” Goin said. “He has an enormous reputation in this sport of doing things that completely disregard our reputation.”

The Humane Society of Utah also believes Schanze is the man in the video. Super Dell’s face isn’t shown in the video, but the former computer store owner who’s had numerous run ins with the law is also infamous in the paragliding community.

Schanze was arrested in 2011 after posting a video on YouTube that showed him paragliding from a historic monument in Oregon.

FOX 13 visited his business in a Sandy industrial center. He didn’t answer the door but said over the phone, “What in the world are you talking about? Don’t try and blame anything on me, or I’ll sue you."

Whoever is actually in the video is not alone.  There’s a co-pilot who asks the pilot if he kicked an owl twice.

Since the video went viral, the phones have been ringing at Utah's Division of Wildlife Resources.

“The  law enforcement guys who looked at the video feel it does appear some wildlife laws have been violated, and it’s been sent to the appropriate agency to be further investigated and that’s the US Fish and Wildlife Service so that’s where the case is right now,” said DWR spokesperson Mark Hadley.

Since owls are migratory birds, they're protected under federal law. Now,the U.S. Fish and Wildlife Service will determine if the video warrants prosecution.

FOX 13 compared the glider in the video to others Schanze has posted on YouTube and they seem to be the same.

The Humane Society wants action.  Officials think the pilot should be charged and potentially fined. The U.S. Powered Paragliding Association agrees and hope the pilot never flies again. The USPPA and other paragliders are concerned that this pilot’s actions may tarnish the sport and potentially shut down launch sites.