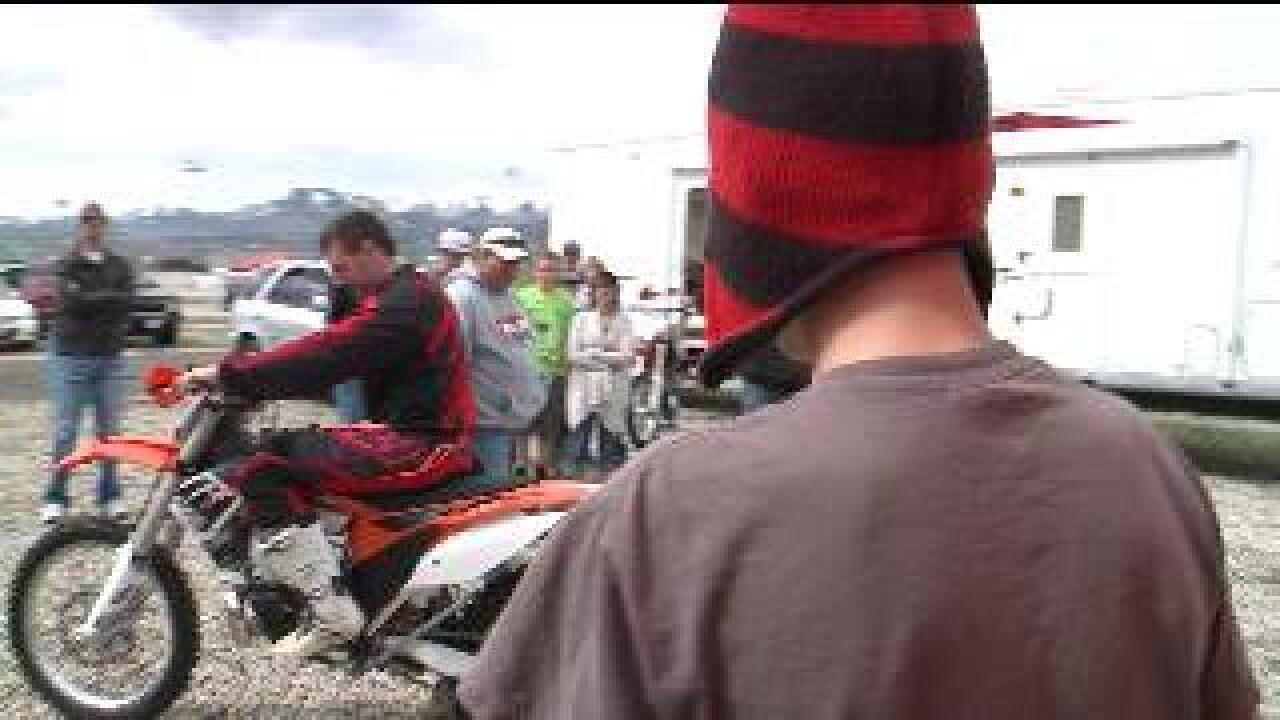 WEST VALLEY CITY, Utah -- A teenager battling a life-threatening medical condition received the surprise of a lifetime when the Make-A-Wish Utah Foundation gave him his very own dirt bike.

Jamin Henderson is 14 years old, and he has Ewing Sarcoma, which is a disease that has forced him to put aside his love of adventure and focus on chemotherapy. On Sunday he got to shift his focus back to adventure, if only briefly.

Steve Barth, Make-A-Wish Utah, said Henderson had a wish they were able to fulfill.

"His dad lives in the southern part of the state,” he said. “He's got a bunch of desert out behind his house, and his wish was to be able to go down there and ride a dirt bike in the desert, so we'll grant that today."

Wish granters gave Jamin a KTM 250 dirt bike and racing gear on Saturday at Rocky Mountain Raceway. Jamin had been told he was going to the raceway to learn how to ride a dirt bike he might someday own, so the gift was a surprise to him when he arrived.