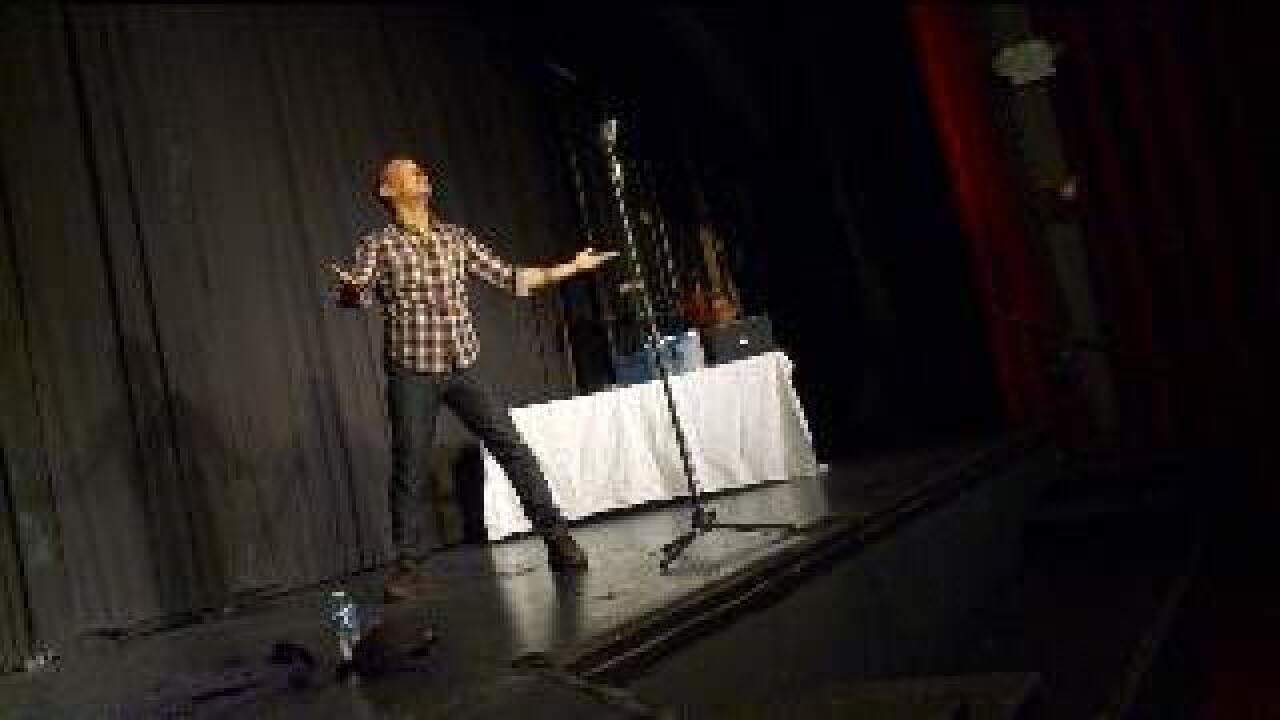 Chicago native and nationally recognized slam poet Alvin Lau preformed at the competition. The winners of the competition will represent Salt Lake City in the national poetry slam.

“Slam poetry is the art of spoken word,” he said. “However way you want to say it.”

Walker said participants perform acts ranging from stand-up comedy to rap sonnets to telling stories. He said as long as it is spoken word and fits in the time limit, it can work.

Contestants are judged by five members of the audience. They have three minutes and 20 seconds to present their original work. They may not use props, musical instruments, animals or costumes.

U of U student Cari Lindsey competed in the slam, and she shared a sample of her work.

“Internet created the world in seven gigabytes, made an Eden of data, and sent out the first creation Google lasted in the garden just a few days before Facebook was fashioned out of his rib. Torrents of newsfeeds slithering into Utopia... It was only a matter of time before we partook of Apple”

Lindsey said the best part of the competition is rooting for her fellow poets.

“The best part is watching what your fellow competitors are doing and coming out with, especially when they come out with new stuff,” she said. “The poets are clapping the loudest and cheering the hardest for it because we’re the most excited. We’ve seen these people grow, and we know what they're capable of.”

The winners of the competition were Jesse Parent, Willy Palomo, R.J. Walker, Benjamin Barker and David Alberti. They will advance to the national competition in August.