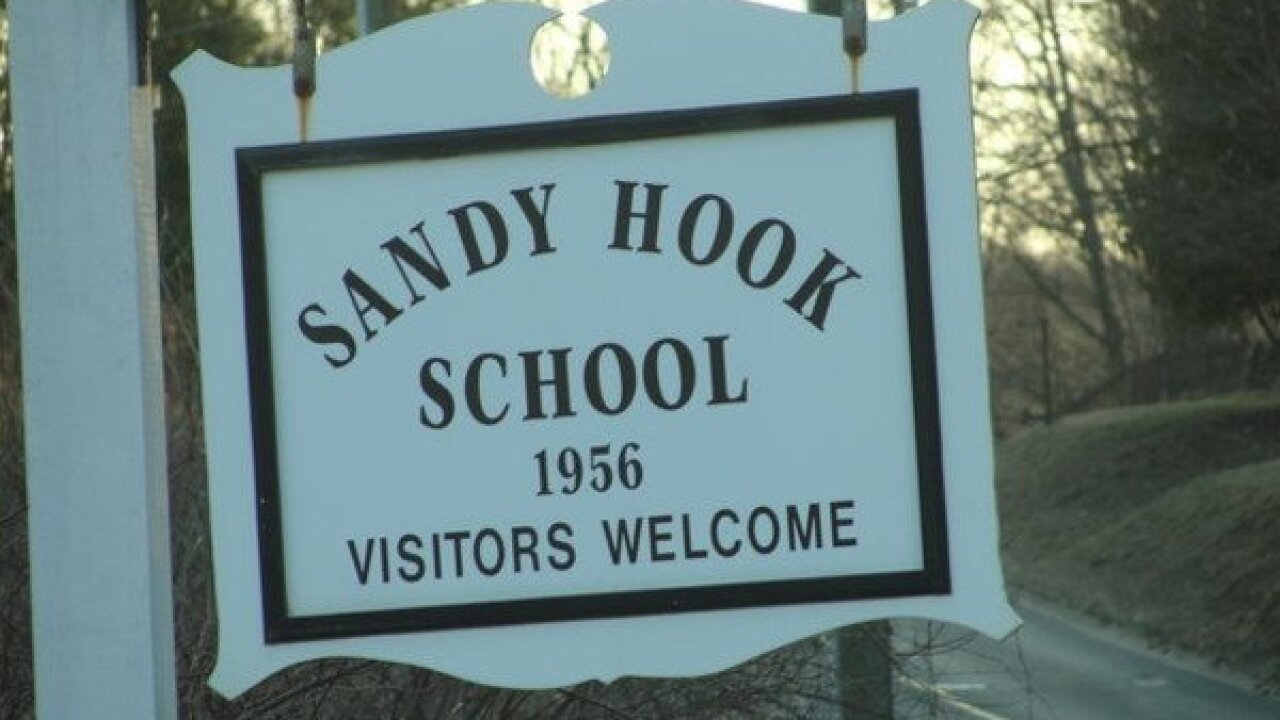 Sign at Sandy Hook elementary school. A gunman shot and killed close to 30 people Friday, Dec. 14 2012. 20 of those killed were children.

(CNN) — It took fewer than five minutes for Adam Lanza to squeeze off 154 rounds, upending life in Newtown, Connecticut, and triggering a renewed flurry of debate over gun control.

But a motive for the attack remains elusive.

The details came in the release of five search warrants and related documents, along with a statement from Stephen J. Sedensky III, state’s attorney for the judicial district of Danbury. The documents describe a cache of ammunition as well as several weapons inside the Lanzas’ house, and provide more of a description about how Adam Lanza carried out his rampage.

The main details have long been known: The carnage began on the morning of December 14, when Lanza fatally shot his 52-year-old mother, Nancy Lanza, with a .22 caliber rifle.

But some of the details are new. “There was no indication of a struggle,” according to Sedensky.

Lanza shot his mother in the forehead, one of the search warrants says.

Laden with weapons and ammunition, Lanza then went to the elementary school, shooting his way into the building where he killed the 26 victims with a Bushmaster .223 caliber model XM15 rifle, according to Sedensky.

The rampage ended when Lanza, using a Glock 10 mm handgun, shot himself.

Attached to the rifle police found a 30-round capacity magazine that still had 14 bullets Sedensky said, and a search of Lanza’s body found that he was carrying more ammunition for the handguns as well as three more 30-round magazines for the Bushmaster, each fully loaded.

“Located in the area of the shootings were six additional 30-round magazines,” Sedensky said in his statement, three of them empty and the others holding 10, 11, and 13 rounds. Police found 154 spent .223 caliber casings at the school.

“It is currently estimated that the time from when the shooter shot his way into the school until he took his own life was less than five minutes,” Sedensky wrote.

All of the guns appear to have been bought by Lanza’s mother, the state’s attorney said.

One of the documents cites a gun safe that was found in Lanza’s bedroom. When police arrived, the gun locker was open and did not appear to have been broken into, according to Sedensky.

In all, investigators found more than 1,600 rounds of ammunition in the house, according to the documents.

One of the warrants cites an interview with a person whose name was redacted who said that Lanza rarely left his home, that he was a shut-in, “and an avid gamer who plays Call of Duty, amongst other games.” “Call of Duty” is a military-style war game.

Also in the house were several books, one titled “NRA guide to the basics of pistol shooting,” another about Asperger syndrome and one on autism. Both are developmental disorders that are not typically associated with violence.

Police also found a 2008 New York Times article about a shooting at Northern Illinois University. Police took from the house an NRA certificate for Nancy Lanza, a receipt for a shooting range in Oklahoma, a book titled “Train your brain to get happy,” and three photographs “of what appears to be a deceased human covered with plastic and what appears to be blood.”

The NRA issued a statement saying neither Lanza nor his mother were members.

Some of the documents, released by state prosecutors, have been redacted at the prosecutors’ request, said Paul Vance, a spokesman for the Connecticut State Police. Relatives of the victims were briefed Wednesday about the documents.

State police are continuing their investigation, which is not expected to be completed until June, he said.

“The information revealed today underscores the need to turn this tragedy into transformation,” said Tim Makris, co-founder of Sandy Hook Promise, which seeks to prevent a recurrence of such shootings. “While legislation is not the only answer, it’s time for Congress to pass sensible measures supported by the vast majority of Americans to reduce gun violence.”

In the spots, relatives of the victims call on political leaders to pass tougher gun laws.

“We cannot afford to wait for another tragedy — it’s long past time for elected officials to listen to their constituents and pass reforms like comprehensive background checks that we know will save lives,” said New York Mayor Michael Bloomberg, co-founder of the group, in a news release.

Recent polling, however, shows public support for gun restrictions has declined since the shootings, as renewed attention has amplified on both sides of the debate. Shortly after the school massacre, 52% of Americans favored major restrictions on guns or making all guns illegal, according to a CNN/ORC International poll. That number has dwindled to 43%, according to the same poll, which was conducted March 15-17.

The killings have led Connecticut legislators to re-examine the state’s gun laws, which are among the nation’s strictest, and have reopened a national debate on gun control.

U.S. Sen. Richard Blumenthal, D-Connecticut, has announced plans to introduce legislation requiring background checks to purchase ammunition. He has pressured members of his state legislature to take action to bolster his efforts on a national level.