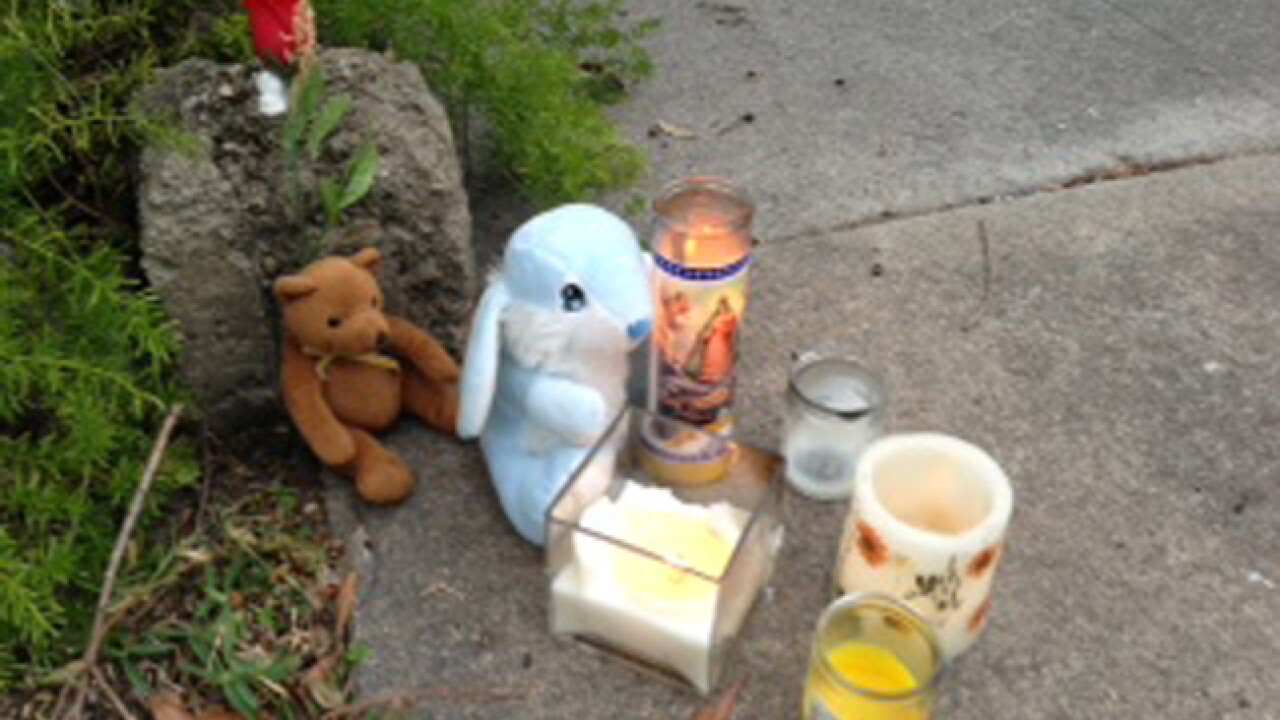 (CNN) — The shooting of a 13-month-old boy in a stroller horrified neighbors.

“A baby has been shot!” one woman said in a 911 call to authorities in Brunswick, Georgia.

The exchange with the emergency operator was emotionally charged, according to the recording, one of three 911 tapes obtained by CNN.

“Listen to me, ma’am! Is the baby breathing?” the operator replied.

The woman began to cry.

In the background is public wailing on the corner of London and Ellis Streets, in a stately cluster of Victorian-style houses with wrap-around porches. A mother pushing her son in a stroller had just been confronted by two youths who allegedly wanted money and, when they didn’t get it, shot her in the leg and her toddler in the head, authorities said.

“Listen to me!” the operator said to the weeping woman. “We have people en route. Did you hear shots in the area?”

Yes, she heard shots, she said.

“Be calm,” the operator said. “How many shots did you hear?”

“I heard like three shots. And the baby has been shot in the head,” the woman said.

The woman was so distraught that she passed her cell phone to a man walking his dog.

“No, the baby is not breathing,” the man told the operator.

“The baby was shot in the head?” the operator continued.

“Yes, right between the eyes,” the man said, who added he earlier heard a “small caliber clap.”

As he spoke, police sirens arrived on the scene, and the man broke off the phone call.

On Friday, two teenaged boys in the coastal city of Brunswick were charged with murder in the fatal shooting of a 13-month-old boy.

Police Chief Tobe Green identified the older suspect as De’Marquise Elkins, 17, and said he will be treated as an adult in criminal proceedings. The 14-year-old was not identified because of his age. Both have been charged with first-degree murder, police said.

Aided by a description and a check of school attendance records to determine who was not in class Thursday, officers searched for the young suspects and took them into custody, police said.

Police also received a suspect description from the mother, Sherry West. Her son was named Antonio.

The mother told reporters the shooting occurred when one youth demanded money.

Police expressed confidence they would find the weapon, believed to be a handgun.

Spokesman Todd Rhodes, who described the shooting as “horrific,” told CNN’s “The Situation Room” on Friday evening that search warrants were being executed in three locations.

No other suspects are being sought, according to Rhodes.

West earlier told reporters that the incident occurred at 9 a.m. Thursday as she was walking home from the post office, pushing her son, Antonio, in a stroller. She said she saw two boys.

The boy tried to grab her purse and opened fire when she said tried to tell him she had no money, West said, with the shot grazing her head. She said the boy then shot her in the leg.

West continued, “And then, all of a sudden, he walked over and he shot my baby in the face.”

West said she tried to perform CPR on her son and that the police took over when they arrived, but to no avail. “We lost him,” she said.

The city’s website describes Brunswick, with a population of about 15,000, as “one of the most unique, historic and visually stunning places in the world.” It boasts 19th century Victorian-style homes, century-old oaks and magnolia tree-lined streets.