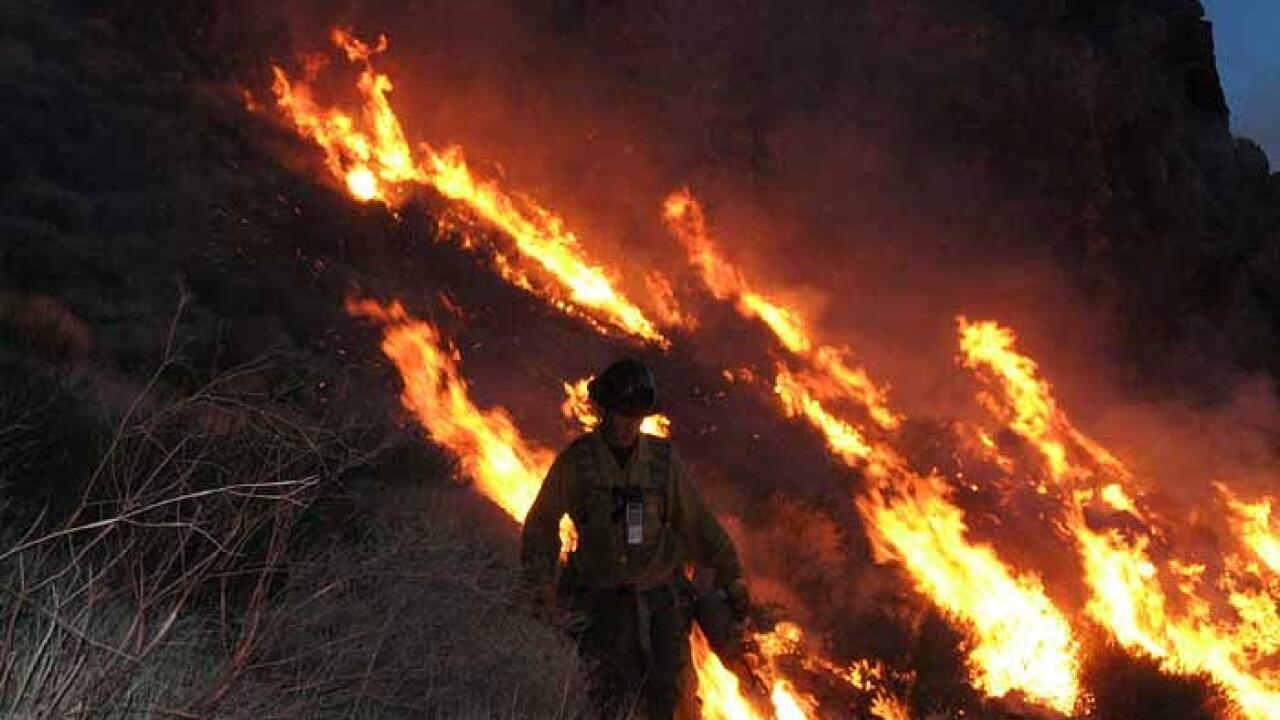 SALT LAKE CITY – With snow still on the ground, wildfires aren’t something most Utahns are thinking about, but state fire officials said they could come sooner than most think.

More than 1,400 wildfires burned through over 500,000 acres of Utah land in 2012. State Emergency Preparedness Spokesperson Joe Dougherty said the current conditions are ripe for a repeat.

“One of the things that we’re finding out is that fire season can really happen any time during the year,” Dougherty said. “And with one of these years where we’ve had low snowpack, and we figure the mountains are going to dry out a lot quicker than they have in the past.”

The National Weather Service reports drought conditions in much of the western United States. The Bureau of Land Management says if that continues, it could mean a start as early as May.

“Basically we are sitting and waiting for the fires to come,” said BLM Fire Mitigation Educator Heather O’Hanlon. “Or we’re working on fuel projects and doing prevention.”

Dougherty said homeowners should also clear out the brush from around their property. Creating a buffer zone is one of the best ways to keep a fire from getting too close.