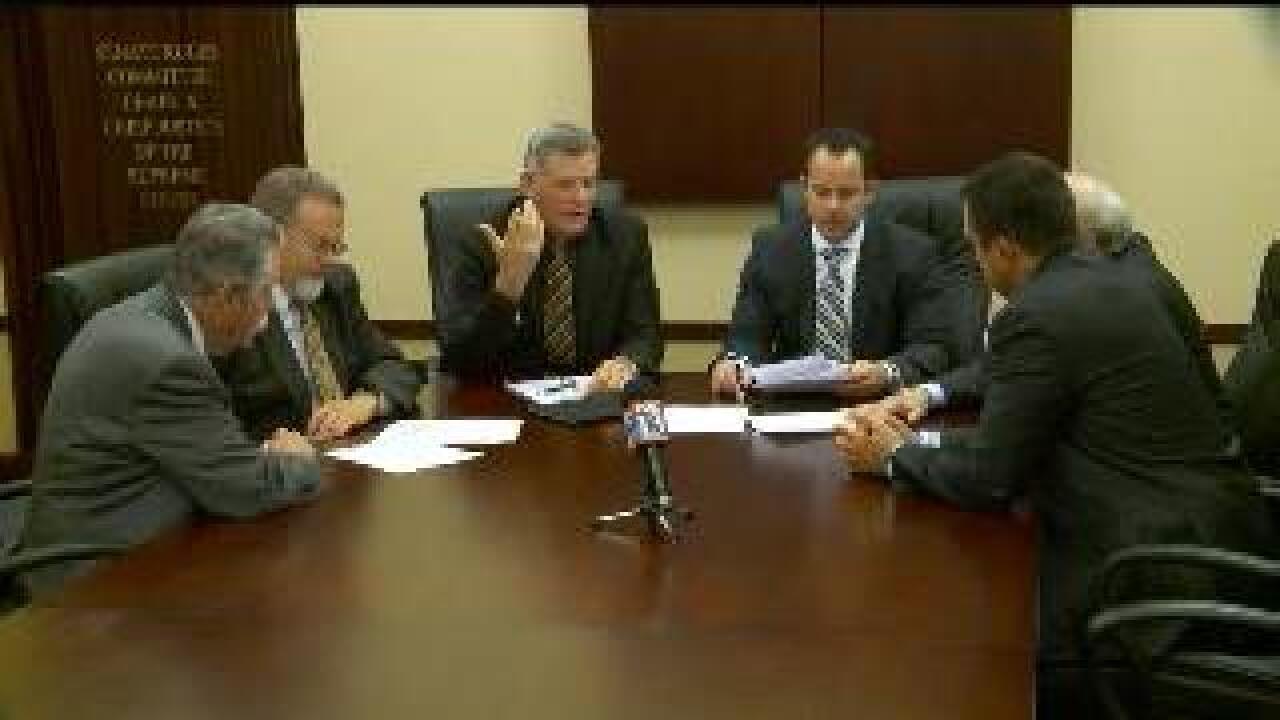 SALT LAKE CITY -- There was a stalemate between House and Senate lawmakers over the Prison Relocation Committee legislation.

If the state prison at the point of the mountain is moved, should it be run by a private contractor? Some legislators don't want that option on the table, but late Wednesday night there was a meeting held with the hope of turning the tide.

The legislature wants an independent committee to come up with when, where and how the state prison will be moved—but some lawmakers want to control what the committee gets to talk about.

During Wednesday evening's concurrence meeting, one legislator said "My opinion here is I just don't want to jump to a conclusion. Well, does that mean you're going to privatize the prison? The answer is no."

There were six lawmakers from the Senate and the House who sat around a table in the Senate rules room, talking about PRADA, Prison Relocation and Development Authority.

"I want to be able to have everything on the board there all tools to look at," one lawmaker said.

It would cost the state anywhere from 500 million to 600 million in tax dollars to move the state prison, with hopes of transforming the real estate into a technology hub. It will be a committee that decides when and if the facility is moved, who runs it and how.

The only hang up with the bill is that some people are worried about private contractors getting in the game.

"We're waiting for either a concurrence on the House changes or a conference committee to drill down and come up with a final PRADA, with a committee that would come together to look at the prison and if and when you could move the prison to a different location," said Rep. Greg Hughes, the Majority House Whip.

A concurrence meeting was held around 8 p.m. to discuss, debate and decide PRADA's fate. Another lawmaker at the table said, "We may have some disagreements within each body on this issue, but I agree with Senator Jenkins. I think that it's premature to remove from the discussion removing the option of having a private prison contractor look at part of this recipe."

The motion was approved on a 5-1 vote. The part that would have banned the Prison Relocation Committee from talking about privatization has been taken out of the legislation. Now it's up to the rest of the lawmakers in the House, which is where the hang up began, to agree.

The negotiated bill will be debated sometime Thursday, which is the last day of the legislative session.