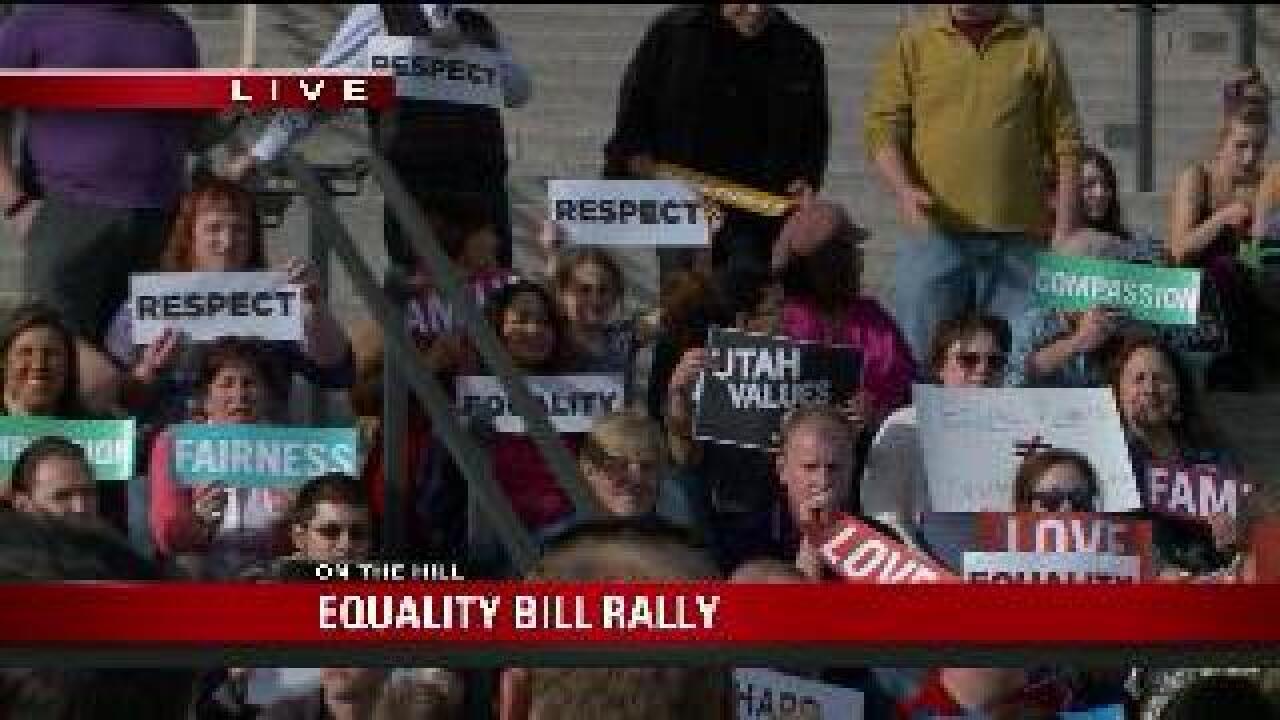 SALT LAKE CITY -- Supporters of a bill banning discrimination in housing and employment based on sexual orientation and gender identity are vowing to bring the bill back next year.

About 250 people rallied at the Utah State Capitol on Wednesday in support of a statewide nondiscrimination bill, after SB 262 died suddenly after clearing a Senate Committee.

"We got farther on nondiscrimination in housing and employment for LGBT people than we have ever gotten before," Sen. Jim Dabakis, D-Salt Lake City, told the crowd.

Senate leaders said they would not bring the bill to the floor for a debate. The bill's sponsors acknowledged they did not have the votes to pass SB 262.

On Wednesday, a coalition of groups banded together to push for passage of a nondiscrimination bill in Utah. They included the National Association for the Advancement of Colored People, the Utah Coalition of La Raza, the Japanese American Citizens League and the group Mormons Building Bridges.

"People are asking me, 'What's wrong with some of those folks in Utah?' Sometimes, I tell you, it's a little embarrassing," said Jeanetta Williams, the president of the Salt Lake Branch of the NAACP.

Mormons Building Bridges, a group of active members of The Church of Jesus Christ of Latter-day Saints who support gay rights, said they would within their wards to encourage support for a nondiscrimination bill.

"Where we talk is person to person in our congregations and we want to keep those conversations going," said Erika Munson, the group's founder. "That's where I think hearts really get changed and this can start."

The LDS Church took no position on SB 262, but has said in the past it supports protections for gays and lesbians in housing and employment. The LDS Church has supported nondiscrimination ordinances that have passed in 16 cities in Utah.

The bill's sponsor, Sen. Steve Urquhart, R-St. George, was greeted with cheers when he arrived at the rally. He vowed to bring the bill back next year.

Urquhart said he will spend the next year trying to convince his colleagues in the House and Senate to back the nondiscrimination bill. Opponents of the bill, who have raised concerns about religious conscience and private property rights, have vowed to fight it again.