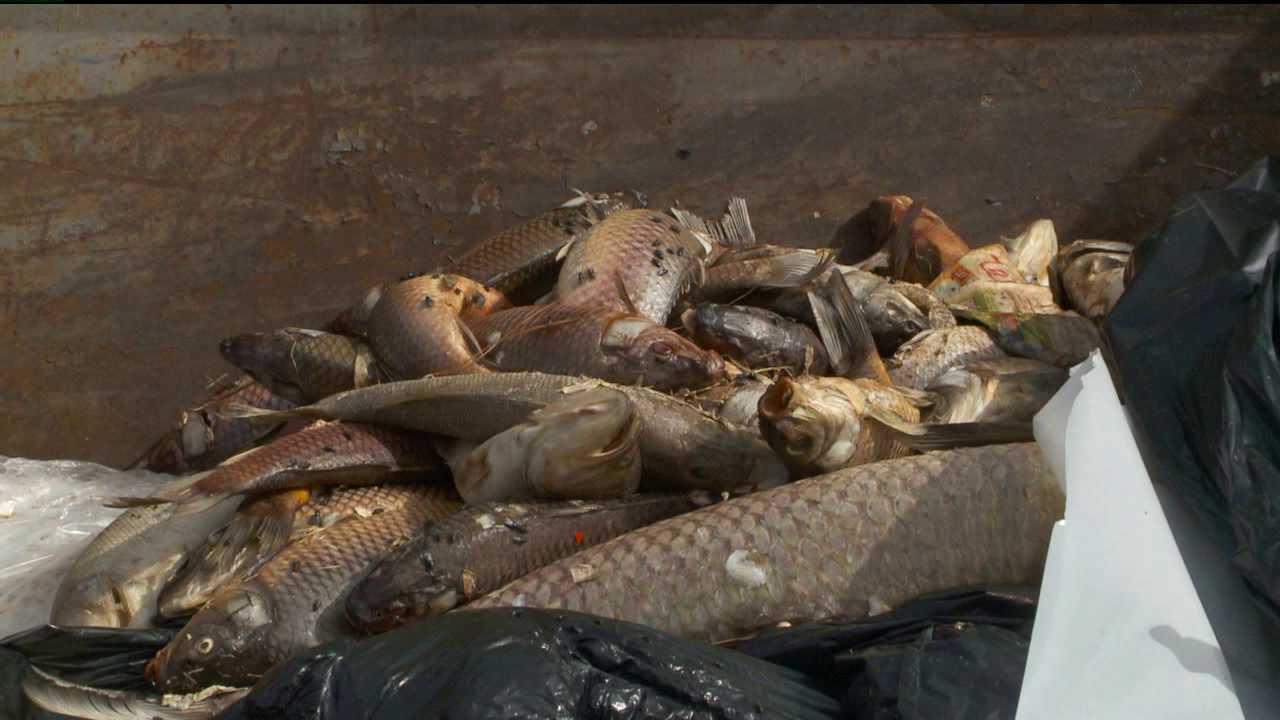 TOOELE COUNTY, Utah -- Hundreds of dead fish have been found in the Stansbury Park Lake; the carp were killed when the water froze over.

High levels of ammonia, which is harder on the larger fish, have been found in portions of the lake where the water had recently thawed. Tooele County, Utah State Fish and Wildlife Service, scouts and residents have all teamed up to haul the piles of fish to dumpsters. They are asking for the public’s help to return the lake to normal.

Jaden Sutherland lives near the lake, and he said the task is not a savory one.

“Dead fish, half as tall as I am," he said. "Yeah, it's just disgusting. Rotting dead fish in dumpsters, not the best thing to look at."

Ryan McCarty also lives near the lake, and he said the masses of dead fish might be a blessing in disguise.

"They tell us to get rid of the carp anyway,” he said. “I guess we needed to clean up anyway, so I guess naturally is the way to do it.”

There are no plans to replace the fish. The mass of fish deaths is normal during cold winters.