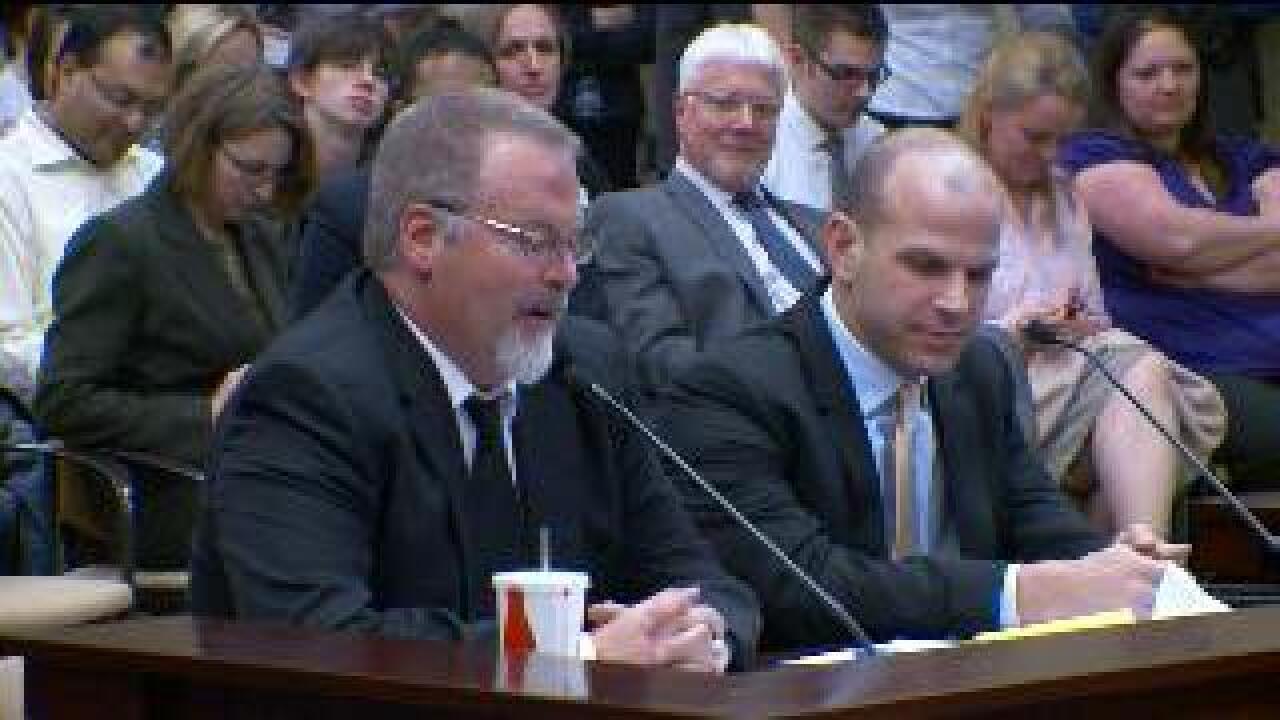 SALT LAKE CITY -- A bill that would prohibit discrimination in housing and employment based on sexual orientation and gender identity died before it even hit the Senate floor.

Senate President Wayne Niederhauser, R-Sandy, announced Monday he would not bring SB 262 to the Senate floor for debate because there was not enough support in the chamber for it to be considered.

"Why, if we don't have the votes, do we want to spend the time?" he told reporters.

SB 262, sponsored by Sen. Steve Urquhart, R-St. George, has gone the farthest in the six years non-discrimination bills have been run through the Utah State Legislature. At a news conference late Monday, the bill's sponsors were frustrated it died so quickly.

"I'm disappointed there won't be a roll call vote," said Sen. Jim Dabakis, D-Salt Lake City, the only openly gay lawmaker in the legislature. "But that's the way it goes in politics."

Urquhart said he planned to bring the bill back next year.

"It's not going to go forward this year, which mean's we've got a lot of work to do next year," Urquhart said.

The St. George Republican said he had been pressing his fellow lawmakers to support the non-discrimination bill. It cleared a Senate committee by a 4-3 vote last week, sending it to the Senate floor. But Urquhart said he could not get enough votes.

"It was not a one or two vote margin," he conceded.

Supporters also acknowledged The Church of Jesus Christ of Latter-day Saints did not give its blessing to the legislation. The legislation is modeled after non-discrimination ordinances passed in 16 municipalities across Utah, with the support of the LDS Church.Dabakis told FOX 13 they could not "close the gap" with the LDS Church on SB 262, but he refused to say what the Mormon faith objected to.

"We just had tremendously warm, cordial, respectful discussion," he said. "We just didn't get there and I'm hopeful that we will sometime during this next year, that we'll go in with a united force next time. But I'm appreciative of the church not opposing the bill."

"The Church did not take a position on the current bill, but is on the record supporting non-discrimination protections for gay and lesbian citizens related to housing and employment," the statement said. "We believe any legislation should protect these rights while also preserving the rights of religious conscience -- to act in accordance with deeply held religious beliefs -- for individuals and organizations."

Opponents of SB 262 claimed it would have granted "special rights and privileges" to the lesbian, gay, bisexual and transgender (LGBT) community.

"Everybody should be treated with dignity and respect and be able to work and live based on their own merits and performance and behavior. The problem is when you start putting it into law," said Laura Bunker of the group United Families for Utah. "The problem is it can create a slippery slope toward same-sex marriage."

Gay rights groups and supporters of SB 262 were planning rallies over the bill. One, sponsored by a group of Mormons in support of gay rights, was planned for Tuesday afternoon.

Equality Utah was planning its own for Wednesday.

"I felt this year, this session, we actually had more support than we had opposition," said Brandie Balken, the executive director of Equality Utah. "We know that three out of four Utahns support passage of these protections."