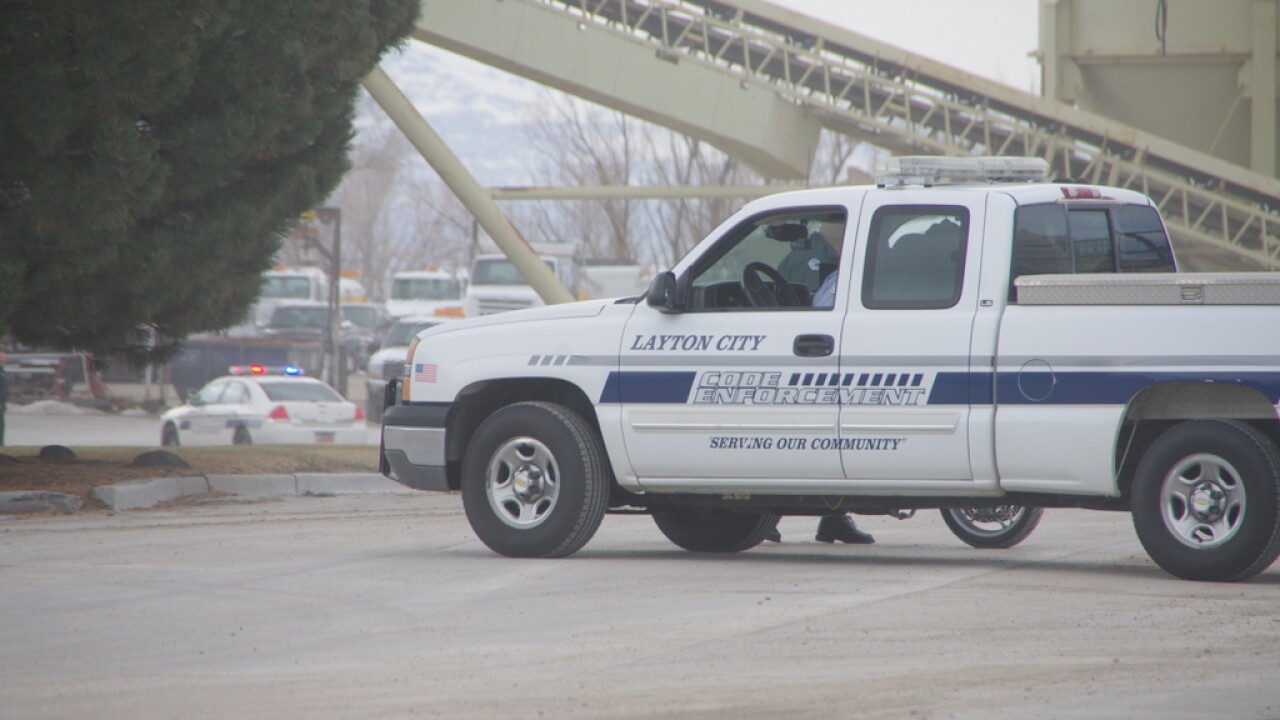 LAYTON, Utah -- A man was injured Wednesday morning when he became stuck in an auger at a Layton cement plant.

It happened at Geneva Rock, 750 E Highway 193, shortly before 10 a.m. The victim was working near a hopper when his leg got stuck in an auger, which is a large, drill-like mechanism.

A large fleet of emergency responders arrived at the scene, including a Utah search and rescue team.

Rescuers used welding equipment to cut the metal and free the man from the auger.

"[Rescuers] literally had to use acetylene torches to cut the auger away to get him free from the hopper. It's a hopper where he was in," said Doug Bitton, Layton Fire Department.

The victim was conscious and talking to emergency responders as he was being transported to McKay-Dee Hospital in Ogden. He sustained signifant damage to his leg, but the injury is not expected to be life-threatening.